In Praise of Smoke, Magic and Passion, at Smoke Shop Catering

When an American barbecue joint wants to shine, it has three variables to play with: meat, heat, and sides, according to food critic Pete Wells. A St. Louis joint may fuss over a rib cut. A South Carolina shack may treat the hog as the holy grail. A Los Angeles spot might make a heavenly, succulent mess and credit the hoe cake. But expert pitmaster Andy Husbands insists on a fourth variable: passion.

Can a blackened haunch of meat, prepared simply, with passion, be something truly good? Husbands, owner of the Smoke Shop restaurant and catering, thinks so. When I asked him recently about his blend of dry-rub seasonings, he insisted that the deep flavors of his barbecue come from passion. In fact, he insisted on this several times. I got a closer understanding of what Andy Husbands is about when I considered how obsessively he talked about barbecue and passion. Every time he mentioned this, it was a gentle reminder that he regards his work as the most glorious event of his life. 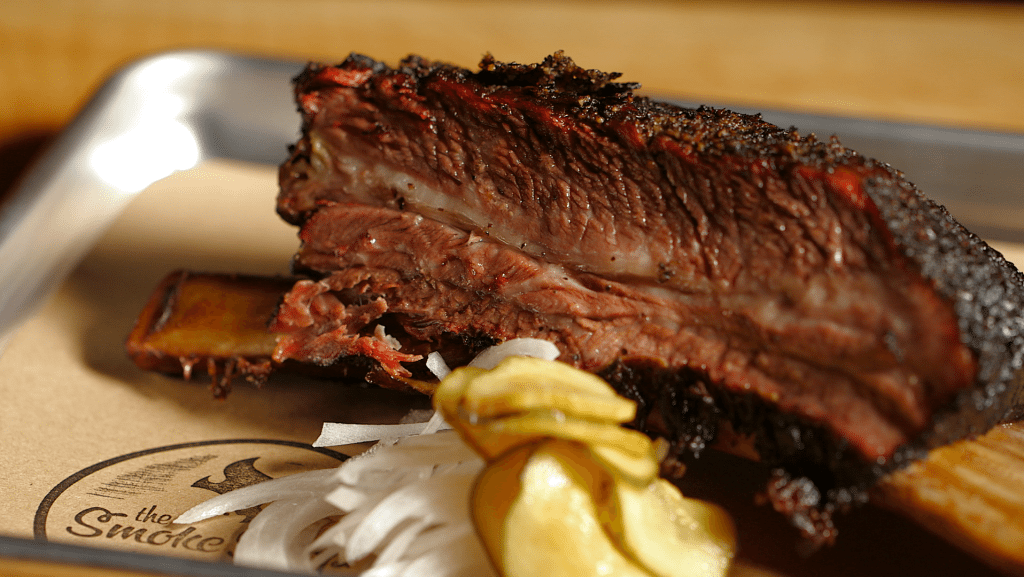 Though Husbands is a busy man he dedicated a better part of an afternoon telling me his story. He’s knowledgeable and friendly and has a warm, full voice. He retains the demeanor of a food television personality who can more than prove his authority on fascinating food facts. We talked briefly about barbecue and the different styles. Throughout our conversation he brought up his passion.

“The difference between what makes good barbecue and what makes bad barbecue?” he told me. “It’s the passion.”

But how does passion conjure the intensity of smoked meats, if at all? 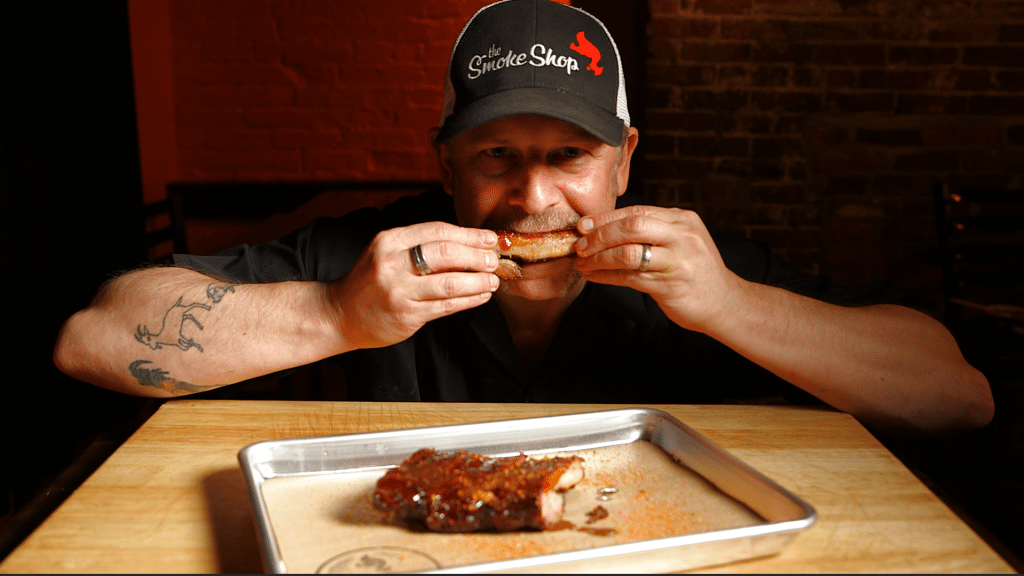 Andy Husbands is everywhere these days, having won several Jack Daniel’s world barbecue competitions. He is foremost a pitmaster. But in recent years he’s tangoed with television—you may have watched him from your living room or phone screen hustling to create ambitious surprises for judges on Chopped and Hell’s Kitchen. He’s written five cookbooks, too, two of them—Pitmaster and Wicked Good Barbecue—on mastering smoke and fire. Barbecue is what cemented Husbands’s place in the food world. But passion, according to him, is the reason for most of his success. His passion is what sets off the sublime flavors of smoked meats at his restaurant and catering operation the Smoke Shop, whose outposts are in Cambridge and Boston.

What does the passion of Andy Husbands look like?

At the Smoke Shop restaurant and catering operation, brisket is prepared in a stripped-down fashion. A massive slab of all-natural prime brisket is rubbed with salt and pepper and slapped into a smoker with burning oak and cherry post. Cooked at a low temperature for the better part of a day, roughly twelve to fourteen hours, the brisket is licked by pillowing smoke. You’ll inhale the nuances of smoke first, then eye the crusty black bark (it glows) and marbled fatty beef. The steaming haunch of meat is carved into thick slices, the succulent meat tinged with rose-pink rings and glistening rendered fat, juices shining. There is about it the pure flavor of smoke. 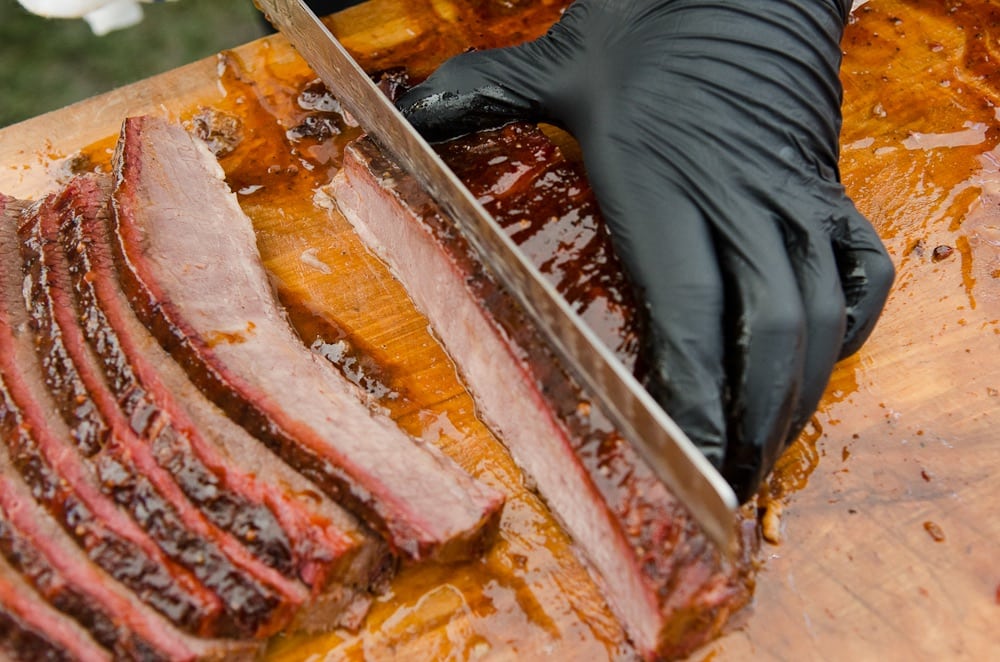 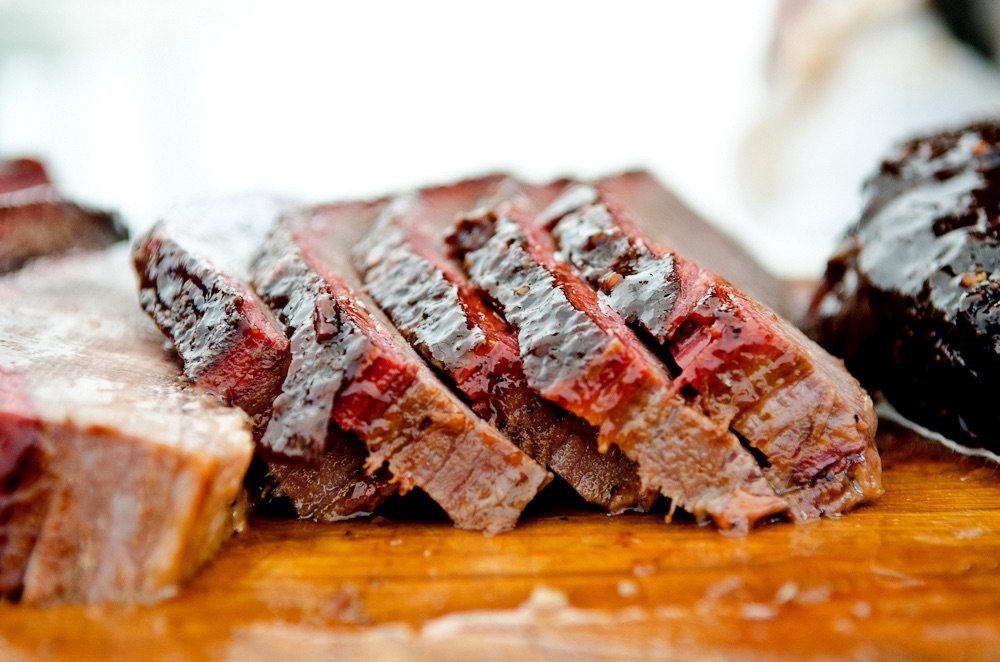 Andy Husbands began approaching barbecue as a thing of passion in the early ‘90s under his mentor Chris Schlesinger at the East Coast Grill. Schlesinger put him to work at his Jake and Earl’s Dixie barbecue for training. In those days Husbands was filled with ideas about fancy cooking; Schlesinger changed his mind.

“I quickly saw what great barbecue could be. You know, people think barbecue is easy and it’s not. To make world-class barbecue it takes passion, it takes time, it takes love,” Husbands said. 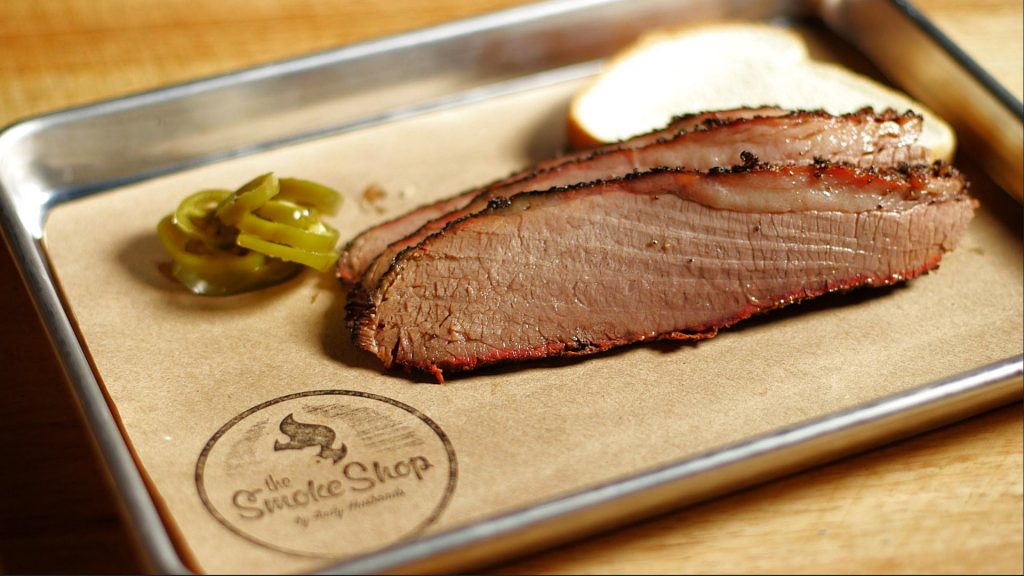 Soon barbecue became an obsession as he researched cooking techniques on barbecue and eventually joined a competitive barbecue team. He turned what he calls a “passion play” into a legitimate business by opening the first location of the Smoke Shop restaurant and catering operation in 2016, in Cambridge, and then followed that up with a second location in Boston a year later. A third Smoke Shop is on its way. 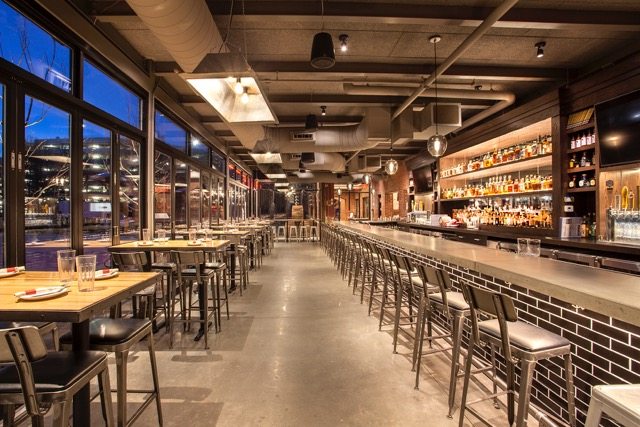 His newest location, in Seaport, stands in one of the most beautiful spaces in Boston, near the Boston Harbor, among sparkling glass towers. Despite the fact that the Tetris-shaped Boston’s Institute of Contemporary Art is in the vicinity, the fragrant smoke coming out of Andy Husbands’s kitchen could fool you. Hunker down with a prize-winning rib plate and burnt ends, close your eyes, and you might believe that you’ve landed in the South. 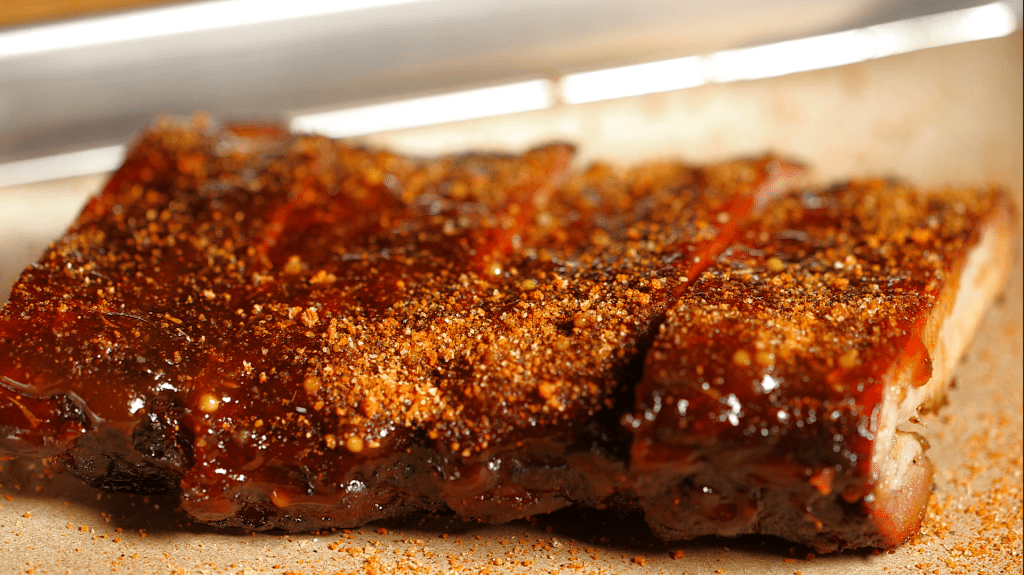 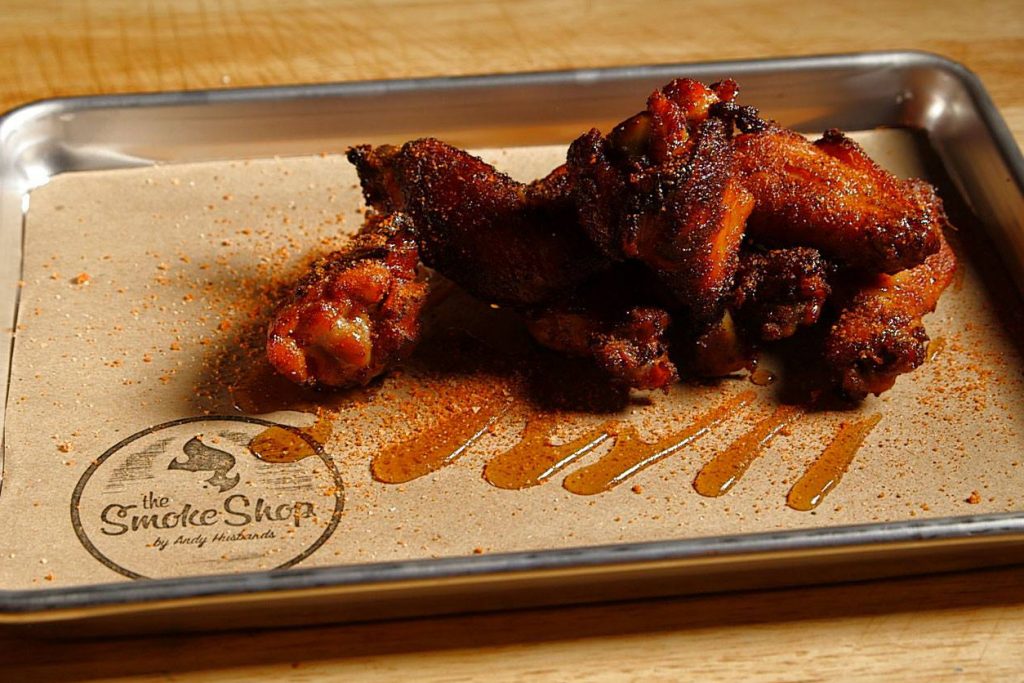 The aesthetic of barbecue has always been attached to the notion that you must stand in line for half a day in front of a smoke-filled house in the South. But now you can get award-winning barbecue delivered to the office.

Your first time ordering from the Smoke Shop Catering, you’ll probably want the Grand Champion catering package, an impressive feast of meats that is an overture to the South. Glorious meats with salty, crispy edges and fatty, chewy centers. The package totes all the sides, fixings, and desserts needed for an air-conditioned picnic, too. You’ll be happy with the bacon collard greens, though nothing is more satisfying in the summer than the dense rasp of watermelon, cool on your tongue, in between bites of luscious smoked meats. You could spend an entire afternoon coaxed into life by the barbecue crafted by Andy Husbands. And it’s not terrible, enjoying the fruits of another man’s passion. 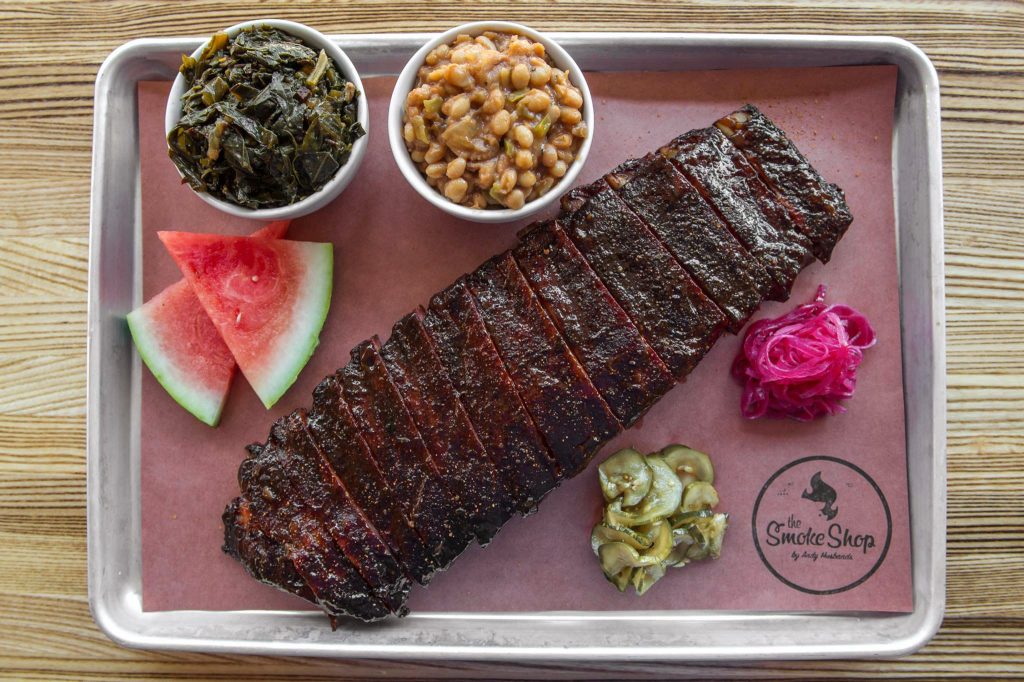 Give pitmaster Andy Husbands a call.

He’ll hook you up