How to Create a Carnivorous, Vegetable-Forward Menu

Take a look at the country’s hottest restaurants—spots like Lilia in New York, Zahav in Philadelphia, and Sqirl in Los Angeles—and you’ll notice that these restaurants share a common denominator: there’s not a whole lot of meat on their menus. Hearty, vegetable-forward cooking appears to be the way forward now. But who wouldn’t be contented with Lilia’s sumptuous, pink-peppercorn cacio e pepe or Sqirl’s tangy sorrel-pesto rice bowl? New York Magazine’s food blog Grub Street proclaimed, “Gone are the days when the idea of ‘vegetarian cooking’ also conjured up hippie vibes and bland dinners….There’s a new breed of produce-forward, health-conscious food that goes way beyond kale salad and carrot juice.”

For caterers, there are tangible benefits to incorporating vegetarian-menu ideas into your cooking. Vegetarian menus can be more cost effective and reduce the diner’s carbon footprint. And paying homage to the vegetable can allow your creativity to flourish, more than the challenge of braising pork shoulder or grilling chicken. What’s more, as shown by these restaurants, it’s possible to build a hearty, carnivorous menu on vegetables alone.

Here are some of our favorite vegetarian-menu ideas to turn vegetables into meaty mains—sure to please any carnivore.

Unleash the Power of Cauliflower

Named the “it” vegetable” by Time magazine in 2017, cauliflower has been popping up as a main course on menus across the country. What’s the meatiest, most satisfying way to prepare the vegetable? Cook it whole and dust with seasonings. At La Condesa in Austin, Texas, the cauliflower is seared on the plancha until crisp, and then topped with Serrano peppers, citrus, and pepitas, or pumpkin seeds, for added crunch. At New York’s newly opened restaurant Miznon, the Israeli chef Eyal Shani’s signature dish involves boiling the cauliflower in salt water, and then roasting it until the vegetable is fall-off-the-stem tender. Whole cauliflower is excellent as a vegetarian-menu idea because it’s easy to prepare in large batches, ideal for communal dining.

Making Hot Dogs Out of Broccoli

Everyone loves a hot dog—with its craveable, smoky link and pillowy bun. But not everyone loves the mystery, encased within the skin, of the meat’s origins. Enter: broccoli. Perhaps you don’t think of broccoli as a meaty vegetarian-menu idea, but you’ll surely change your mind as New York chef Amanda Cohen did before she opened her trendy vegetarian restaurant, Dirt Candy. Her ingenious broccoli dog (called a “must have” by Gothamist) starts with broccoli stalks that are smoked, grilled, and sautéed to develop a pleasant smokiness that equals that of a hot-dog link. The buns get topped with broccoli sauerkraut and Cohen’s special mustard-vinegar sauce. The lesson? Don’t be afraid to treat vegetables as you would meat—grill them over an open flame, stick them in a smoker, braise them with spices. Chances are the results will be pretty great—and a lot healthier, too. 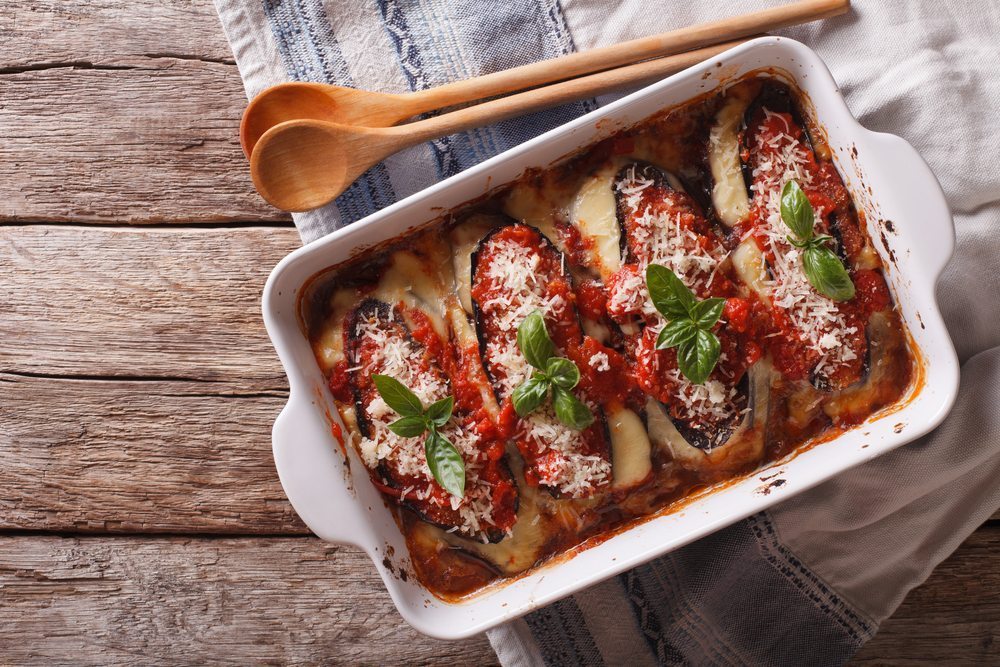 Ground turkey and ground beef are typically used as a base for sauces or stuffings, probably because the cheap meats cook quickly and are easy to cook in large batches. But why not ground vegetables? That’s the premise of the popular Indian dish pav bhaji, essentially a vegetable-forward sloppy Joe. The dish consists of cauliflower, peas, potatoes, and tomatoes that have been slow cooked and mashed into a spicy gravy, which is stuffed into a buttered bun and topped with onions and lime juice. Pav bhaji delivers on every level: spicy, tangy, rich, and textured. You’ll find tasty versions of this vegetarian-menu idea at places like Chai Pani in Asheville, North Carolina, where the gravy’s got extra butter for added richness. At Navi Kitchen in Oakland, California, chef Preeti Mistry gets creative with the pav-bhaji filling, using it as a hearty topping for pizza. You can also use pav bhaji to make an exciting alternative to your usual black-bean or soy-patty veggie burger.

Cooking hearty meatless meals doesn’t always require reinventing the wheel. There are countless cuisines around the world that already place a heavy emphasis on vegetable-forward cooking—think of Middle Eastern cuisine, exemplified perfectly by Mh Zh in Los Angeles, which serves grilled beets that are first marinated in pomegranate molasses, sherry vinegar, and black soy sauce, and then topped with labneh, a thick yogurt spread—sweet, tart, and refreshing. Or get your inspiration from Indian cuisine, which offers plenty of spice-laden vegetable dishes and lentil stews. Houston’s Pondicheri offers a dish of garam-masala braised chickpeas with cauliflower, and aviyal, the classic Southern Indian winter-vegetable coconut stew. The more you think globally, the more vegetarian-menu ideas you’ll have at your disposal.

Want to learn more about vegetarian-menu ideas? Read our story about the rise of veg-centric cuisine.