Farm to Office: How to Eat Local in Boston

In Boston, we take care of our own. From the southernmost part of Hyde Park to the tippity top of Somerville, every neighborhood has its local charm. Cambridge has brunch spots. JP has vegans. There are students, uh, everywhere. And even though each area is unique, there’s a two-word mantra that brings us together: “Go Sox.” And outside of baseball season? These days, it’s this: “Buy Local.”

Locally-sourced food took the number one spot in the National Restaurant Association’s What’s Hot in 2015 national forecast. With the opening of the new Boston Public Market, Bostonians are hungrier than ever for farm-fresh food. So how are we keeping that local spirit during the workweek? Here are 22 Boston-area restaurants that are bringing the best local farms to the city—and your office. 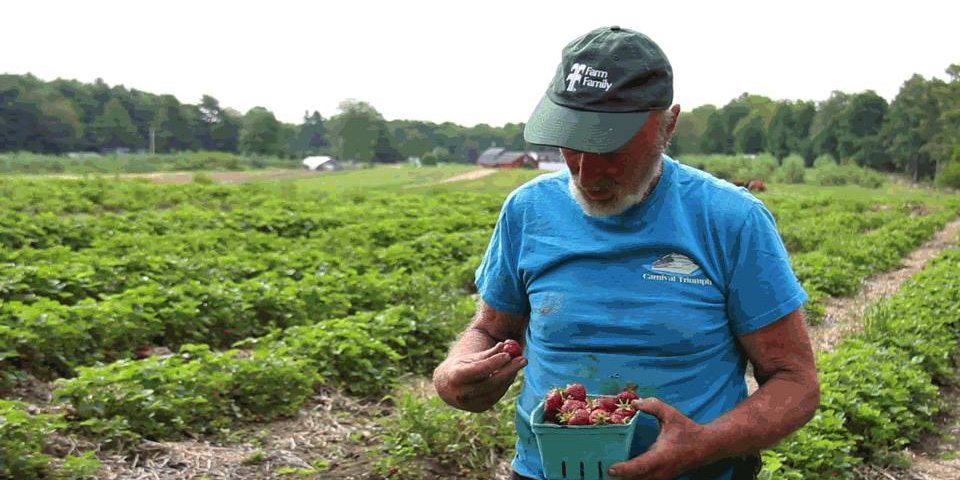 When it comes to locally-sourced food, b.good stands out from the pack. Their burgers are sourced from Pineland Farms, a co-op of 104 local, family farms. Their buns are made by Quinzani’s Bakery in Boston. Their cheeses come from Cabot Creamery in Vermont and their milk comes from Richardson’s in Middleton, MA. Nearly everything can be connected back to a point of origin that’s, more often than not, within a couple hours’ drive of the city. And that’s something special. 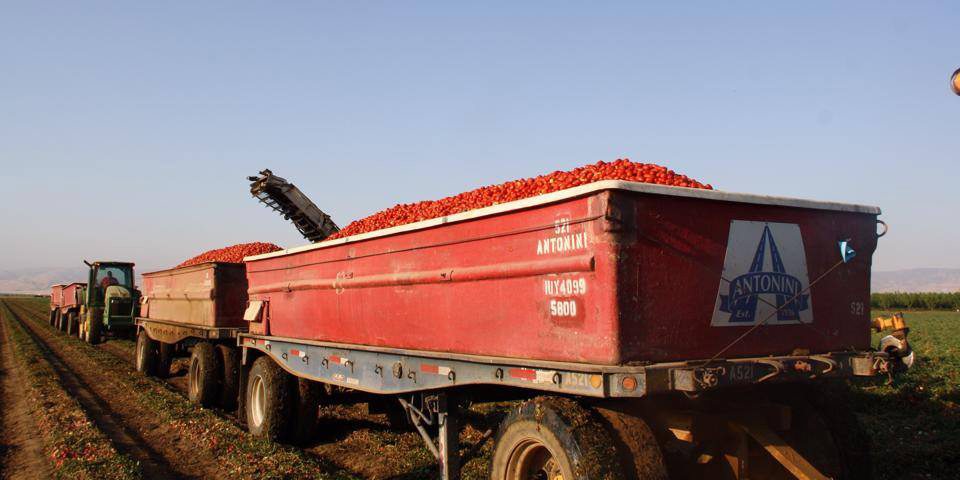 Specializing in Neapolitan-style, oven-fired pizza, Stone Hearth makes every effort to source sustainable, organic, and local ingredients. They are, according to their website, “committed to leaving this world a little better than [they] found it.” If you think it’s impossible to make the world a better place with pizza, then you haven’t tasted the pies at Stone Hearth. 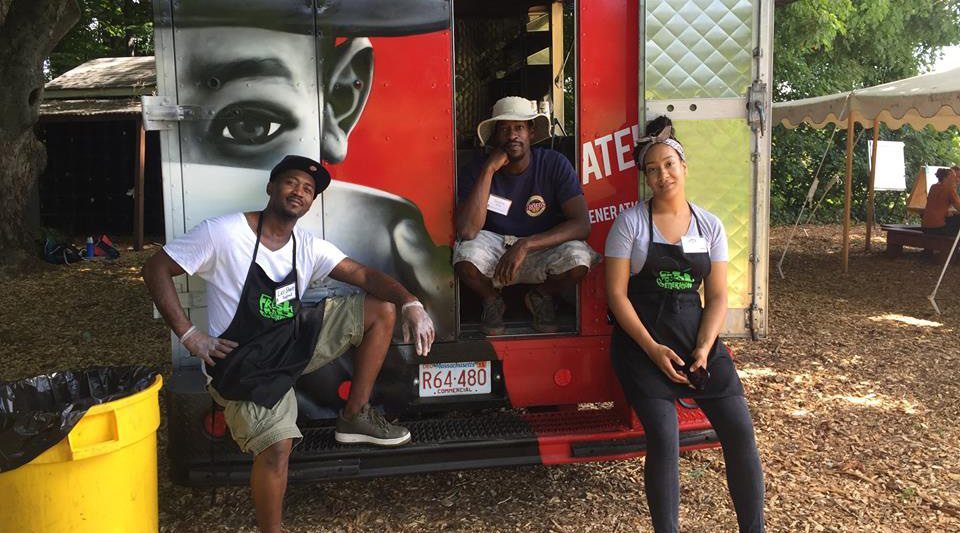 Fresh Food Generation is a farm-to-plate food truck that’s influenced by Latin American and Caribbean cuisine. They’ve got direct relationships with local farmers, and are focused on preparing meals with seasonal ingredients that support the local economy. If you want to know exactly where your food comes from and support your community, this is the place to pick. 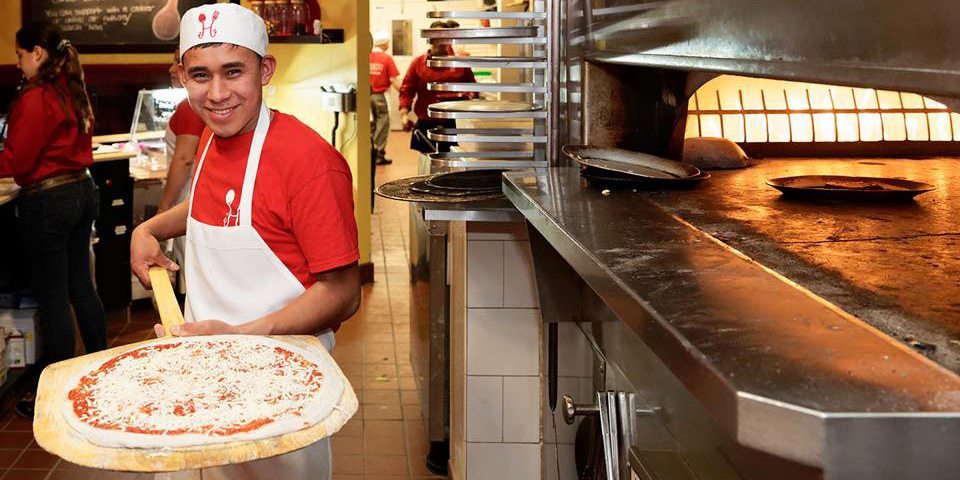 If you prefer to eat your local ingredients after they’ve been blistered in a 750-degree oven, Hearth Pizzeria is the spot you’ve been dreaming of. Organic and locally-sourced ingredients make up a long list of creative pies, which range from White Bean to Buffalo Chicken. They even have a small garden behind the restaurant where they grow oregano, chilies, and thyme. 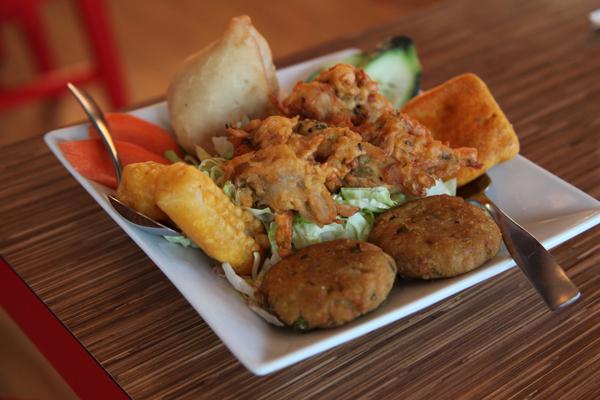 Specializing in Nepali and Indian cuisine, Yak & Yeti makes recipes from halfway around the world with ingredients that were grown halfway across the state. All of their stocks, sauces, breads, and pastries are made from scratch daily. Located just south of Tufts, Yak & Yeti is the freshest Indian food you’ll find in Somerville. 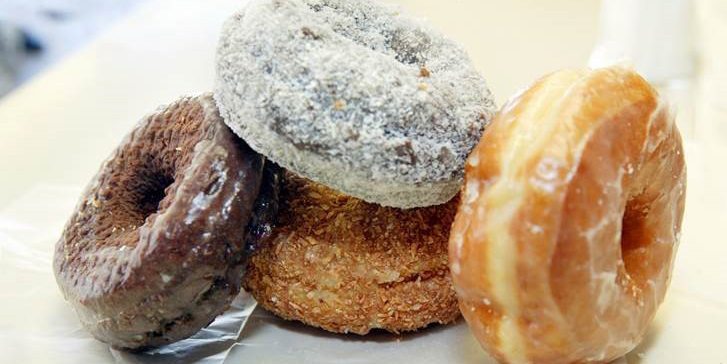 Kane’s is a jewel in Boston’s crown. Everything at Kane’s is made with local and seasonal ingredients, including locally-milled flour and honey sourced from a local beekeeper. Celebrities demand these donuts when they’re in town. Tourists plan their trips around a visit to Kane’s. And they’ve appeared on a ton of national “Best Of” lists, including this one from Bon Appétit. 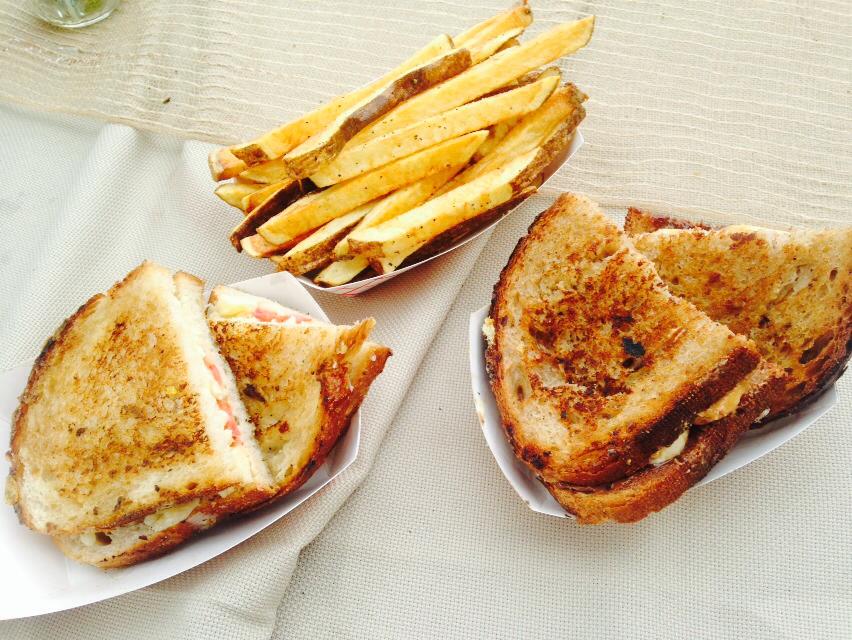 Compliments is a roving sandwich truck that only uses ingredients from local farms and artisans. All of their dishes have delightfully wacky names, like the “Hot Chick” chicken panini, or the “I’m Bananas for You” deep-fried bananas. Spot them at farmer’s markets, breweries—and offices—around town. 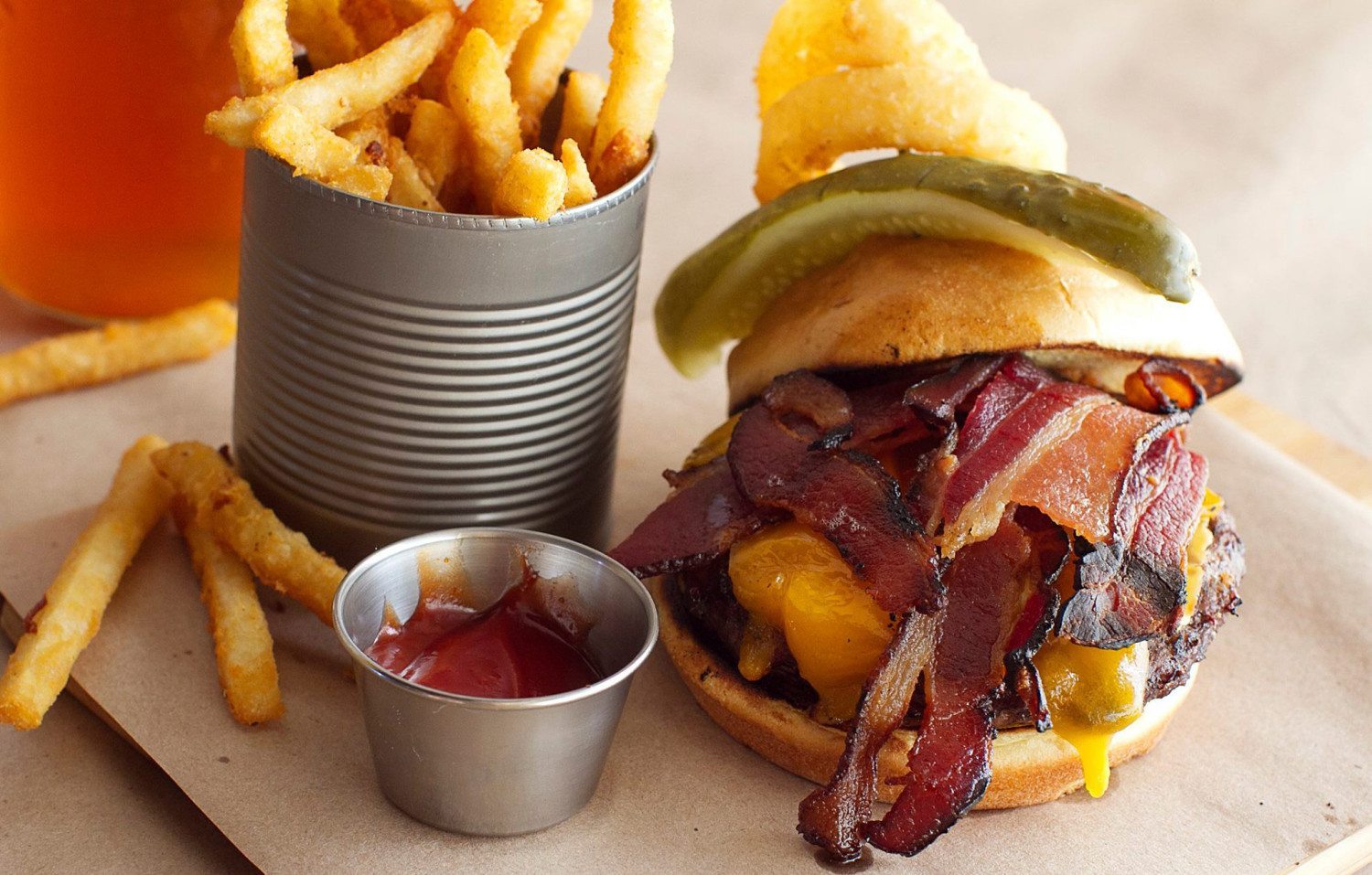 With a vendor list that includes Mamadou’s Artisan Bakery in Winchester and Cape Cod Shellfish, Laurie’s sources from a variety of local purveyors (see the full list on their website). From Texas French Toast to classy hors d’oeuvres, this is a one-stop shop for locally sourced food, whether you’re feeling dressed up or casual. 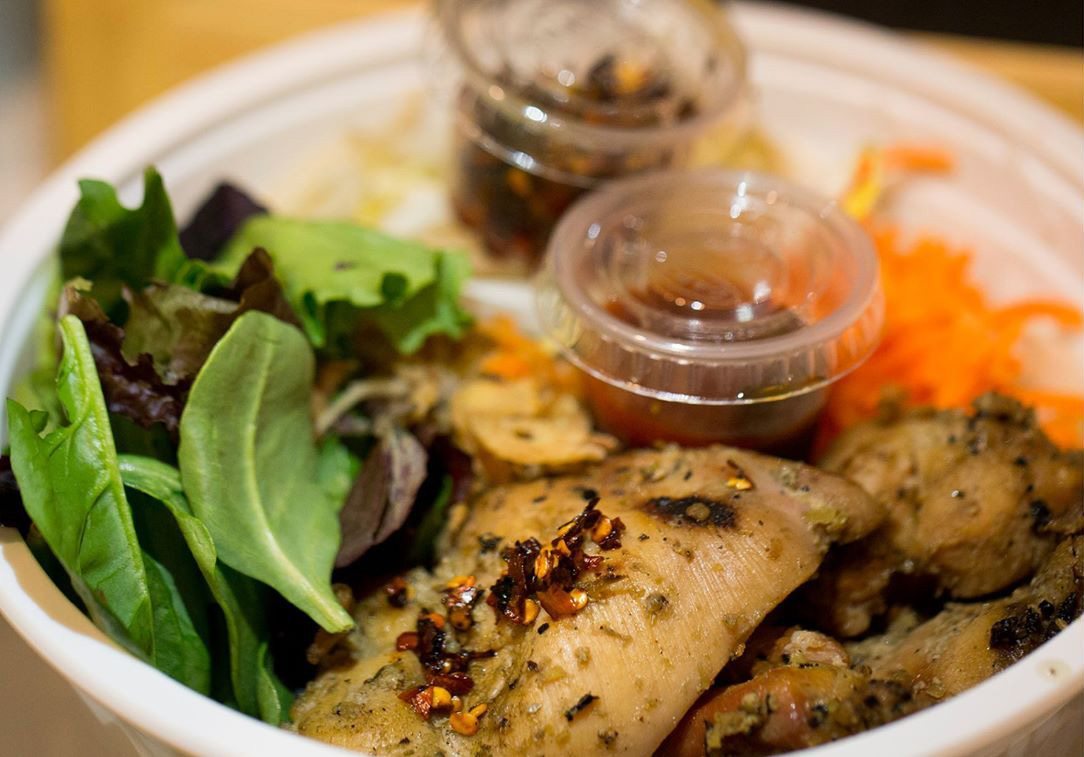 Sate Saigon Grill is Southeast Asian street food at its finest. They not only source their ingredients locally, they also have a hearty selection of vegan and vegetarian food. Their motto: “You can change the world, but not on an empty stomach.” Sate Saigon Grill has a fix for that. 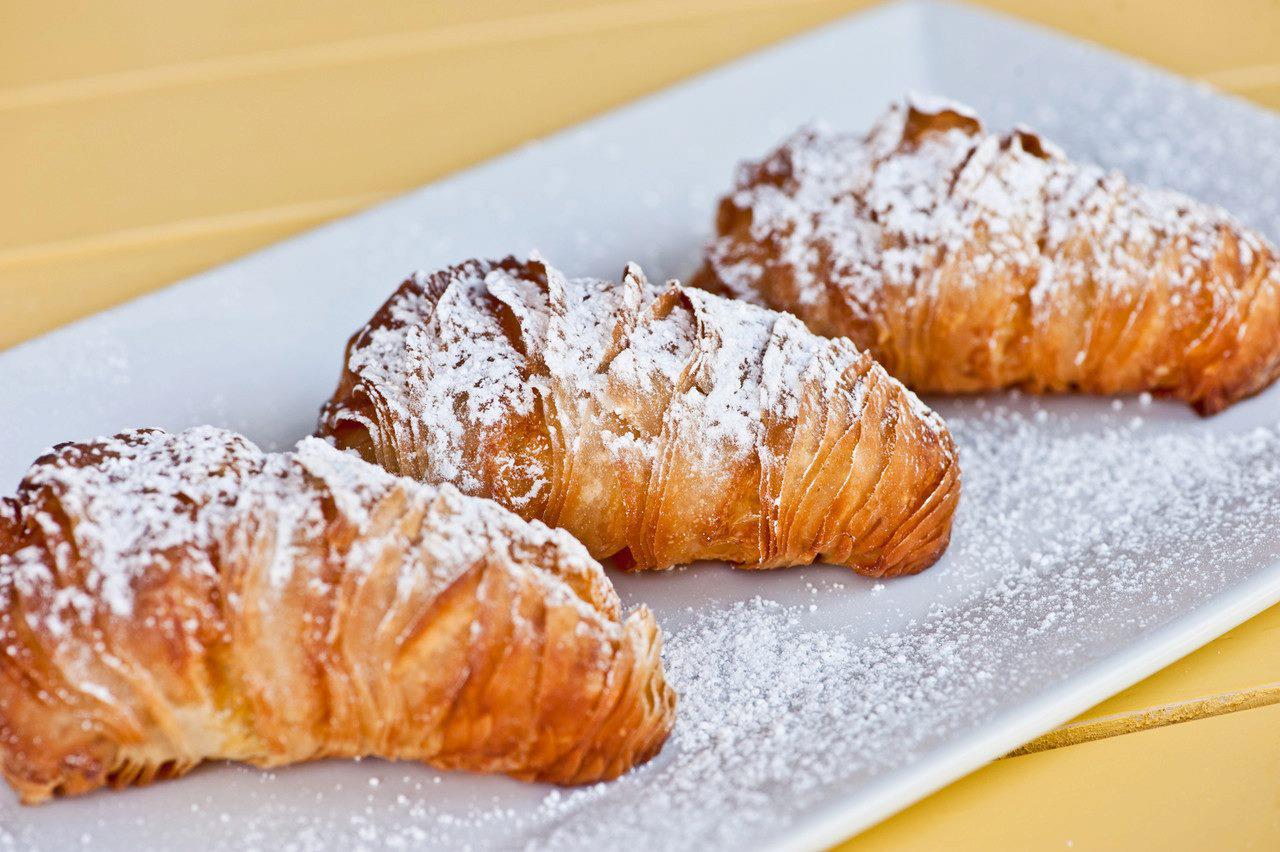 Prince Street makes everything—and we mean everything, from their sauces to breadcrumbs—from scratch. Their third-generation recipes were handed down from the owner’s grandfather’s North End bakery. If you locked your Italian grandmother in a room with a pile of delicious local ingredients, Prince Street Café is what’d happen. 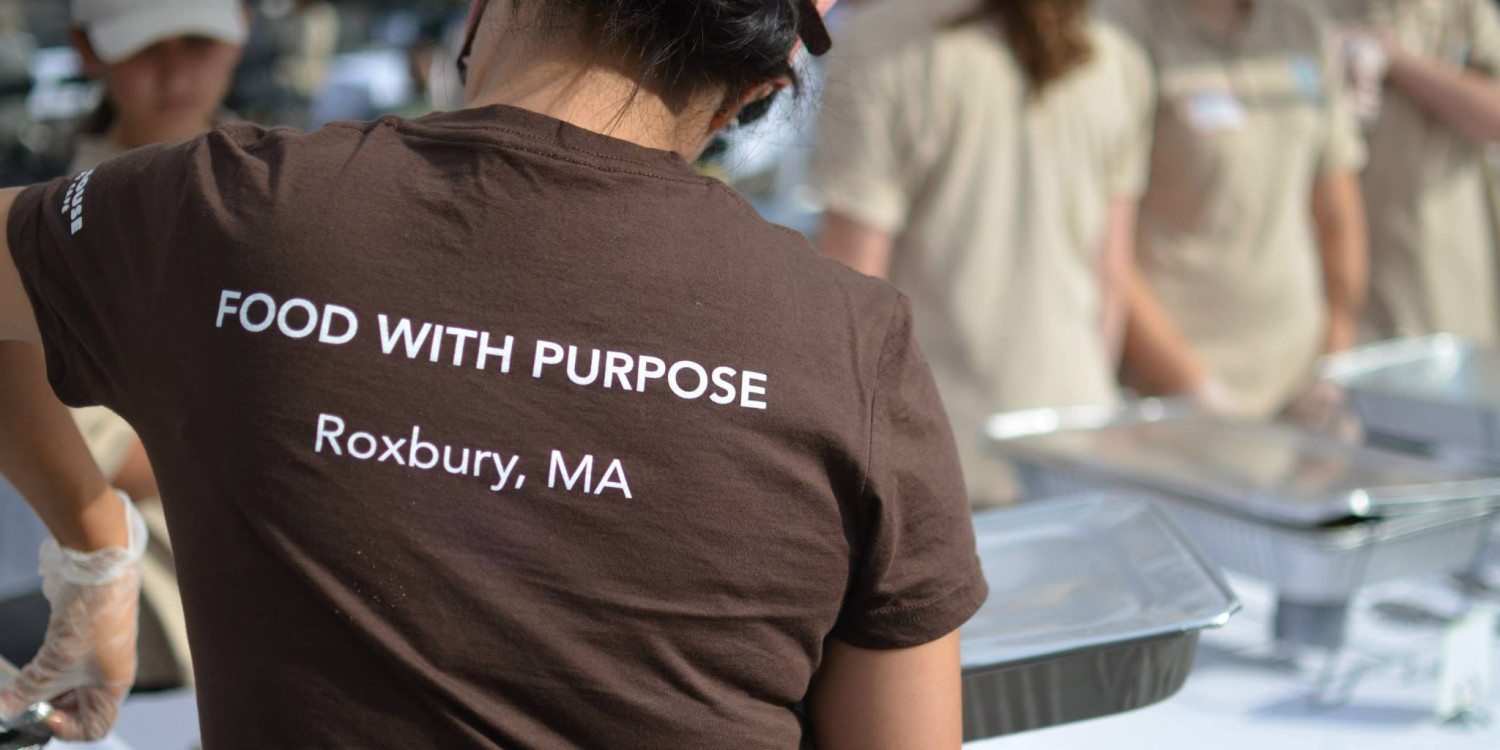 Haley House is a Boston institution—the organization has been around since 1966. This non-profit supports affordable housing, organic farming, social enterprise, and, unsurprisingly, locavores. Haley House helps you keep it local and support a great cause, which are two excellent reasons to go anywhere. 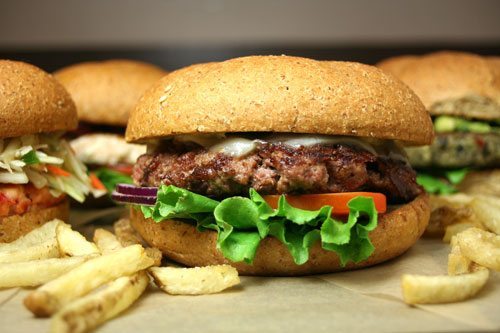 Four Burgers uses only grass-fed beef from Northeastern family farms. What makes them stick to their local guns in a highly competitive burger market? They believe that supporting local farms is good for the land and the community, and that it creates local jobs and lessens their carbon footprint. As the Phoenix writes, “it takes a certain temerity to open a burger joint in Cambridge.” Four Burgers has the guts to pull it off. 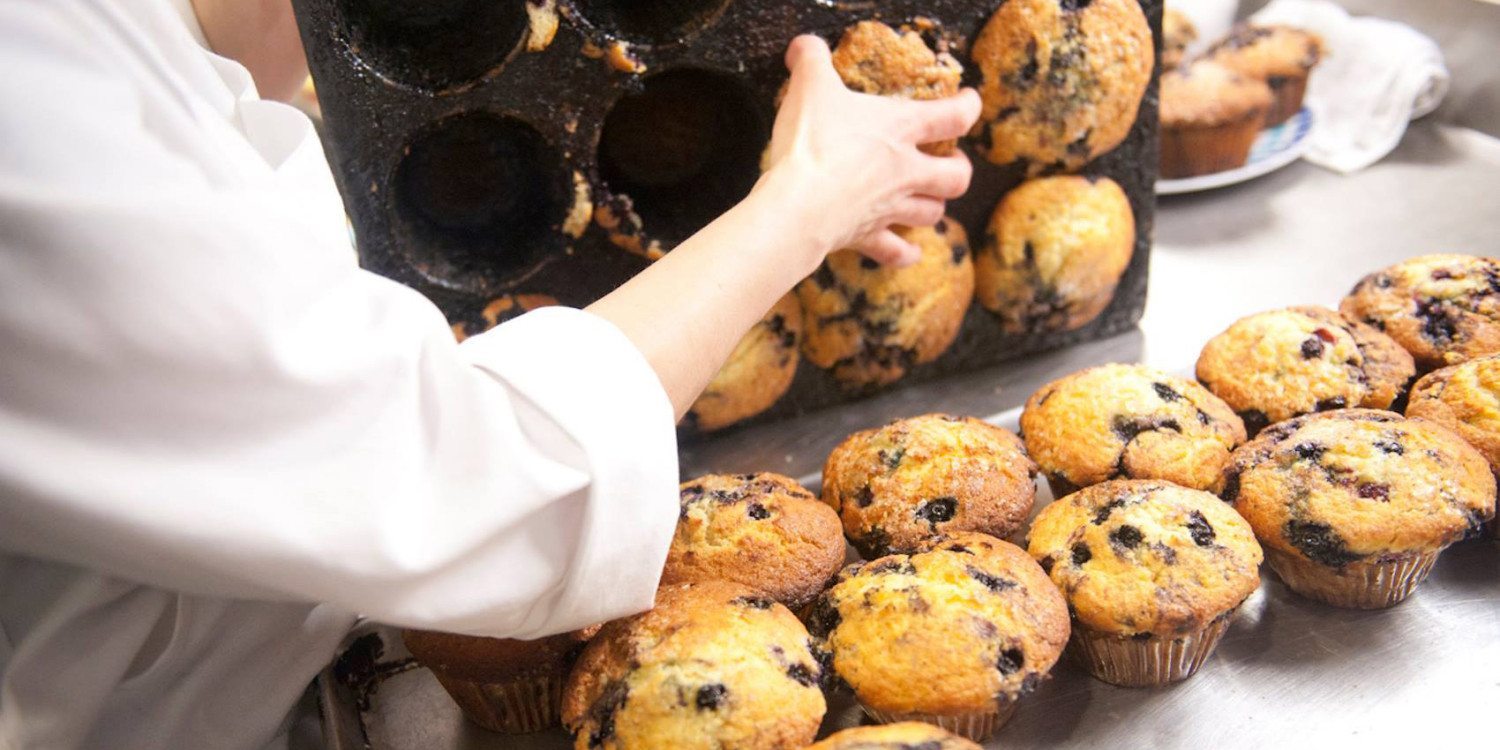 If you’re a Bostonian interested in local food—or food at all—you’ve probably heard of Flour. At each of their four locations, they put an emphasis on being a neighborhood bakery. They sourced their ingredients from a variety of local purveyors and farms, including Sparrow Arc Farm in the Berkshires. Above all, they prioritize taste. In the words of Flour’s founder, Joanne Chang, “If something is so good that, when we take one bite, we can’t stop eating it, then that’s what goes on our menu.” Amen. 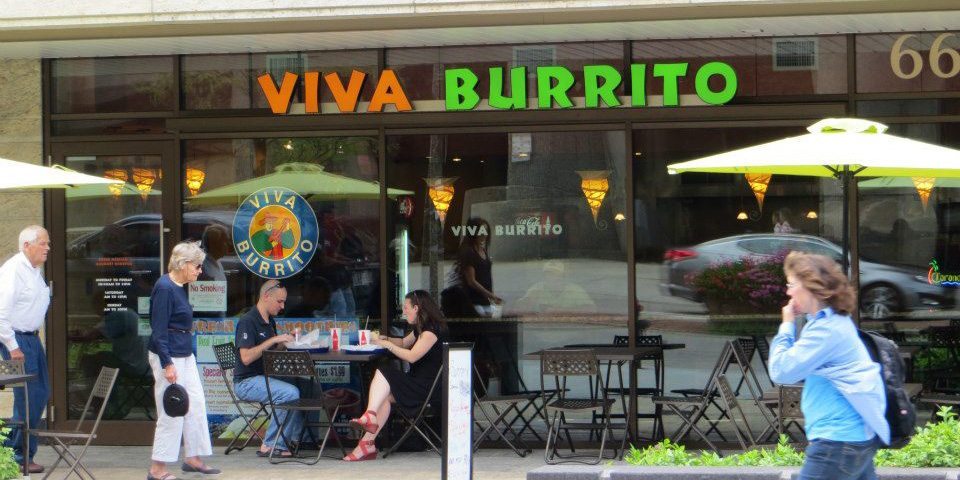 Though their beef comes from Kansas City and Canada, this authentic Mexican restaurant sources its veggies, fish, and chicken locally. In the words of the Phoenix: “The entrées are all supersize—plan on finishing your meal later—and require two hands to maneuver from the cardboard tray to your mouth.” Two hands full of local veggies—we like the sound of that. 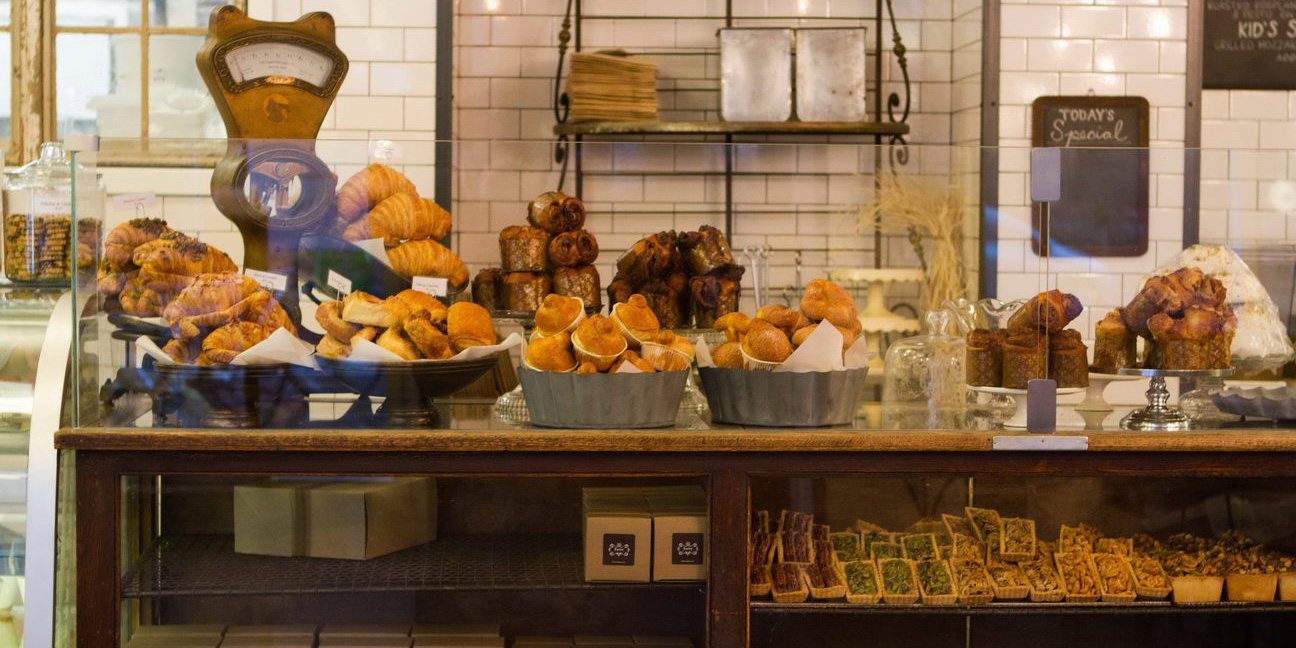 Tatte is a local chain that originally sold its creations at Boston farmers’ markets. Founded by a former film producer, this bakery and café has five locations throughout Cambridge, Boston, and Brookline. Want a solid breakfast sandwich made with local, free-range eggs? Tatte is the spot you’re looking for. 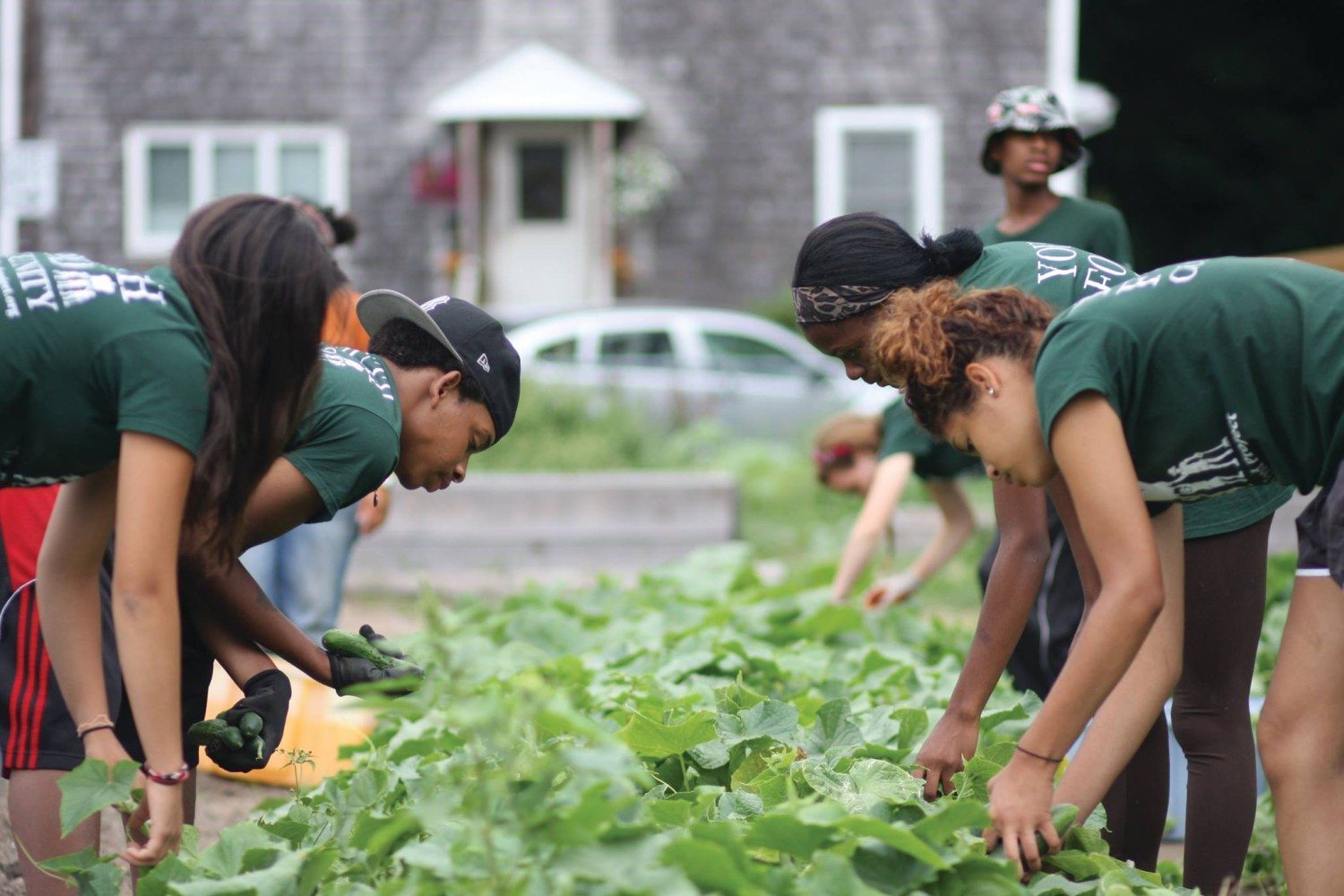 City Feed is a neighborhood grocery store, café, and deli that specializes in local goods of all types. They’re highly active in the Equal Exchange and Fair Trade movements, and they regularly participate in events that support the local community. These guys don’t just source everything locally—they’re an integral part of the locavore movement. 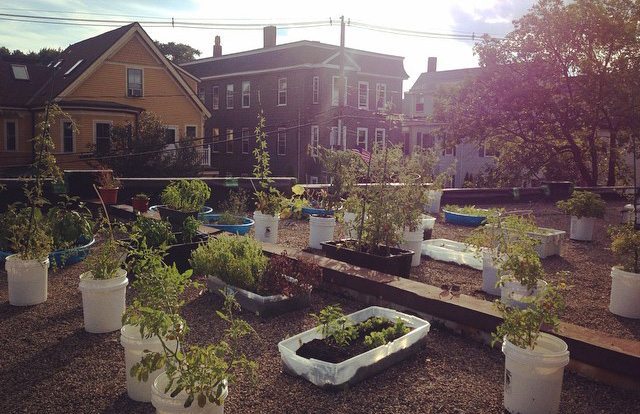 For those times when suburban farms just aren’t local enough, in marches Dave’s with its rooftop garden. The menu here runs the gamut from sandwiches and salads to Italian and comfort food entrees. They support a variety of local cheese makers, they know their way around a pasta machine, and they’re a reliable source of all-around delicious food. 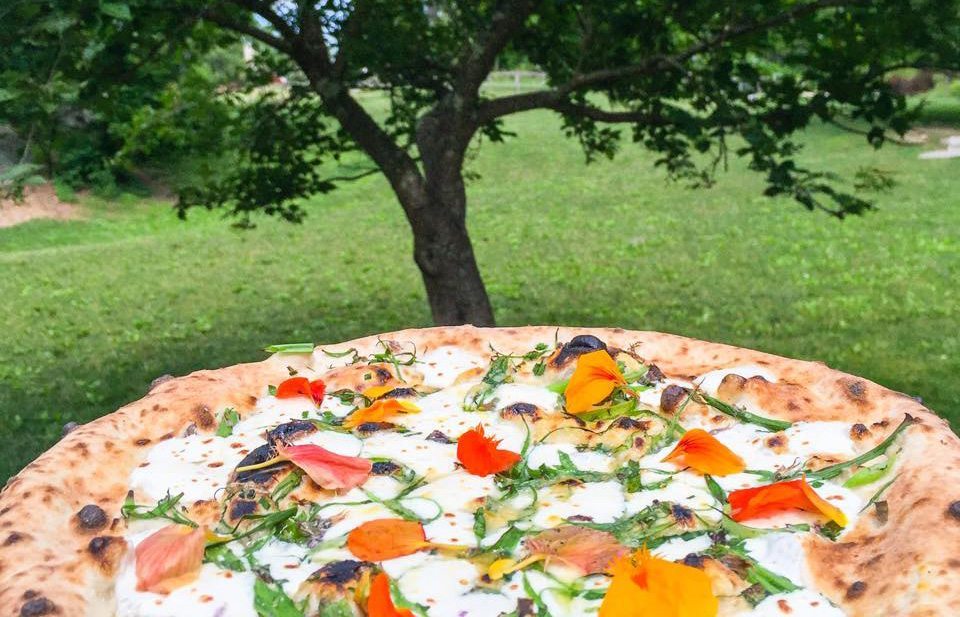 Though Posto imports their flour and San Marzano tomatoes from Italy, they’re adamant about using local farmers and artisans whenever possible. Their pizzas are topped with their own “Fiore di Latte” mozzarella, which is made fresh daily. And their menu changes seasonally, in an effort to highlight the best of what’s available. 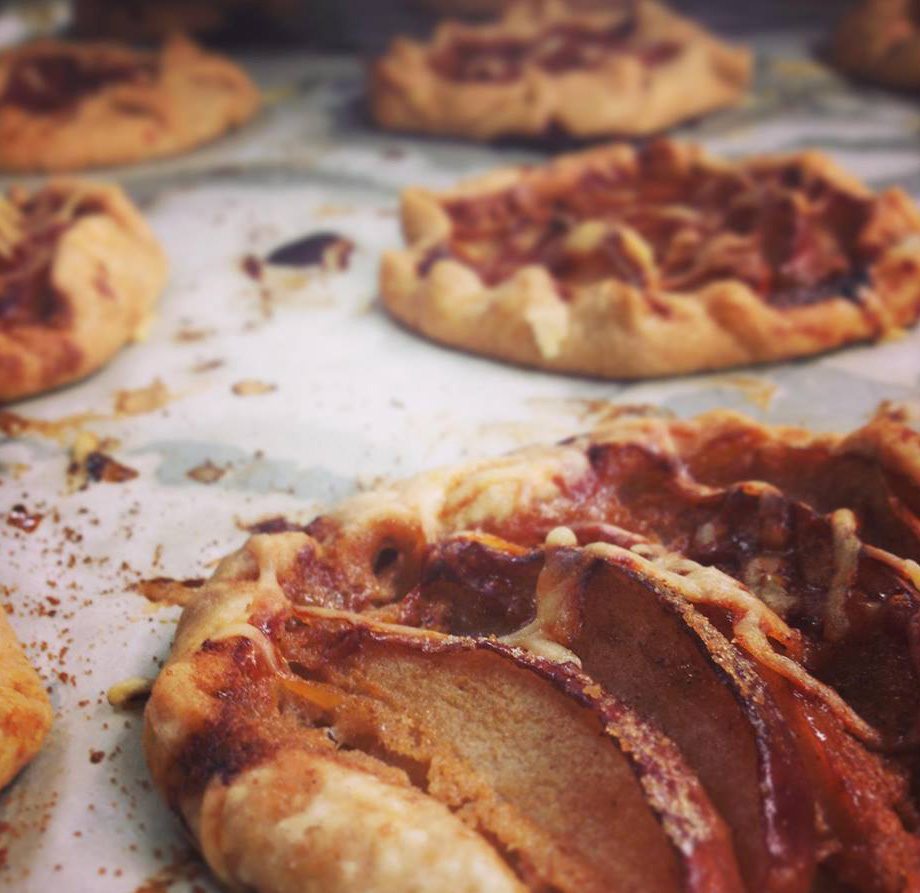 If there’s someone in your life who doesn’t get the all the hullabaloo over locally-sourced food, this article from Cuisine en Locale’s founder is a great resource to share. Chef Gonson’s three basic reasons for eating and preparing local food are simple: flavor, community, and nutrition. And here’s a special bonus: all of that philosophy is backed up by some seriously delicious food. 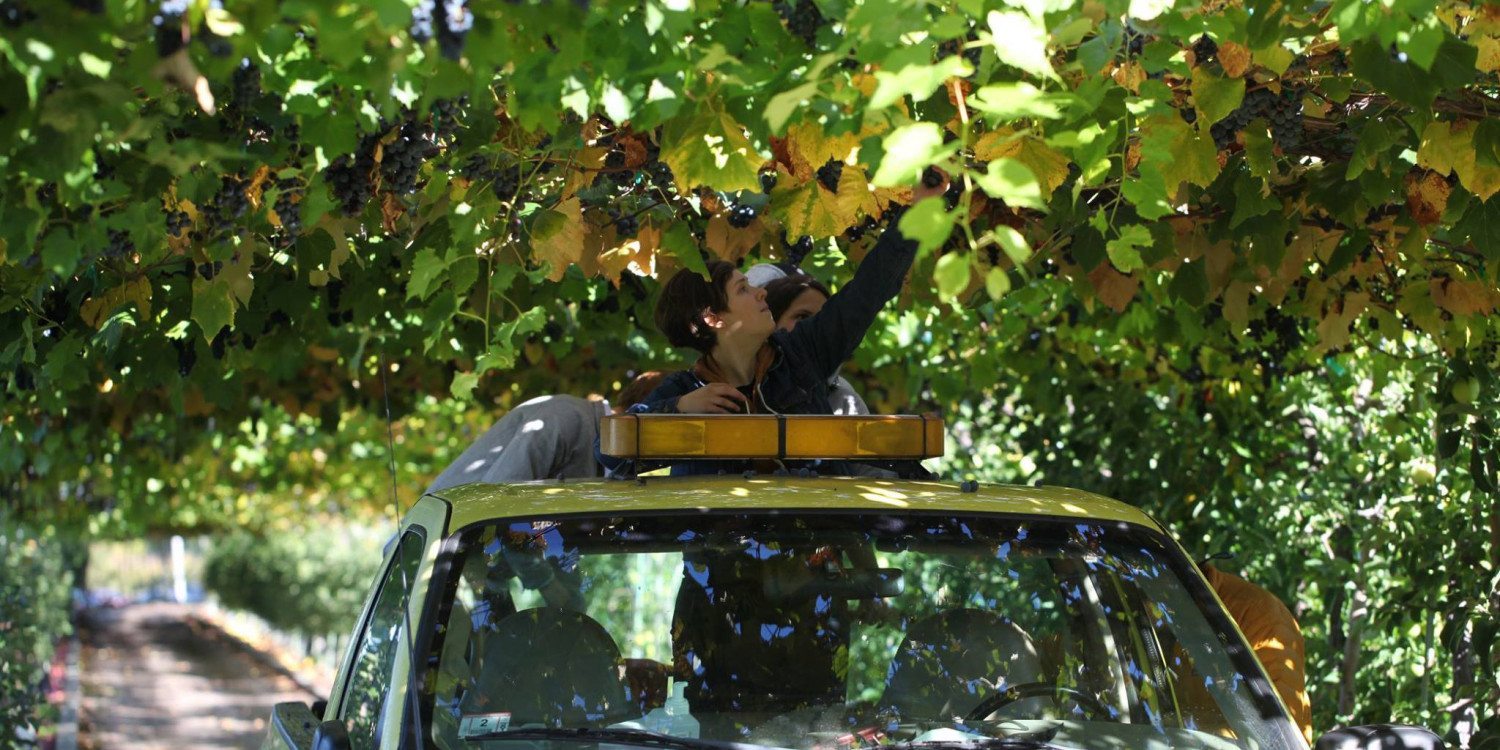 Clover has an impressive food philosophy that, if you’re interested in all the details, is worth reading. Here’s the most important part, from a local perspective: they source 40-85% of their ingredients from the Northeast. From their tomatoes (which are grown by Lindentree Farms in Lincoln, MA) to their root vegetables (grown by Winter Moon Roots of Hadley, VT), they work hard to develop direct relationships with suppliers. Their menu changes seasonally, and everything they serve is made daily—even the beverages. 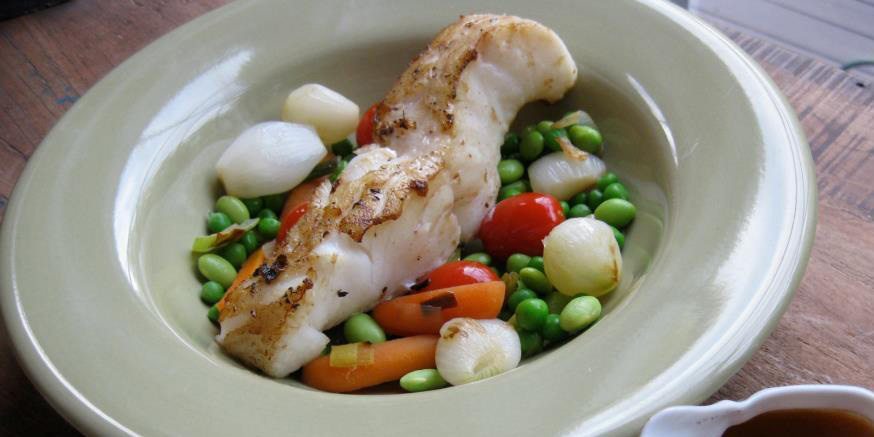 Catering everything from high-class galas to no-fuss office lunches, Catering with Distinction’s chefs hand-select “the best ingredients New England has to offer.” If you’re looking for a catering company that can do almost anything—and do it well—CWD has it covered. 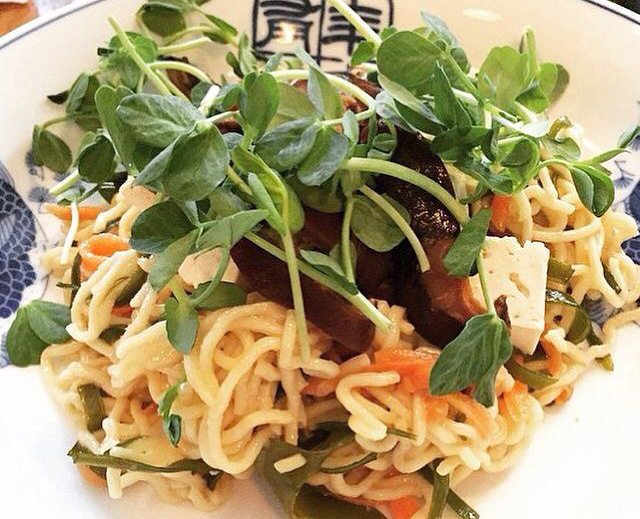 Mei Mei is a sibling-run food truck specializing in Chinese-American street food. They “pride themselves on serving humanely raised meat [and] produce from small farms.” They’ve been named Eater Boston’s Restaurant on the Year and included in Boston Magazine’s list of 50 Best Restaurants. Check out their sourcing and sustainability page for a map of their farms and local partners—all of which are within Massachusetts and Rhode Island.

Any other restaurants you’d like to see on this list? Let us know in the comments below.