When you hear about Silicon Valley in the news, odds are the nickname conjures visions of tech giants and venture capital rather than innovative restaurants or white tablecloths. But San Jose’s rapid growth has also brought an influx of popular eateries to the South Bay, from Mountain View to Milpitas.

Beyond the the glitz and glamor of Apple, IBM, and Google, downtown San Jose is home to historic sites from the city’s founding in the 1770s. And if you’re sightseeing at hot spots like the Tech Museum of Innovation, the San Jose Museum of Art, or the Winchester Mystery House, you’re also within walking distance of restaurants that form the diverse bedrock of the San Jose food scene, like Arcadia, a steakhouse from chef Michael Mina, La Foret, and Scott’s Seafood. And, east of downtown, there’s Adega, which boasts the only Michelin-starred menu in the city.

With San Francisco only an hour-long drive to the north, expect popular dishes in the South Bay to contain lots of fresh seafood and a Pan-Asian influence (yes, the poke bowl craze has reached this far inland). You’ll also find Brazilian steakhouses, Greek diners, and even a respectable showing of Cajun-inspired dishes.

But gentrification has been taking its toll, too. Even popular restaurants that helped make the San Jose food scene what it is today have had to contend with high rents and a rapidly changing economy, says Cullen Broman, regional manager for Jake’s Restaurant Group, which manages the Oasis Beer Garden. The Oasis Beer Garden was forced to close in March.

“The economy in the Bay Area has been so crazy that it’s gotten up to the point that, even though we are successful, we just couldn’t afford the lease anymore,” Broman told the Mercury News. “The lease was raised to an exorbitant level that was difficult for us to maintain.”

San Jose residents have been weathering these changes since the ‘80s, when the tech industry boomed and rents started their steep climb, which makes visiting independent restaurants in the San Jose food scene all the more important. Whether you need to celebrate your second round of VC funding or just kick back and relax, support the joints you love the most so their doors stay open between iPhone updates. New in town? We have suggestions for how to make the most of San Jose’s food scene, too.

Like the city itself, the San Jose food scene is defined by the square foot. Silicon Valley has produced a large, dense urban sprawl best navigated by car (or Caltrain). Still, there’s plenty of historic downtown gems to explore, like the San Pedro Square Market, or one of the many fresh tofu houses in Japantown.

Looking for a night out on the town? The city’s burgeoning craft beer and cocktail scene is starting to pick up in spots like Original Gravity and Five Points. (It must be because California’s wine country is only a hop, a skip, and a jump away.)

You’ll be well-served by exploring the far-flung corners of the city and its suburbs, too, where you can unearth San Jose’s most popular comfort foods, from Hawaiian poke to Greek diner fare, carnitas to Brazilian-style steak. No matter what you’re craving, here’s our guide to eating your way through San Jose:

One of the best food hubs in the city, San Pedro Square Market houses 21 food stands and serves up everything from falafel to sushi. The market itself also hosts events, live music, and karaoke. It’s the perfect pit stop after a day of scouring San Jose’s many history and art museums. 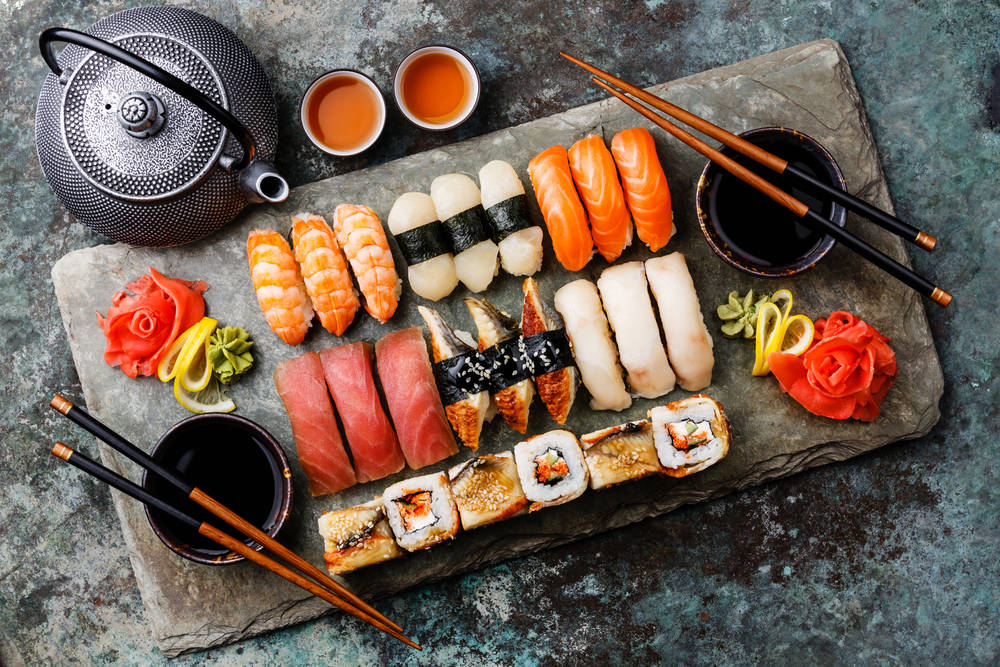 Ramen, sushi, bulgogi: you can pick your poison in San Jose’s Japantown. In this historic neighborhood, you’ll find Gombei, a favorite local Japanese restaurant, and Omogari, a Korean hot spot with kimchi soup and killer bulgogi—and that’s just for starters.

If it’s Vietnamese you’re craving, head east. While there’s pho joints scattered throughout the city, most are found across the 101. Pho Ga Hung, whose specialities include pho and crab vermicelli, has been serving up noodle soup for 30 years.

On the west side of the city, situated close to the bay, you’ll find your fair share of tech industry parks—along with killer South Asian cuisine. Try Mangoes Indian Cuisine for Andhra chicken curry and aloo gobi, or Sankranti for paneer.

Craving creamy panaeng curry? Must be Thai will hit the spot with its extensive menu of Thai favorites. And don’t forget to try the homemade ice cream at Scoop N Stick, a favorite dessert spot just outside of San Jose, for gelato and sorbet.

“The coconut, choco-hazelnut, passion fruit, and mango are always in great demand,” says marketing manager Rachiyta Raina. “Everyone tries to create their perfect taste and look by dipping it in their choice of chocolate and toppings,” she adds, noting that Scoop N Stick is the first fun dessert spot of its kind in the neighborhood. 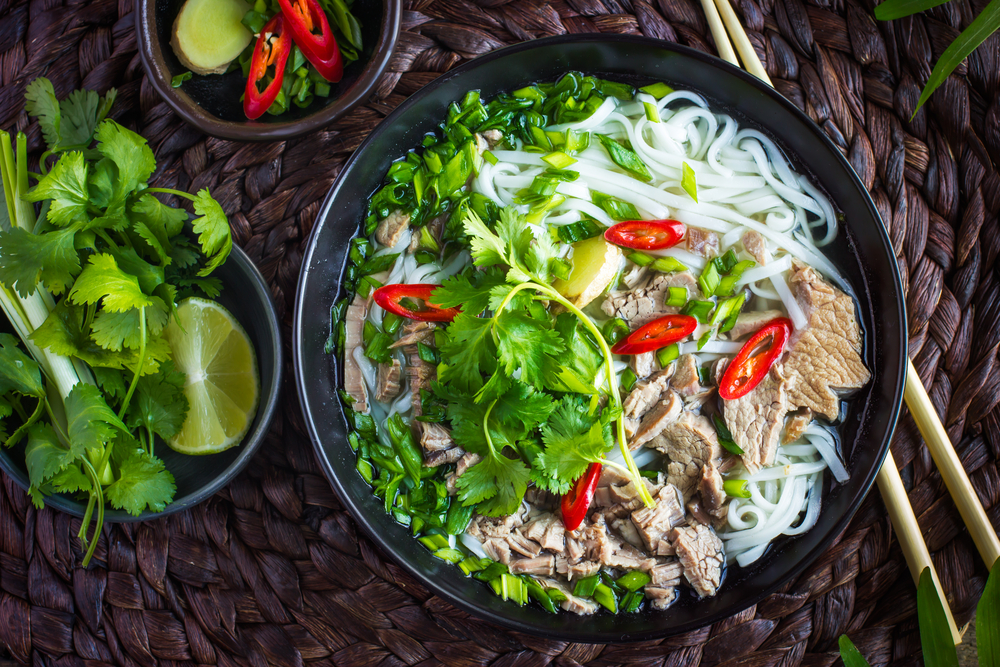 San Jose has one of the biggest populations of Vietnamese Americans in the country, which means the San Jose food scene is packed to the gills with flavor. Here are six of this city’s can’t-miss dishes:

Make fun of trendy San Francisco all you want, but the South Bay area now boasts plenty of its own poke bowl aficionados. If you’re in North San Jose, try one Pokéworks poke burritos, for a cross on the poke bowl and a hand roll. Even fast-casual joints like Go Fish Poke Bar and fusion restaurants like Blush Ice Bar have picked up on the trend.

If you want to understand the San Jose food scene, you’re pretty much obligated to order a bowl of this Vietnamese noodle soup. You can’t go wrong with crowd favorites from Taste Pho Catering or Pho Viet.

The Japanese answer to noodle soup, ramen is a classic comfort food served with thick slices of pork belly and soft boiled eggs. For a play on the traditional, check out the ramen stir fry at Burnt Rice.

Okay, hear us out. Even Californians crave cajun, and Cajun Bistro 7 actually delivers on the crawfish.

Seared on the grill and packed with flavor, Brazilian-style steak is a must in the San Jose food scene. Try Taurinus Brazilian Steak House.

There’s a long tradition of Greek diners in Silicon Valley, and the gyro is the sandwich that’ll give you the most bang for your buck. Try beloved Athena Grill if you’re out in Santa Clara, or Nick the Greek if you’re sightseeing downtown.

What the Locals Crave

San Jose is a suburban melting pot, but that doesn’t mean there aren’t dishes here that locals crave when they move on. Here are a few favorites you can only find if you know the ins and outs of the San Jose food scene: