The Biggest Trends in Detroit Catering

Is Detroit on its way to becoming the next big dining hotspot? Take this recent Chicago Tribune headline, declaring: “Detroit restaurant scene is a foodie’s paradise.” Once known for its square pizzas and vast Middle Eastern cuisine, Detroit has greatly diversified its dining offerings in the past few years, offering everything from Mexican street food to contemporary Italian food. Here are three big trends happening in Detroit catering, plus a list of joints where you can taste the food. 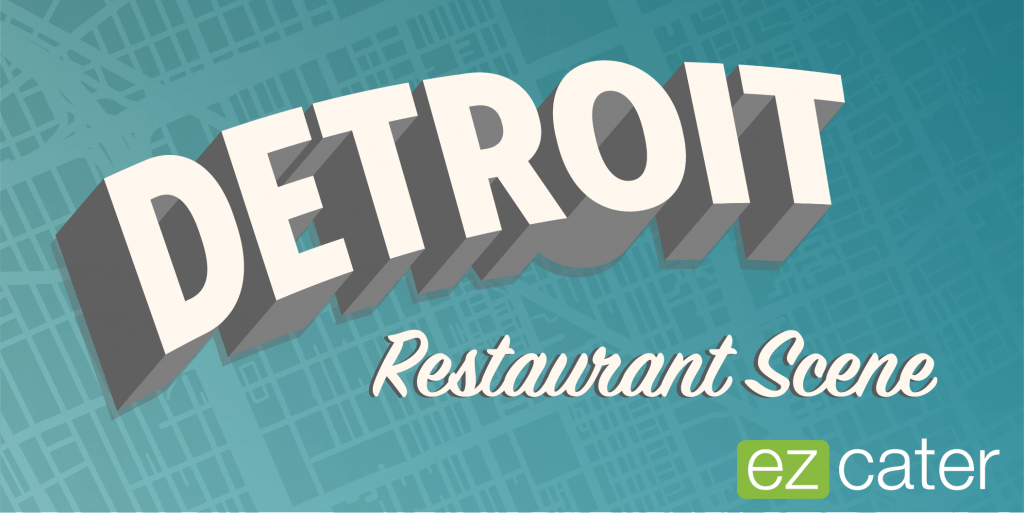 Everyone knows that Detroit is synonymous with square pizza. The distinctive pie is known for its deep, casserole-like nature and crisp, cheesy edges. But more styles of pizza are making their way into the city and earning loyal legions of followers. Two of the most popular pizza styles? The deep-dish pizza and the California-style pizza. Both very different, but with lots to love. 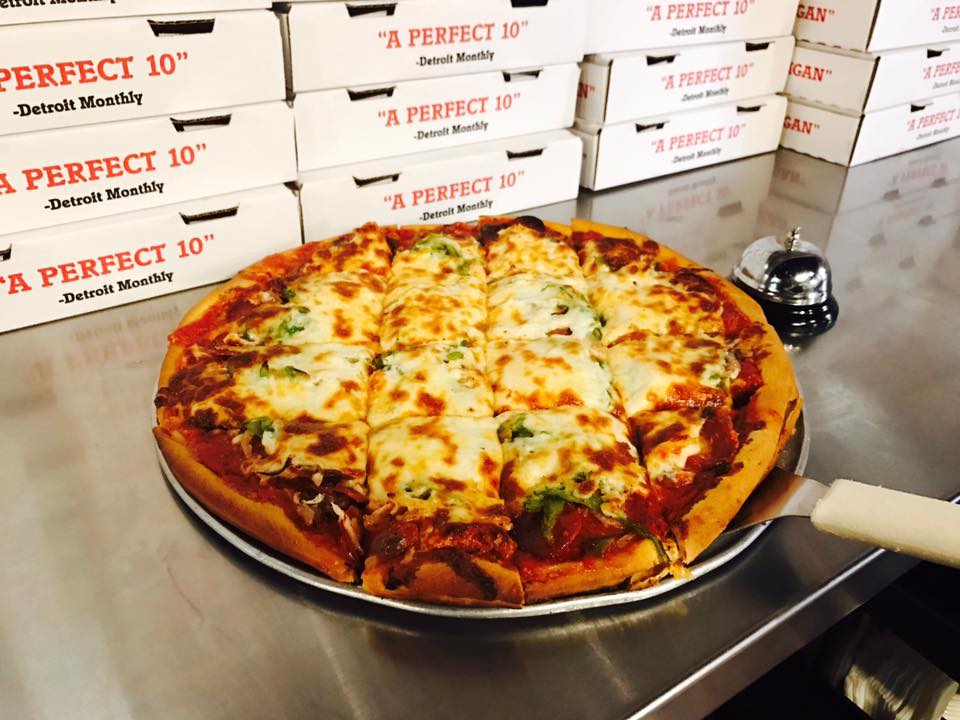 Chicago is only a short drive away from Detroit, so it makes sense that the Windy City’s famous deep-dish pizza has a cult following in Detroit’s catering scene. And since the ’80s Detroit’s deep-dish lovers have been heading to PizzaPapalis, a no-frills joint offering deep-dish pies with topping combos you’ve probably never thought of, like bacon cheeseburger, seafood combo, and V.I.P (with pepperoni, onions, mushrooms, and green peppers). You can count on PizzaPapalis to serve top-quality ingredients and a chunky, tangy tomato sauce that’s regularly praised by customers.

Wood Fired Up takes pizza to the next level. Not only does the restaurant bake its pies totally fresh in an enormous wood-burning oven, but the spot’s legendary topping choices go way beyond pepperoni. Have you ever tried a pizza topped with smoked brisket, figs, or pulled pork? At Wood Fired Up, you finally can.

In Detroit’s catering scene, everyone seems to be getting in on the greens game. The trend has produced salad-focused restaurants and casual family spots offering healthier, green-centric options. Detroit residents—though fond of indulgences like pizza and barbecue—are prioritizing clean, fresh eating in a big way. “We’ve always believed that people have wanted and would embrace a healthier, high-quality food option,” says Jared Hoffman of Salads UP in Ann Arbor, just outside of Detroit. “Clean eating has been trending upward for a while and our customers care about what they put in their bodies.”

Have you ever tried a “Yoga Girl Salad”? How about a “Kale You Later” or a “Woodward Cruise”? All these greens and more are offered by the imaginative salad bar at 7 Green. The Yoga Girl salad is made with spinach, kale, quinoa, carrots, and roasted beets. The Kale You Later is a more flavorful spin on your standard kale salad, with green apples, green onions, and slivered almonds. Choose from any of these preset salad options, or order a build-your-own salad bar for your office and invite your guests to build their own green bowls using only the freshest ingredients.

A major leader in the Midwest salad revolution, Freshii specializes in what it calls “health-casual” food—wellness-minded fare that you can eat on the go. Host a team retreat with the Team Box—an assortment of healthy wraps like the Market (falafel, field greens, spinach). Freshii even offers an assortment of healthy, portable desserts—like Energii Bites, truffles made with oats, peanut butter, honey, coconut, and chocolate chips. The bites taste like raw cookie dough.

Mexico’s most delicious street food, the taco, is now Detroit’s up-and-coming food trend, thanks to the city’s longstanding Latino population. Detroit tacos take many forms—filled with fried fish and cabbage, Baja style, or with chipotle pulled pork. All these tacos offer sheer comfort and the spice of Mexican cuisine. The taco has landed in Detroit’s catering scene in a big way. 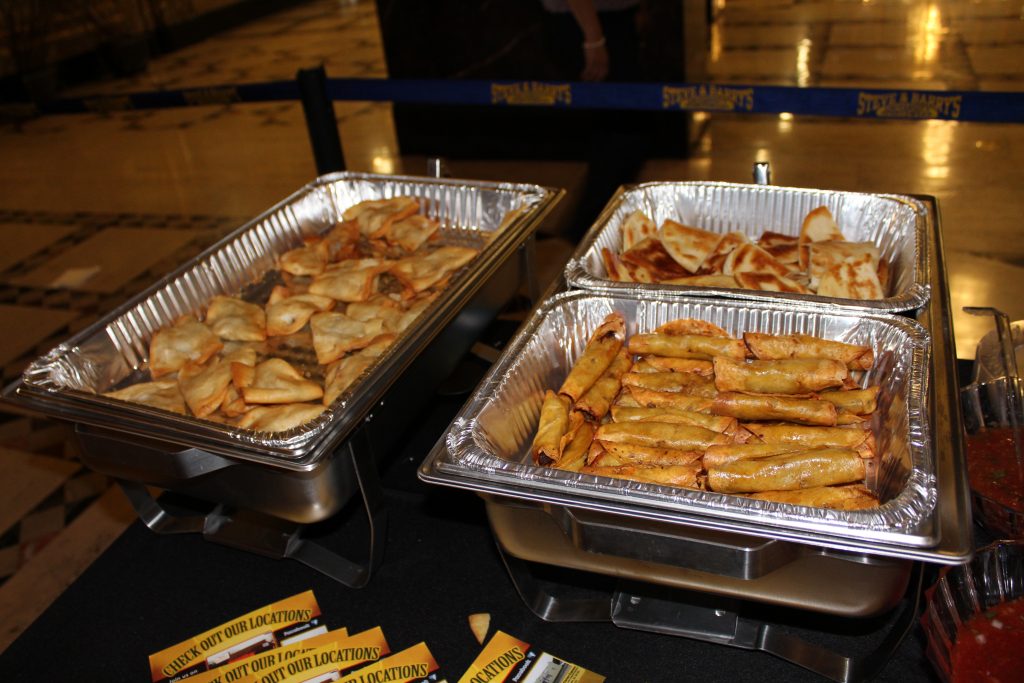 This decades-long, family run operation serves everything from fajitas to nachos—but its most-ordered and most-beloved offering is the taco. Tijuana’s individually portioned taco catering package is easy, convenient, and gives your guests everything they need to construct the taco of their dreams—with a choice of ground beef or chicken, plus beans, sour cream, guacamole, salsa, pico de gallo, and the best part: both hard-shell and flour tortillas (because who can ever decide?). Throw in some sopapillas—fried dough coated with cinnamon sugar—and you’ve got yourself the makings of a solid office gathering.

Crossing the fresh vibes of California cuisine with the bold flavors of Mexican cooking, Calexico is a longtime favorite for vibrant, colorful tacos inspired by the Mexican street food that dots both California and Mexican borderlands. The food won’t leave you or your team too weighed down either. The most-ordered option is the build-your-own taco bar. Choose from fillings like grilled tofu, pollo asado, chipotle pulled pork, and the house favorite, gringo beef (with smoky ancho peppers and cumin), plus gourmet cheeses like Jack and cotija, pickled red onions, and house-made tortillas.

Check out another city undergoing a similar dining evolution—Austin—in our trend report of the city’s catering scene.