Maria Delios has the pastry business in her blood. Her parents, Kay and Peter Delios, opened Mrs. Foster’s in 1955 in Lynn, Massachusetts, and continued operating it for 30 years before retiring. But retirement wasn’t really in the cards. Her father walked by Kane’s Donuts in Saugus every day. And then one day he decided to buy it, including the name, the building, and the iconic sign.

“He said to my mom, ‘I can’t stand it. Call the kids, we are making donuts again.’” Delios said. And they’ve been making donuts ever since. Today Delios is the Vice President and Proprietor. They added a store in Boston, and are opening a new Kane’s Donuts outpost in Saugus next year.

Few stories in Boston catering history can claim such a lineage. But the story of the Delios family isn’t like most. Kay and Peter Delios passed the business down to the next generation, because at the core Kane’s Donuts is a family-run store. There is a love to what they do.

Delios learned about baker’s hours from her parents. Her day actually starts the night before. At 9pm each night, production for the following day begins. She often works 14 hour days, making the yeast and cake donuts exactly as her parents did in the 1950s. That means cracking the eggs, grinding the spices, and punching down the yeasted donuts at least twice.

The Saugus store opens for the day at 3:30am. By that time, Delios and her team, which includes her sister and three brothers, have folded, rolled, cut, and shaped each donut by hand. Each donut served is freshly made for the day. The Boston store keeps the same hours and brings in donuts from Saugus.

By 3:30am, Delios and her team, have folded, rolled, cut, and shaped each donut by hand. Click To Tweet

Delios credits her family’s commitment to producing donuts the same way her parents did in the 1950s. They source quality local ingredients and make the donuts by hand just like they have for more than 60 years.Though the long hours on her feet are tough, Delios enjoys the camaraderie of the staff.

The literal hands-on commitment is evident in the superior product. Each donut is consistently light and airy. Kane’s Donuts are always more than breakfast or a treat, they are a destination in their own right.

And in fact, the honey dipped donut has won taste awards from Saveur and Travel + Leisure magazines.

Delios is always thinking up new seasonal flavors to keep things fresh. November was a particularly inspiring month. They introduced flavors like carrot cake, cream-cheese glazed, and a cranberry fritter with honey glaze. She was even working on a turkey donut for Thanksgiving week. And Kane’s Donuts has a maple gluten-free donut, which fits right in with autumn’s seasonal food trends. 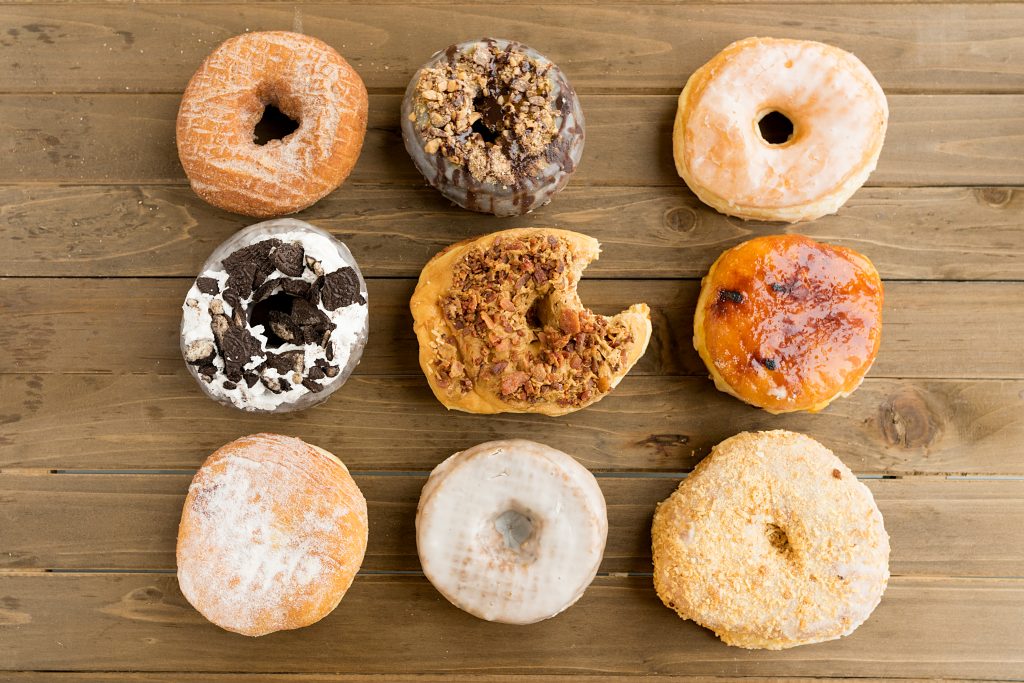 Delios and Kane’s Donuts are on the forefront of other Boston catering trends. Delios Is hoping more and more people will serve donuts at weddings.

“Instead of serving cake, people are asking for donuts. We are booked for weddings for the next two years,” she said.

And local love is so deep, the family is opening another Saugus location next year. This one will include a technologically advanced drive-through.

“You will pay on a screen and pick up at a window,” says Delios.

But even as Kane’s Donuts looks to the future, they do so with the past firmly in mind.

“My Dad could see how happy people were when they ate our donuts.” Delios said. “He would say ‘donuts are love.’ Now that I am older and I talk to people who come to our store directly from Logan Airport for that minute of happiness, I’m a believer.” But, she joked, “thank goodness for coffee.”

Hungry? Create your free ezCater account to place an order.