We’ve all had our “aha” moments. But one gets the sense that Jim Rand has the power to conjure revenue through them. In fact, he’s spent his life building and growing businesses informed by the many great ahas in his career. A respected voice in the restaurant industry, Jim is considered an architect of off-premises dining. He has successfully plotted strategies for large franchise groups, and his legacy extends over 40 years. His portfolio includes Panera Bread, P.F. Chang’s, and other side hustles. Today he’s in the newest stage of his career as a catering practice leader.

Though his wild successes—taking Panera’s catering sales to $400 million—feel not quite of this earth, his background is deeply humble. For one thing, he had worked as a dishwasher early in his career. Then back in 1984, at just twenty-five years old, he was one of many college graduates trying to prove himself amid the neon lights and screeching subways of New York City. He didn’t know it then, but he was about to have the first of many “aha” moments that would shape his career. 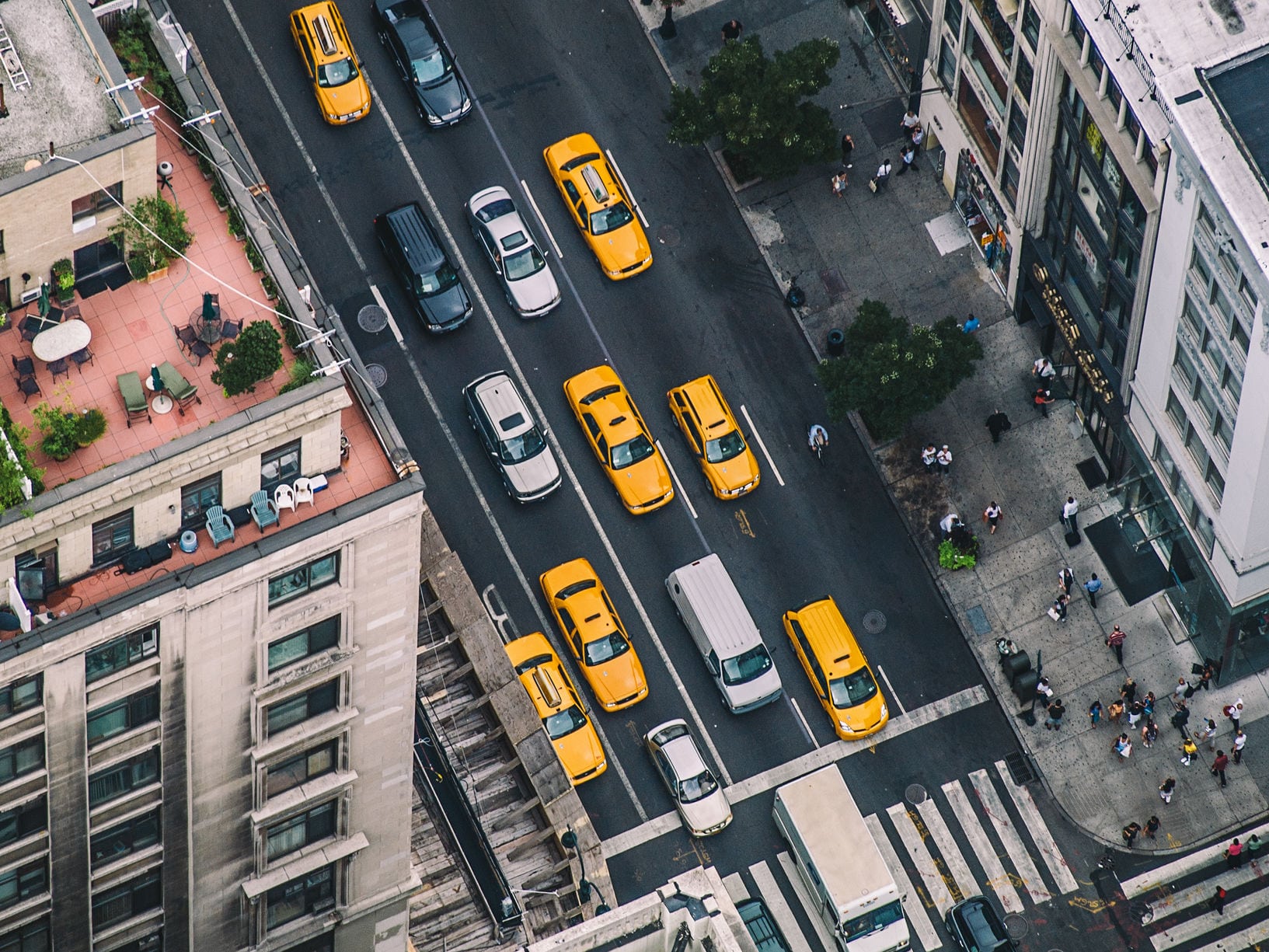 Jim Rand was then the district manager at the still relatively small chain Au Bon Pain. Every day, he watched parades of passers-by fill Midtown Manhattan. They seemed to never stop moving, like a colony of ants. They toted umbrellas, briefcases, shopping bags, gym bags. How could Jim get them to slow down and savor a breakfast pastry at the bakery? He couldn’t. So he brought the pastry to them.

Though he hadn’t done anything like it before, Jim pleaded with his boss for permission to set up a sidewalk cart slinging Au Bon Pain pastries. His boss helped him do the math of cost-benefit analysis. Could he hawk enough muffins and pastries to turn a profit? Jim glanced at the swarmed city streets outside the shop. He could. He did.

That was his first “aha” moment. Over the years, he’s moved from one opportunity to the next and popped into action. He rose from his first hospitality job as a dishwasher to his eventual roles as Panera’s vice president of catering and as P.F. Chang’s vice president of off-premises dining. Part operations whiz, part astute observer, Jim can quickly spot business opportunities. If customers’ needs are being unmet, Jim Rand sees it. He works just as quickly to fill that space.

His second “aha” moment came in the early 2000s, when Jim became the operating partner for a franchise group responsible for Panera stores throughout Minnesota. When he arrived, the group’s locations, mostly in Minneapolis, were struggling to grow sales. Eager to move the business forward, Jim asked himself that same question: What’s missing?

Customers practically shouted the answer: “catering.” The Panera locations had been regularly fielding calls requesting business catering. But without any guidance from headquarters on how to do catering, restaurants turned them down. No more, Jim said.

He and his team devised their own catering menu, printed sales material, hired a part-time catering salesperson, and created special packaging. Business boomed. Within seven years, not only did those restaurants’ prospects make a complete U-turn, but the group opened an additional 23 successful locations. The turnaround was so striking that the Panera, LLC, made Jim its vice president of catering in 2007, where he took catering from a $60-70 million portion of the business to a $400 million slice.

In 2016, Jim Rand left Panera for P.F. Chang’s. Again he asked, what’s the unmet need? It became clear to Jim that although the group had a robust takeout business, it had little to no catering offerings and a patchwork, store-by-store approach to takeout. Jim used this revelation as a pivot point and quickly installed a catering program. At the helm of this program, Jim lead a team to streamline P.F. Chang’s operations. They removed a number of kinks and standardized catering practices under Jim’s watchful eye. When their marketing team noted that customer behavior was changing—diners were flocking to third-party apps like GrubHub and DoorDash—no one balked at the technology. They all saw it as a wake-up call that needs were changing and that restaurants needed to change with them. Jim was invited to oversee P.F. Chang’s relationships with those services. Under his leadership his team revamped operations to adapt to third-party apps. It was part of an ambitious plan to make their off-premises sales a reliable source of growth.

These days Jim Rand’s central focus is building a community of restaurant partners and educating them about ways to grow their business with catering. 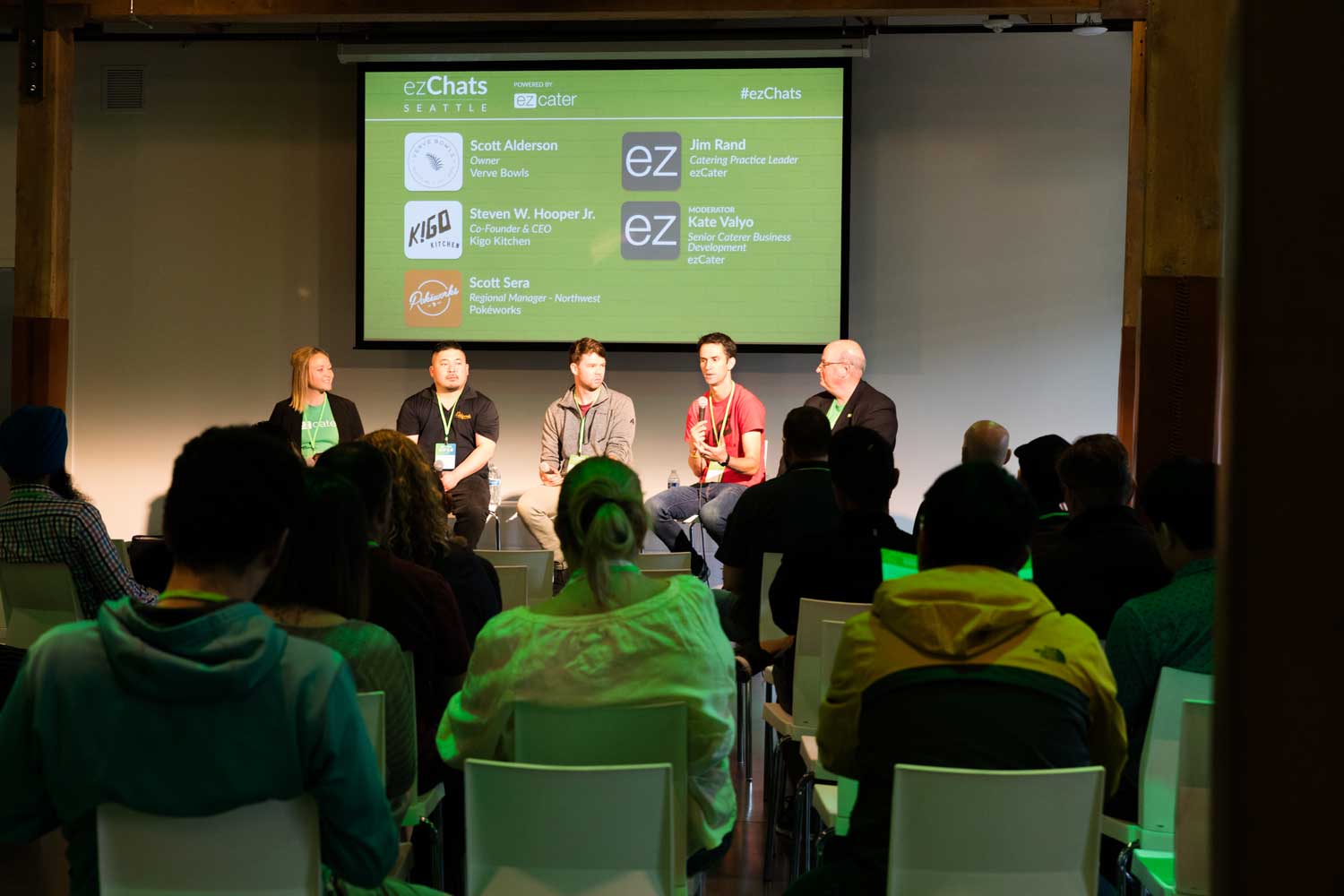 He’s become vital to this circle, educating them about ways to manage and grow their catering operations. He’s made it his goal to share everything he knows. Some of the lessons are nuts and bolts, like how to measure return on investment. Or how to attract corporate catering clients, or convince team members of the value of catering. But he’s also trying to raise a generation of restaurant owners to spot “aha” moments of their own as he had done four decades ago. Jim Rand has professional experience in multiple rings of the industry—operations, franchising, marketing. He sees himself as merely dispensing the knowledge and the tools, allowing the catering partners to plot their own course for their brand.

Learn about restaurant marketing on a budget.