With Sandwich Kings on Every Corner, Doug Hanna Unleashes Menu 4.0, at Pita Pit

A sandwich king is proclaimed to stand on every corner. There are so many decent sandwich shops that this may be why Doug Hanna of Pita Pit has been focused on rolling out the chain’s brand new Menu 4.0, designed to offer more creativity between puffs of toasted pita bread. The menu features new chef-inspired items, gluten-free choices, and increased portion sizes on chicken, chicken souvlaki, and steak. Hanna is the West Coast franchisee business coach at Pita Pit.

His days in Portland, Oregon, are filled with visits to various Pita Pit locations, as well as lots of staff meetings to review the new menu and its many highlights. “It’s just the day-to-day issues of maintaining a great guest experience,” he explains. “We call it PCOM.” That acronym, modest as it sounds, informs all aspects of the business at Pita Pit. In the string of letters is Pita Pit’s business model, which focuses on people first, the customer experience second, operational fundamentals third, and then marketing and metrics.

The triumph of Pita Pita is that it has prioritized the customer experience over all else ever since founder Nelson Lang opened his first restaurant specializing in pita sandwiches in Canada back in 1995. His lively personality was integral to the chain’s success. “It was his fun-loving nature, and a real intent to create a unique experience,” Doug Hanna says. The customers also loved their newfound freedom in experimenting with seemingly endless combinations of meat, toppings, spreads, and cheeses to create their perfect pita sandwich.

Four years later Pita Pita expanded into the United States with headquarters in Idaho, and today there are over 500 restaurants in 11 different countries. The griddle remains the heart of every location, with meat and vegetables sizzling on the flat top. “We can do flavor better than any other sandwich shop out there,” says Doug Hanna. “We can also add different combinations of sauces and activate a lot of different flavors by doing that.” On the griddle, the cheese always melts to the ideal consistency and perfectly complements the warm pita. But it’s not just any pita—customers have many more choices for bread and flavors of sauce than the average sandwich joint. 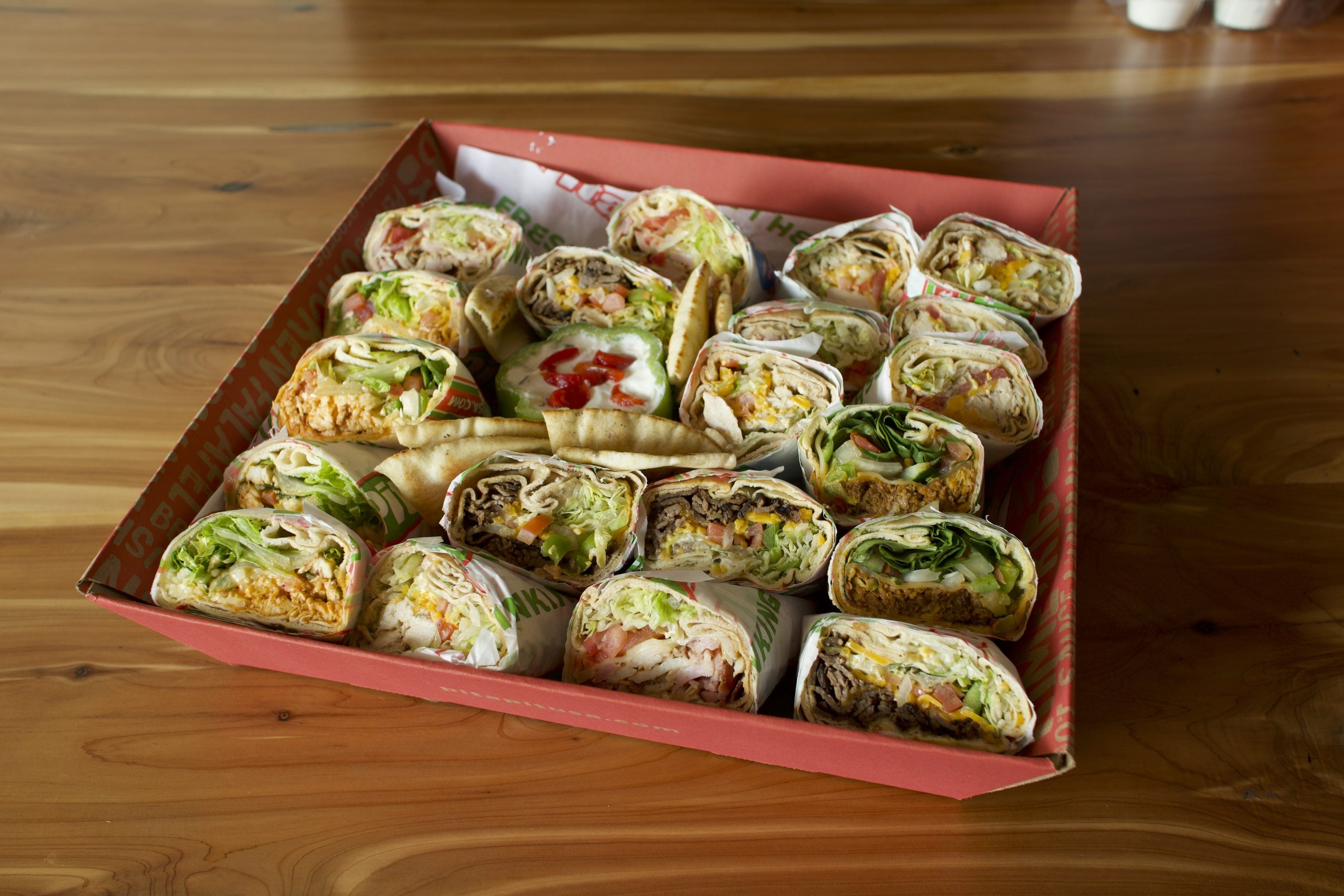 This playful attitude is what initially attracted Doug Hanna to the brand back in 2005. Although his professional background is in civil engineering, the thought of being an entrepreneur intrigued him. “The idea of having to be at work every day at a specific time, and the whole nine-to-five thing was not super appealing to me,” he recalls. “Running my own business sounded much more appealing.” Inspired by a few friends who had recently purchased Pita Pit franchises, Doug Hanna opened a location in California in 2005 and later acquired another in Oregon. About four years ago, he also joined the company as a business coach to offer regional support for franchisees.

In his current position at Pita Pit, Doug Hanna is looking forward to rolling out Menu 4.0, a menu that includes some new ambitious recipes like the garlicky pesto chicken and gooey cheeseburger pita. His favorite, however, is the Thai chicken packed with grilled meat and topped with spinach, cilantro, roasted red peppers, and crunchy cucumbers and carrots all tossed in mojito lime seasoning and fiery Sriracha. Hanna says of the item: “If someone orders that chef-inspired recipe strictly as it comes, that’s something that we can immediately start knocking [out] and get it done faster.” It looks like these delicious new sandwiches will have an added bonus— speeding up operations to appeal more to busy professionals.

Even with this new menu launch on the horizon, Pita Pit will still maintain the sense of fun that has made it so beloved for more than 20 years. “Many of our guests have these special concoctions that they’ve created over the years,” explains Doug Hanna. Whether its smoky ancho chipotle sauce paired with sharp cheddar or tangy dill pickles combined with Buffalo sauce, the chain’s fans will always be able to get their pita filled with their favorite combination of ingredients, no matter how offbeat they may seem. “They will always be able to do that,” Doug Hanna insists. “I mean, that’s in the core DNA of Pita Pit.”

Sandwiches are the stars at Pita Pit. Bring a few of Pita Pit’s seasoned pita sandwiches to your office.