Traditional Jewish Food with a Twist, at King Knish

Chef Ramni Levy started catering as King Knish almost by accident. It was 2012, and he’d been tapped to donate hors d’oeuvres for a private party at Pier 39 to celebrate the Blue Angels during Fleet Week. Levy, the former owner of Bistro 1650 in San Francisco, plated up his unique twist on the knish—it was a hit, and King Knish was born.

The knish—a rich, potato dumpling—you find at a Jewish deli or bodega in Brooklyn or Chicago is often encased in a heavy dough and fried. It can make the filling hard to eat, says Levy, who is the son of a rabbi. Instead, he makes dough his own way, focusing on flavor as much as delivery. 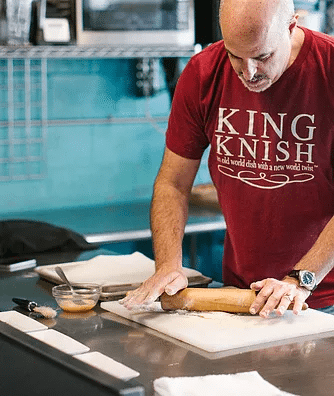 First, Levy rolls out his puff pastry, which he makes with margarine, “wonton thin,” then fills the knish with a custom potato blend. “When I teach people in classes,” says Levy, “I tell them it should look ‘dough-esque.’ If it’s glutinous, you’ll see the heaviness, and it won’t even taste good,” he adds.

His recipes require attention to detail, but the result can be magical. “You can take a little bit of it, and it’s like putting powdered sugar in your mouth,” he describes.

Levy makes every dish on his menu by hand, in small batches, with organic produce and kosher principles. Traditional Jewish dishes aren’t necessarily an easy sell in San Francisco, says Levy, but he’s committed to meeting customers where they are—and connecting one-on-one with the diners who come by his pop-up shop at the CUESA Farmers Market. 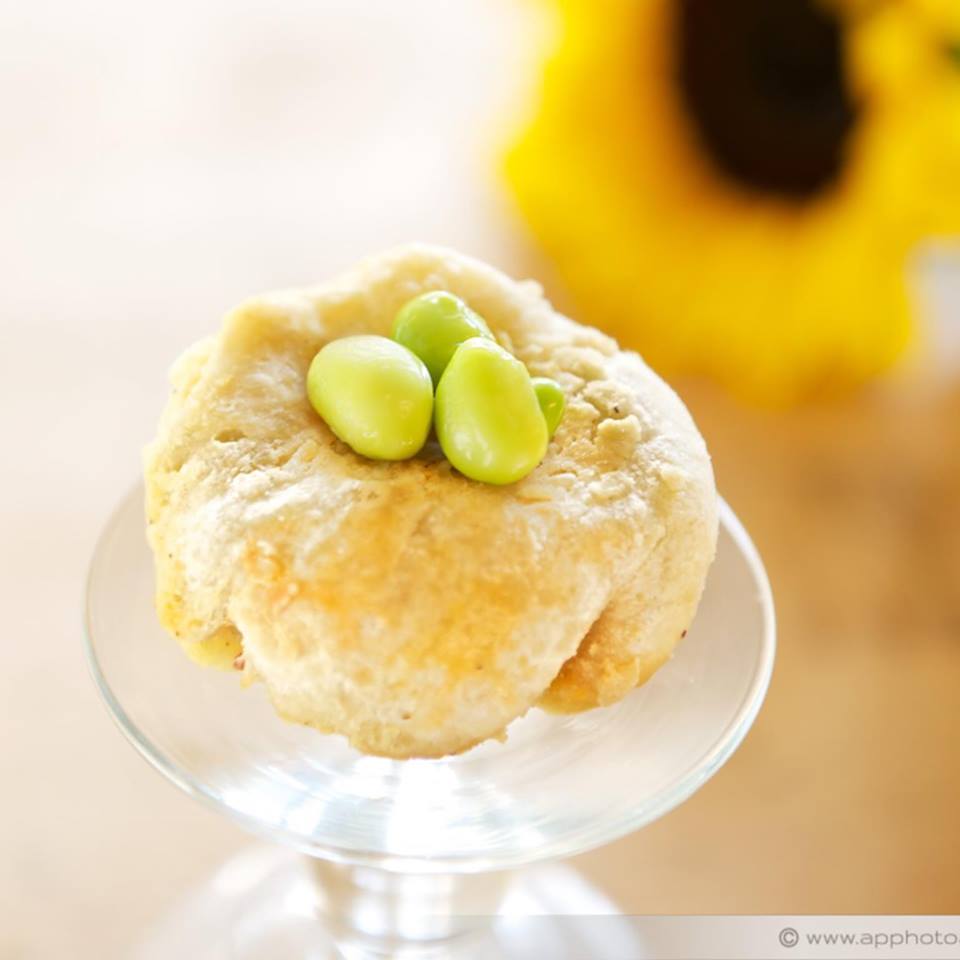 Despite the occasional nonbeliever, Levy speaks meaningfully about the emotional connections customers have with his food. “I evoke something for those who wish to share it with me,” says Levy, after describing a young woman who broke down in tears after tasting his matzo ball soup. Her mother had passed away several months ago, but “she felt her mom hug her,” says Levy. “How powerful is that?”

In addition to knish and his evocative matzo ball soup, Levy dishes up plenty of additional traditional Jewish foods. “I make kugel, I make blintzes, brisket, tzimmes for the holidays,” he says.

Take a look at his menu, and you’ll see a chef deeply invested in experimenting with flavor, too. He makes 25 different flavors of knish, from an herbed lavender goat cheese and potato knish to a “holiday knish,” filled with curry-grilled Kosher hot dog and peppered sauerkraut. Asked about his careful recipes, Levy says simply, “I’m always creating.”

It’s this attention to detail and willingness to take creative risks that landed Levy in front of the Golden State Warriors, who took home the NBA Championship last year. In 2017, he was a preferred vendor at the stadium vying for the top spot—serving players and their families in a private box. This year, he nabbed the crown. He’ll be back in that private box during the ring ceremony in October, with a specially designed knish for the Warriors to enjoy (the recipe is still under wraps).

At 58, Levy prides himself on conducting business with his own particular flare, as he considers expanding his pop-up to new locations throughout the city. “I love what I do with a passion that so many do not have. I’m just out doing it my way, and that’s always been my style,” he says.

“By no stretch of the imagination am I an expert on every single thing in life,” he adds with a laugh. “If I was I’d be retired.”