It’s no wonder one of Seattle’s most iconic sites is Pike Place Market, a more than 100-year-old collection of eclectic food stalls along Elliott Bay. With access to lakes, mountains, Puget Sound, and some of the most fertile soil in the country that yields incredible produce, the city’s residents exhibit a remarkable reverence for excellent food. And as a thriving port city, Seattle has long welcomed people from around the country and even the world who all bring their own food traditions to the Emerald City, ranging from Malaysian to East African and also outstanding food from the American South.

In fact, chef Edouardo Jordan (JuneBaby and Salare), who specializes in Southern food, just won two James Beard Awards. Other Seattle-based chefs who have received the prestigious recognition include Renee Erickson (Bar Melusine, Bateau, The Whale Wins, Barnacle, and The Walrus and the Carpenter), Holly Smith (Café Juanita), John Sundstrom (Lark and Southpaw), Matt Dillon (Sitka & Spruce), and Maria Hines (Tilth and Agrodolce). It’s just one of many reasons why Zagat ranked the Seattle food scene #5 on its list of the Most Exciting Food Cities.

How to Eat Your Way Through Seattle’s Food Scene

Seattle packs lots of good eats onto the strip of land that lies between Puget Sound to the west and Lake Washington to the east. That’s why we’ve mapped out the very best neighborhoods for using your time wisely (and stuffing yourself silly) in the Emerald City.

Ballard: This historic and highly walkable neighborhood has come a long way from its industrial roots. Scandinavian immigrants were once drawn to the area’s salmon fisheries, but now Seattleites head to the Walrus and the Carpenter for top-notch local seafood. Also, fill up on modern Lebanese at Cafe Munir and fresh pasta at San Fermo.

[The Walrus and the Carpenter/Instagram]

Capitol Hill: Home to Seattle’s most vibrant nightlife and bar scene, it’s no surprise the neighborhood also boasts countless great restaurants. Indulge in a tasting menu of Italian dishes at Altura or feast on Malaysian at Kedai Makan or contemporary steakhouse dishes at Bateau.

International District: Pass under the arch of the Chinatown Gate and taste the globe with your taste buds. Legendary sushi restaurant Maneki, in operation since 1904, is one of the city’s oldest. Slurp Vietnamese pho to your heart’s content at Dong Thap Noodles or cook your own pork at Little Sheep Mongolian Hot Pot.

Columbia City: Another neighborhood with a long history of cultural diversity, this historic neighborhood supports a plethora of hard-to-find cuisines like Somali at Safari Njema or Jamaican at Island Soul.

U District: Fittingly, this neighborhood revolves around the needs of the faculty and staff at the University of Washington, one of the country’s most prominent urban universities. Restaurants lean inexpensive and unpretentious—think vegetarian cafe eats at Chaco Canyon Organic Cafe, chewy Japanese noodles at U:Don, and warm Salvadoran pupusas at Guanaco’s Tacos Pupuseria.

What people love most about the Seattle catering and restaurant scene is its diversity and openness to new things, so that means new trends are continually sprouting up. Try these now before those forward-thinking Seattleites are onto the next big thing.

Southern Cuisine: Fresh off chef Edouardo Jordan’s big win at the James Beard awards, Seattleites, who love local and seasonal produce, just can’t get enough of rustic dishes from the American South. Honest Biscuits founder Art Stone, originally from North Carolina, explains, “Traditionally, Southern food was farm to table. I grew up eating food cooked by my grandmothers that came from their farm or garden.” Barbecue is having a moment, too. Brand new joint Meaty Johnson’s is so popular that it keeps running out of brisket and ribs, according to Eater. Other beloved smoked meat purveyors include Willie’s Taste of Soul Bar-B-Que, Neema’s Comfort, Bitterroot BBQ, and Cask & Trotter.

Poke: With its enviable access to fresh seafood, it’s no surprise the country’s biggest food trend—a traditional Hawaiian dish made of sliced raw fish over rice and topped with vegetables and a savory sauce—has officially conquered Seattle. Find several different varieties at the Seattle outpost of Pokéworks. “Poke has been growing not only for Pokéworks but also as a healthy fast-casual category for eaters of all sorts,” explains managing director Kevin Hsu. The current craze can be traced back to Hawaiian cuisine evangelist Sam Choy, owner of Poke to the Max. Also try the dish at Teasome, Big Island Poke, and 45th Stop N Shop & Poke Bar.

Pizza: New pizzerias continuously pop up in Seattle, and the trend shows no sign of slowing down anytime soon. And with no signature pizza style of its own, this famously open-minded city currently craves almost every style out there. “There are very few places you can get true, authentic Chicago-style pizza outside Chicago,” says Jay Cascio, owner of Delfino’s Chicago Style Pizza. “Delfino’s is one of those and has been serving up the two-inch thick masterpieces for the last 25 years.” Also save room for Neapolitan at Villa Italian Kitchen, Sicilian at Dino’s Tomato Pie, Greek-style at Olympia Pizza, and wood-fired at Villa Verdi.

Seattle’s Claims to Fame: Dishes Unique to the Emerald City

It might be tempting to spend all your time savoring the trendiest dishes of the cutting-edge Seattle catering and restaurant scene. But remember to set aside some time to sample the city’s signature items.

Coffee: The city that made Starbucks is of course home to some fantastic coffee. Find locals sipping lattes made from locally roasted beans at coffee houses like Victrola Coffee, Lighthouse Roasters, and Sound & Fog.

Oysters: Pacific Northwest oysters are among some of the best, and you can’t go wrong with the selection of sweet Olympias and fruity Kumamotos at Taylor Shellfish Farms. Restaurants like Westward, Ballard Annex Oyster House, and Elliot’s Oyster House also keeps Seattle supplied in mollusks culled from nearby waters. 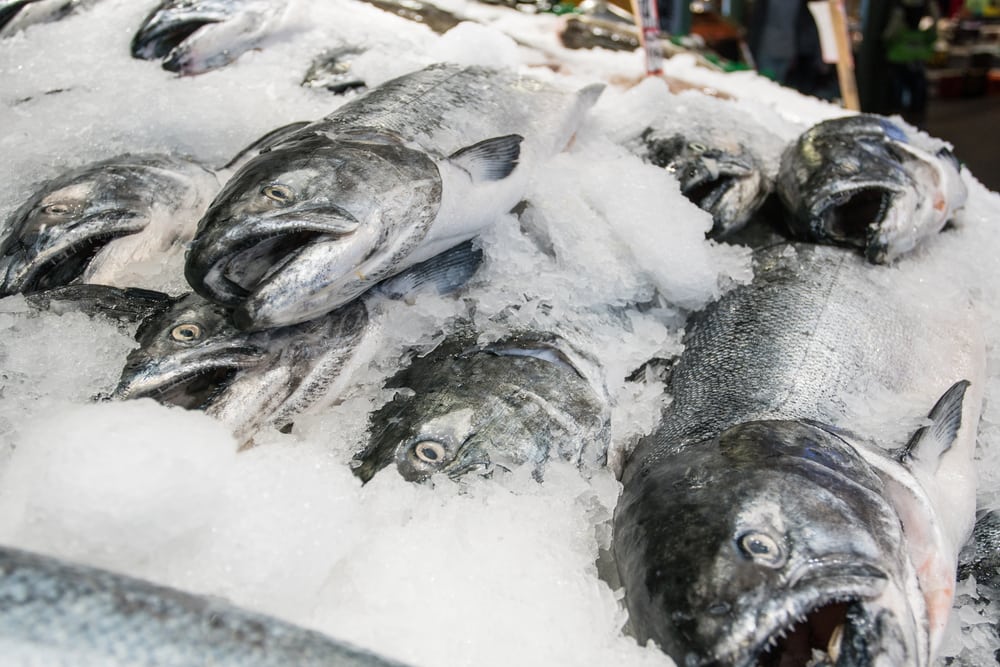 Salmon: Seattlites take their easy access to wild-caught Copper River salmon for granted. The fish’s annual arrival from Alaska signals the arrival of spring in the city. You can’t go wrong with any preparation by chef Tom Douglas at Seatown Seabar inside Pike Place Market.

Seattle-Style Hot Dogs: For more than 20 years, Seattle hot dog vendors have been spreading cream cheese on the inside of buns and then topping the hot dog with warm, griddled onions. The origins of this strange dish are cloudy, but the result is undeniably delicious. Give it a try at Matt’s Famous Chili Dogs.

Teriyaki: This Japanese dish sweet-glazed grilled chicken served over rice has taken on a life of its own in Seattle. Sample the city’s rich and heavily spiced version at Ichiro Teriyaki.