He was working in the Boston area as a computer engineer monitoring companies essential to the dot-com boom. “After 9/11, a lot of high-tech companies in the financial industry went under,” he recalled, with a touch of melancholy. “My company depended on many [of these companies] in New York’s financial district; we worked with a lot of them in Boston. We lost a lot of customers, and our company shut down.”

Mendez is now the owner of Jose’s Mexican Restaurant and Catering in Cambridge, Massachusetts. The September 11 tragedy only partially affected his path.

Mendez was born and raised in Tonatico, Mexico, whose name is translated from the Nahuatl word tonatihco: “where the sun rests.” Tonatico is about a ninety-minute drive north of Mexico City. His parents were farmers. His mother sold street food at festivals during the summertime. “As a kid, I learned a lot about her cooking—about tamales and sauces,” Mendez said. Then in 1986, the young Carlos Mendez immigrated to Madison, Wisconsin.

“When you come to the United States you have a dream, always,” Mendez said. “My dream was to own a restaurant.” 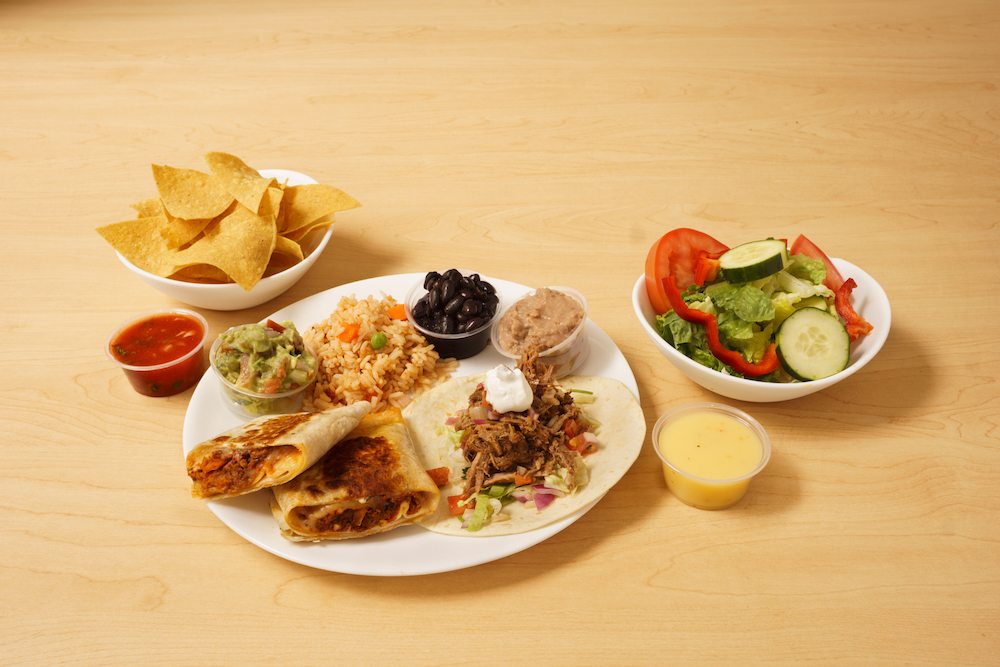 He started out as a dishwasher in a Greek diner. He quickly worked his way up to head chef and worked in the kitchen for almost a decade. Then he met his wife. After they got married, his wife started hinting that she wanted to move back to her home in Boston. “It was so beautiful,” Mendez said of his first visit to Boston. He recalled seeing the ocean for the first time and he was immediately smitten. “I fell in love with it and said, ‘Let’s move here.’”

Mendez attended the University of Massachusetts, got his degree in engineering, and thought a life of cooking was behind him. Then the twin towers fell, and the world shifted.

Scanning the papers one day, he saw Jose’s Mexican Restaurant for sale. The restaurant was opened in the mid-eighties, and its then owner was also, like Mendez, ready for a change. Mendez had never been to the Cambridge restaurant before. He had never even heard of it. He saw his chance and bought the restaurant with family members three months later, in early 2002.

“I was very afraid of failing—I had never owned a business before,” he said of his early days. “I took the restaurant as it was—[keeping] all of the employees, the customer base, even the name. I was not confident enough to change anything.”

Over the course of many months, he began to stretch his legs as a restaurant owner. He slowly tested out recipes. The salsa had more of an Italian flavor profile (perhaps from the previous owner, an Italian-American) than what Mendez thought should be the true taste of the Mexican condiment. He shifted the flavor profile, added fresh herbs. The diners’ response to this salsa gave him the confidence to make more changes. Introducing dishes first as specials, he discovered which plates his customers loved: the enchiladas he had never before offered; his mother’s tamales and chiles rellenos, a green-tomatillo salsa; and a mole sauce.

Eventually, the entire menu shifted. His sister-in-law helped rewrite menu descriptions to highlight personal recipes or regional specialties for customers. When a journalist from the Boston Globe interviewed Carlos Mendez and published a raving review of the longstanding Mexican restaurant he had taken over, “this place exploded,” Mendez fondly recalled.

Today, the catering menu and style of service at Jose’s Mexican Catering continue to center around authentic Mexican dishes, all delivered with family style hospitality. 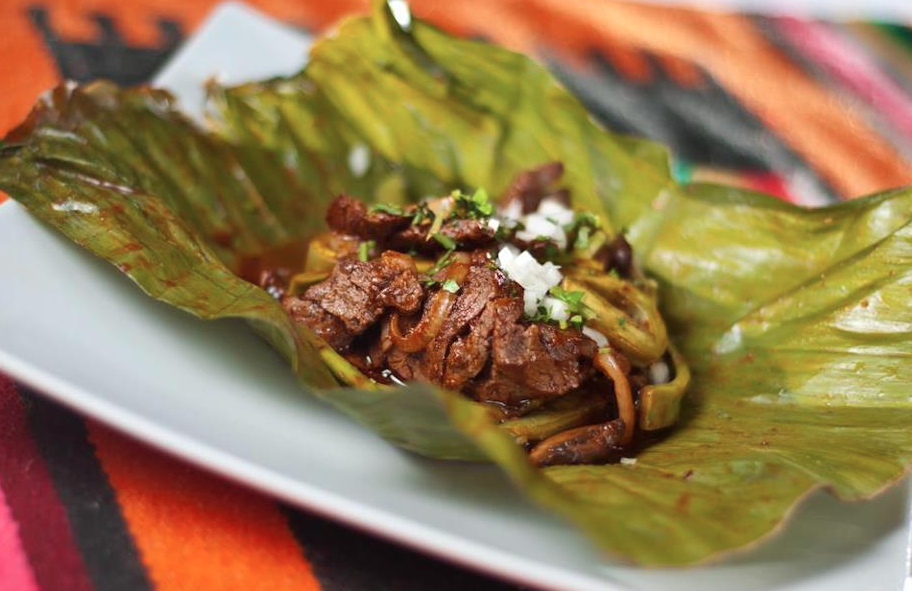 The package called “Fiesta Ixtapan de la Sal,” a customer favorite, includes build-your-own tacos, given home-style attention from start to finish. For the fillings, beef and chicken are boiled until extremely tender. Pulled apart, the beef then gets sautéed with a little guajillo chile sauce (“Not a lot, just enough to make it savory,” Mendez said), tomato, garlic, and oregano. The chicken filling has a chipotle sauce of the tinga style, commonly found in Mexico City street food.

“We try to accommodate everyone with [food] allergies,” Mendez said. “We’re very careful, keeping things separate and safe.” The cooks of Jose’s Mexican Catering prepare and package taco-bar ingredients in steps: chicken and beef are made separately from sauces, and tortillas are made only with corn, not flour, to stay authentic to the region and to safely feed gluten-free eaters. The fiesta spread is itself a buffet that includes colorful fresh salad, black and refried beans, and condiments so “that you can flavor your tacos the way you want them,” Mendez said. Rice, bean dishes, and all the condiments at Jose’s Mexican Catering are vegan, too.

For a taste of the food at his family table, Mendez suggests chile rellenos, “the dish my mom always cooked”, he said. Requiring intensive preparation, poblano peppers are first roasted until tender, then peeled by hand. The dish is traditionally stuffed with ground beef, but Mendez likes to “think outside the box and go above tradition.” So he offers the option of ordering alternative fillings of shredded beef, steak, tinga-style chicken, and cheese. These are delicately breaded, very lightly pan-fried, and topped with red sauce, an egg, and sauces.

The team running Jose’s Mexican Catering ensures the details of catering orders are doubled confirmed for accuracy—first by kitchen staff, and then by designated Jose’s Mexican Catering delivery drivers. Delivery times are scheduled with traffic delays in mind. Drivers know that customers may simply want their orders dropped off, without additional services. But if additional service is desired, the drivers will also set up the food, open up packages, and explain the details of every dish. “We follow their lead,” Mendez said. Missing items immediately get deducted from the bill. The entire charge gets reversed if an order is unreasonably late. “It’s really important to take responsibility in service,” Mendez said. He believes he anticipates most of the obstacles, but he understands that sometimes errors happen.

Jose’s Mexican Catering has quadrupled in sales since 2002. But more important to the business, Mendez believes, is recognizing that many of his staff have been with him for many years. They know his cuisine. They create the warm, authentic ambiance that makes customers feel welcome. And he appreciates the loyalty of repeat customers of Jose’s Mexican Catering. “They are very loyal,” he said. “I’m very proud of that.”

“My dream was to have a restaurant,” he said, recalling his early path from Mexico to Wisconsin, then from the Boston tech scene to Cambridge. “My dream came true.”

Hungry for more, Boston? How about the ten best caterers to satisfy your sandwich craving.