Jaime Mendez’s Art of the Humble Taco, at Los Agaves

Microsoft is not known as a launch pad for aspiring chefs. Best known for its Windows technology, Microsoft also operates a maze of kitchens and dining halls on its sprawling corporate campus near Seattle. But this unexpected culinary hub of the Seattle food scene nurtured the cooking career of Jaime Mendez. Mendez, chef-owner of Los Agaves in Seattle’s Pike Place Market, got his start in one of the kitchens on this sprawling campus, washing dishes. “I was working at a conference center for Microsoft, doing all the catering for Bill Gates,” said Mendez.

Mendez worked alongside chefs and cooks from all over the world—Italy, Thailand, France. From these different international sources, Mendez learned about flavor, about using ingredients and techniques to hone a craft that was in his blood. He learned the art of the slow braise, extracting every ounce of flavor from even the leanest meats. He discovered the gift of parsley, its snap and peppery bite an ideal foil for Los Agaves’s slow-braised meats. He learned that food is a connection, a gift to build bridges across the gulf of language and culture. He discovered the cuisines of the world and the distinct beauty of the foods of his hometown, Mexico City. 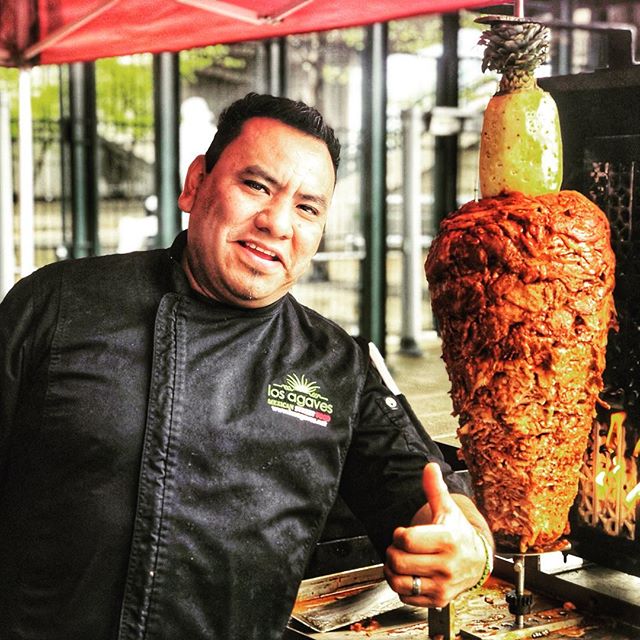 Grandson to a tamales factory owner, Jaime Mendez aspired to run his own restaurant. “Some guys dream of a sports car, I dreamed of having my own kitchen,” Mendez joked. Through Microsoft, Mendez applied for and won a scholarship to a culinary arts school at community college in Seattle. Soon after graduating, Mendez moved into his own kitchen, cooking at local farmer’s markets using family recipes for the palm-sized tacos that are at the heart of Mexico City’s street food scene.

He opened Los Agaves in 2006 bringing along those family recipes and a few cooking secrets from his days at Microsoft. Jamie Mendez’s menu reflects his devotion to the foods of his home region and to Mexico. Tamales on the Los Agaves catering menu are homage to his grandfather. Poblano-style mole sauce tamale tray includes a mole sauce cooked “exactly like my grandmother made it,” said Mendez.

Two of the most popular tacos on the Los Agaves taco bar catering menu, tongue (lengua) and beef cheeks (cabeza) are prepared using the slow-braise technique Mendez learned during his Microsoft days. A toss of finely minced parsley on the lengua arrived courtesy of an Argentinian regular who suggested Mendez add it to make this simple street taco even better. It worked. He kept it. “I learned from this guy, too,” said Mendez. 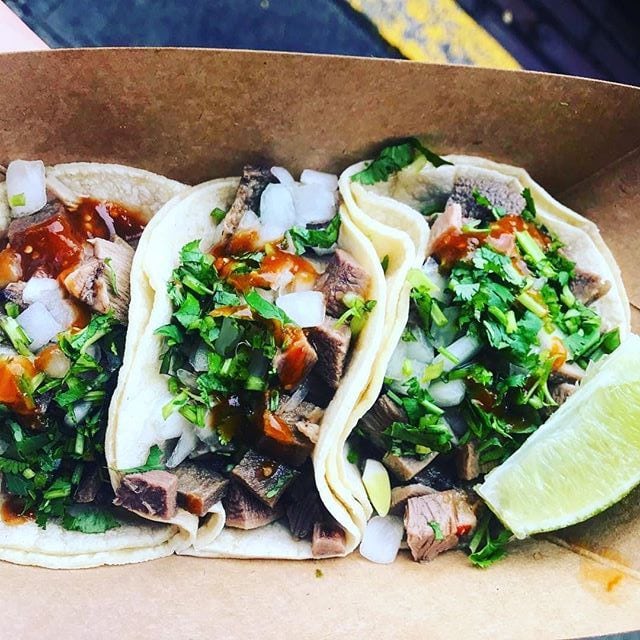 But Mendez swears that the most popular taco by far on the Los Agaves catering menu is the “al pastor.” Pork shoulder braised on a spit is basted with annatto until golden-hued and insanely aromatic. An extract from the seeds of the achiote tree, annatto imparts a bright orange color and subtly acidic flavor to the roasted pig meat. Though the BBC News and others insist that al pastor’s spit-roasted cooking style owes a debt of gratitude to the Lebanese immigrants who arrived in Mexico in the early years of the twentieth century, local custom (and product availability) dictates that it be paired with pineapple. “There are infinite tacos in the DF [Distrito Federal] but al pastor is the most popular,” Jaime Mendez said.

Mendez credits the success of Los Agaves at Pike Place to his insistence on creating something unique and on making everything from scratch. “It is how we got popular,” he said. “We are authentic but out of the box. And we are connecting people and connecting cultures.“

Learn more about the