Healthy Eating Resolution? Here’s How Your State Did Last Year

As we make our way past the midpoint of January, we’re officially in the heart of New Year’s resolution season. Even if you’re not diving headfirst into a macrobiotic juice cleanse, healthy eating is probably on your mind. And what’s the toughest part about a healthy eating resolution? In our book, it’s not making it—it’s keeping it. Especially at the office, it can be tough to stick to a strict diet. So that got us thinking: which parts of the country are the healthiest* year-round eaters? Looking back at ezCater’s nationwide ordering data, we identified the cities and states that went crazy for vegetables—and those that didn’t—in 2015. Here’s what we found. 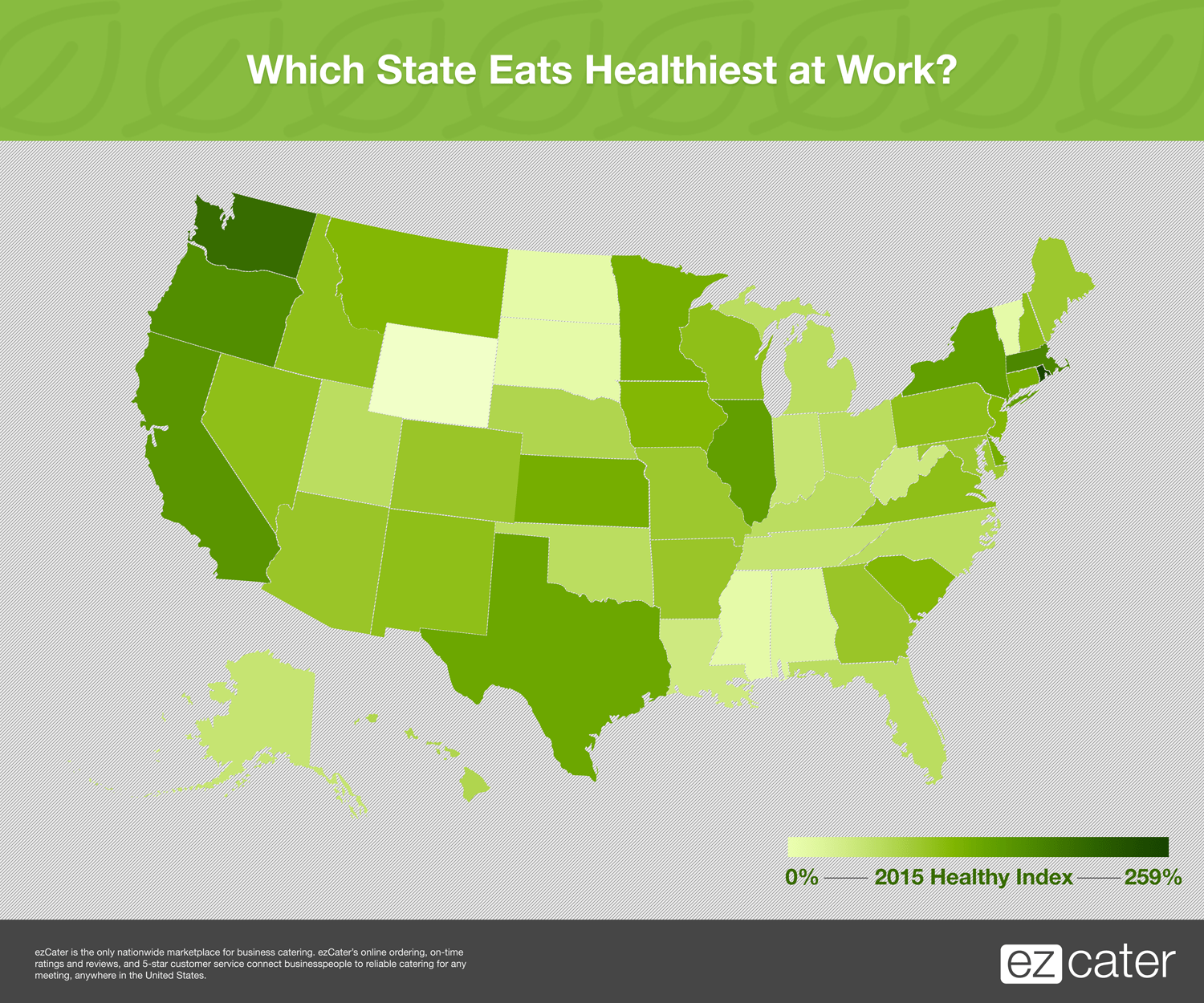 In 2015, the smallest state in the Union was also the healthiest. Rhode Island ordered healthy food at 2.6 times the national average, followed by Washington State, which kept it healthy twice as often as the country overall. The East and West Coasts were the big winners, with Massachusetts (176%), Oregon (162%), and California (153%) rounding out the top five.

At least at the office, some states were less calorie-conscious in 2015. Vermont and Wyoming took the cake for the lowest percentage of healthy orders, each ordering healthy food at less than 10% of the average rate. Mississippi (10%), North Dakota (13%), and South Dakota (13%) made up the rest of the bottom five. 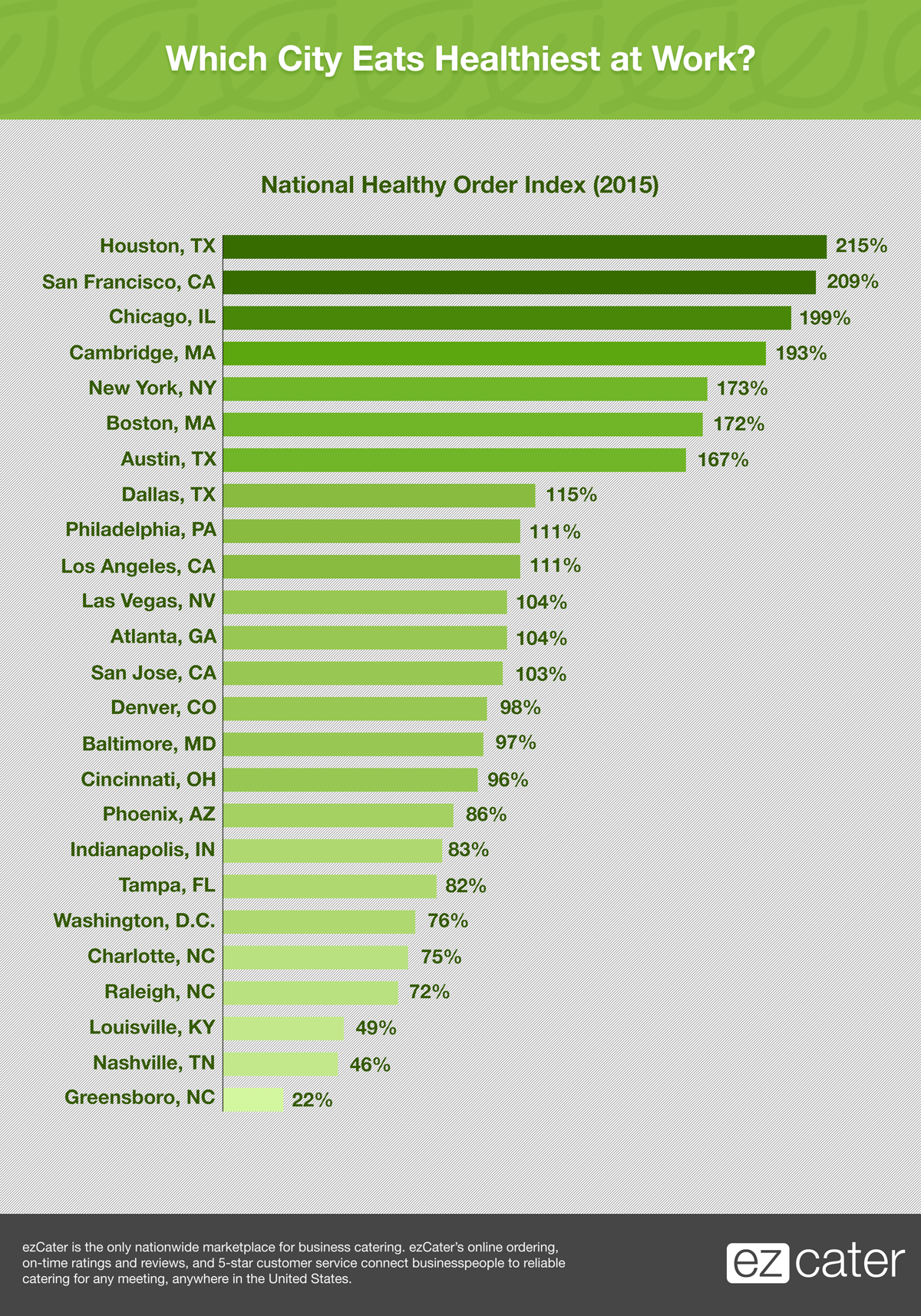 Is Your Job Good for You?

How you eat at work can also vary greatly based on your industry. In 2015, Advertising took the top prize for healthy eating with 2.2 times the national average, followed closely by Staffing/Benefits (200%) and Entertainment (176%).

No matter how your city, state, or industry ate in 2015, a new year makes for a new start. Whether you’re tackling a healthy eating regimen or not, we’re rooting for you. Here’s to a great year of eating in 2016.

*Especially around this time of year, the word “healthy” has a slippery definition. For the purposes of this report, we’re following the USDA’s recently released recommendations for a healthy diet. They define a healthy eating pattern as one that includes a variety of vegetables, whole fruits, whole grains, low-fat dairy, a variety of proteins, and oils.