In Hawaii the traditional meal called the “plate lunch” is found everywhere, served in neighborhood stalls and surf shacks. It is indulgent, fatty, and delicious. Its foundation: two mounds of white rice and a scoop of creamy Hawaiian-style mac—elbow macaroni slathered in mayonnaise. Piled next to those sides is a pan-Asian protein, slathered in brown gravy or sticky sweet teriyaki glaze.

Today you can find the plate lunch hundreds of miles from the nearest Hawaiian shore, thanks to restaurateurs like Grant Conrad and Reid Shintaku, co-owners of the fast-casual Hawaiian barbecue chain Hangry Ohana in Colorado. The two men are part of a wave of chefs in the mainland making a delicious argument for Hawaiian cuisine, which only in recent years has been talked about as the next “it” cuisine.

Hawaiian plate lunch is a dish of humble origins. Homesick plantation workers clung to the food of their homelands, bringing lunches with them in little tins, or bento boxes, that were usually filled with leftover rice, pickled vegetables, and… Click To Tweet

When Grant Conrad had his first Hawaiian plate lunch over a decade ago he didn’t imagine that the plate of sweetly lacquered chicken would shape his career. But that is what’s shaken out. Something of a guiding hand led him there, the culmination of chance, instinct, and a hankering for Hawaiian food.

In 2005 Grant Conrad was a young college student at the University of Hawaii, newly transplanted from Colorado. The rustle of the surf in the background, the magic of the island worked on Grant, who spent afternoons with his friend Reid Shintaku and others after class, hanging out, eating. That was how he was exposed to the local food. 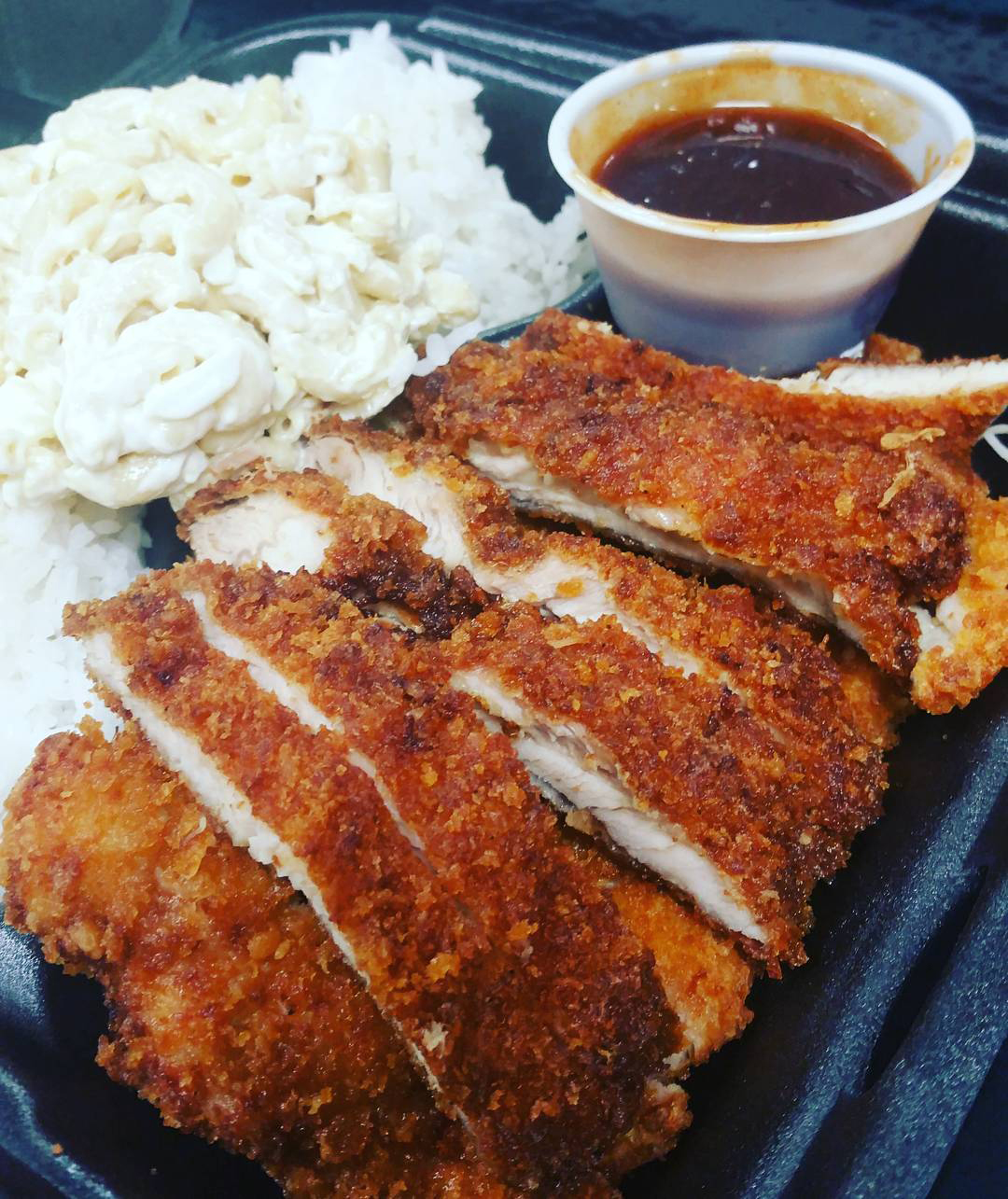 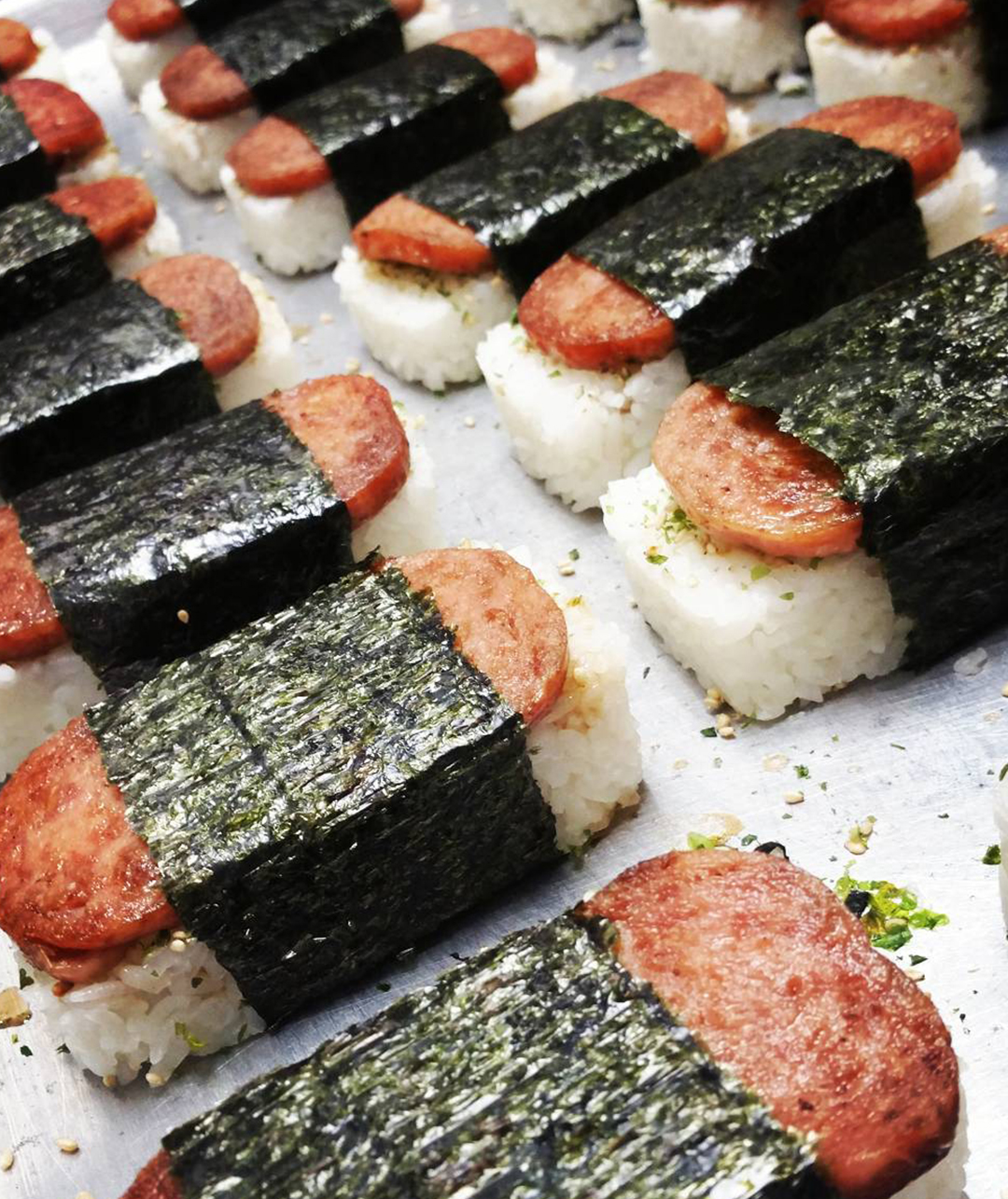 Having no prior exposure to Hawaiian food, Grant made his way through everything. He had everything from slow-cooked  kalua pork to Korean-style meat jun, thinly sliced beef dipped in egg and fried crisp around the edges. The food appealed to him. Something about those meals just gave off the right vibe.

Hawaiian plate lunch is a dish of humble origins. The food dates back to the 1880s, when giant pineapple and sugar companies controlled the Hawaiian Islands’ local economy. Many of the laborers who worked for these plantations were drawn from China, Japan, Portugal, Korea, and the Philippines—creating sources of culinary influences. Homesick workers clung to the food of their homelands, bringing lunches with them in little tins, or bento boxes, that were usually filled with leftover rice, pickled vegetables, and canned or cold meats.

By the 1930s, meal services called lunch wagons popped up to cater to laborers. The food was no longer served in tins but on paper plates, thus the name “plate lunch.” By the 1950s, the plantation era had ended, but the plate lunch became an island staple. It’s now found at drive-ins and restaurants across the islands.

Both Grant Conrad and Reid Shintaku understood the Hawaiian plate lunch was a treasure when they first launched their restaurant and catering operation Hangry Ohana in 2017. They went with a Hawaiian food concept to differentiate their business in Denver. But they gave it a twist by combining the Hawaiian plate lunches with the Texas-style barbecue that Grant ate during his formative years.

At Hangry Ohana, they cater all the plate-lunch classics, like smoky kalua pork and Japanese chicken katsu cutlets breaded and fried golden brown. No matter which protein you order, make sure you order up their fragrant bacon fried rice. There will be no leftovers.

Want to impress the office with a luau of Hawaiian plate lunches?