Falling for Jackfruit: It Might Be the Next Big Meat Alternative

While the jackfruit has long been a go-to food in Southeast Asia, the strange, nobbly delicacy related to the fig family is still relatively new on the American food scene. The large fruit—which can grow to be 100 pounds!—started to make waves in 2010, but it didn’t appear in a food trends analysis from Google until five years later. A glut of internet searches for the jackfruit over the course of a few months made the import one of Google’s 2016 “rising star” food trends—in other words, a trend that might have staying power, if enough people figure out what the heck it is.

Along with an ability to absorb other flavors, the unripened jackfruit possesses a “sinewy” texture that makes it an appealing meat alternative. This unique texture may be what draws so many vegans and vegetarians to the fruit, says chef Julie Sahni, award-winning author of Classic Indian Cooking.

“One of the things people miss in vegetarian cooking is the textural pleasure that comes from chewing something with some oomph and that feels like it will stick to the bone,” Sahni explained to National Geographic.

With a growing market for vegan and vegetarian eaters, enterprising chefs and entrepreneurs have put muscle into making jackfruit the next big health food. The two companies responsible for most of America’s jackfruit, Upton’s Naturals and The Jackfruit Company, each sell packaged and pre-seasoned jackfruit in flavors like chili lime carnitas or teriyaki. Retailers like Trader Joe’s and Whole Foods have hopped on board, touting jackfruit as a tasty and an eco-friendly meat alternative, though you can buy canned and brined jackfruit in Asian grocery stores, too, if you know what you’re looking for.

“It’s added a lot of excitement in the meat alternatives category in stores because it’s a whole food, not wheat- or soy-based, and a new idea to many consumers,” Daniel Staackmann, the founder of Upton’s Naturals, told Eater.

Still, the jackfruit is high in antioxidants and contains plenty of fiber, too. However, you might be better off getting your non-meat protein sources elsewhere, suggests nutritionist Kelly Jones.

“Edamame, or soybeans, provide plenty of protein, fiber, and nutrients right out of the pod, versus the added ingredients that may go into jackfruit you purchase in the refrigerator section of your grocery store,” Jones explained to Women’s Health. She also recommends tempeh and tofu.

If you’re still not quite on board with tofu’s springy texture, or you just plain miss the mouthfeel of meat, jackfruit could be the meat alternative you’ve been looking for. Here’s a quick look at the restaurants that have put innovative jackfruit dishes on the menu—as well as five uses of jackfruit that chefs are borrowing for vegan and vegetarian-friendly dishes. 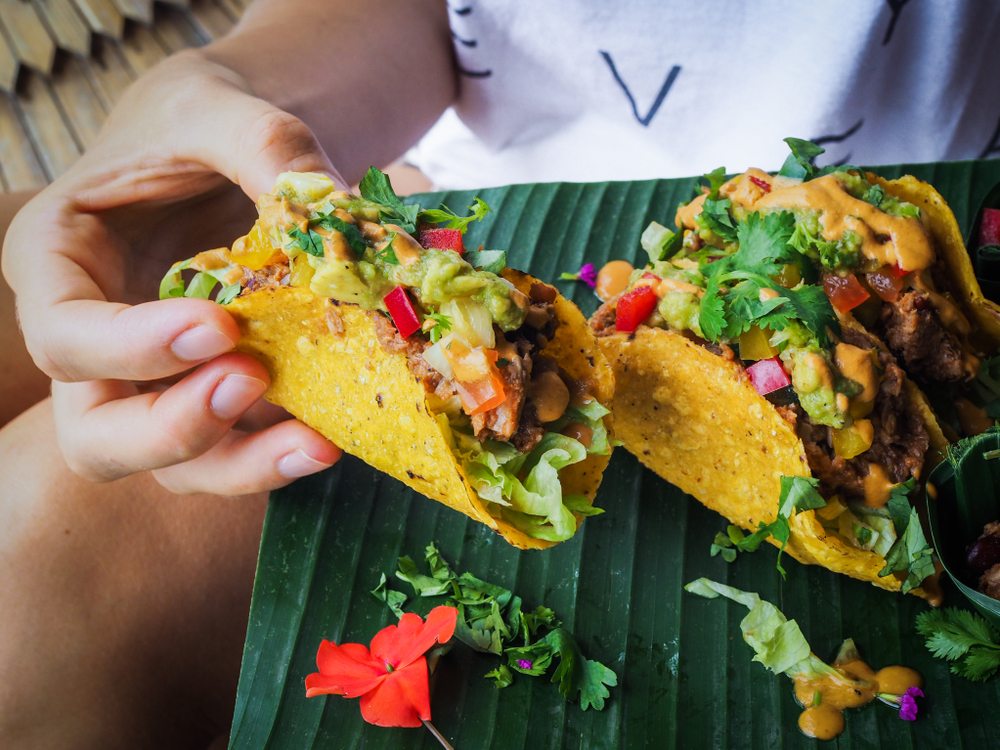 If you think jackfruit is a trend with limited staying power, think again. The culinary uses of jackfruit are plentiful and have shown up in innovative dishes across the country. Here are a few of our favorites:

At Boston’s All Star Pizza Bar, the meat-lover’s pizza has gotten a makeover. The chain offers vegan-friendly jackfruit as a topping for its many pizzas—barbecue-style, of course. And because of green jackfruit’s neutral taste, it easily absorbs all the sweet, smoky flavors of Southern cooking you know and love. Who says you can’t eat “pulled pork” without sacrificing your ideals?

If Pittsburgh isn’t already on your radar as an up-and-coming food city, then we’re here to tell you it’s time to start paying attention. Last summer, the Pittsburgh Post-Gazette featured not one, but eight different restaurants with jackfruit on the menu. The most intriguing dish by far is the scallion pancake from Onion Maiden, topped with jackfruit, mushroom, jalapeños, and cilantro.

You can’t visit Denver without noshing on flavorful Mexican food. But this adventurous city at the foot of the Rockies is also friendly to vegans and vegetarians, who turn to jackfruit as a way to join in the fun. In nearby Glendale, Colorado, locals can’t get enough of the bulgogi kimchi tacos at Native Foods Cafe, and we don’t blame them.

Leave it to San Francisco to pioneer some of the best vegan and veggie-friendly dishes out there. At Curryous, chef James Chand mixes the flavors of his childhood growing up in Indian Fiji for a unique take on curry, masala, and dhaal. Chand’s experiments helped him develop a surprising jackfruit masala as one of his all-star menu items. And, at ChiliCali, one of the Bay’s best Indonesian spots, you’ll find jackfruit yellow curry front and center.

5 Veggie-Friendly Uses of Jackfruit You Have to Try 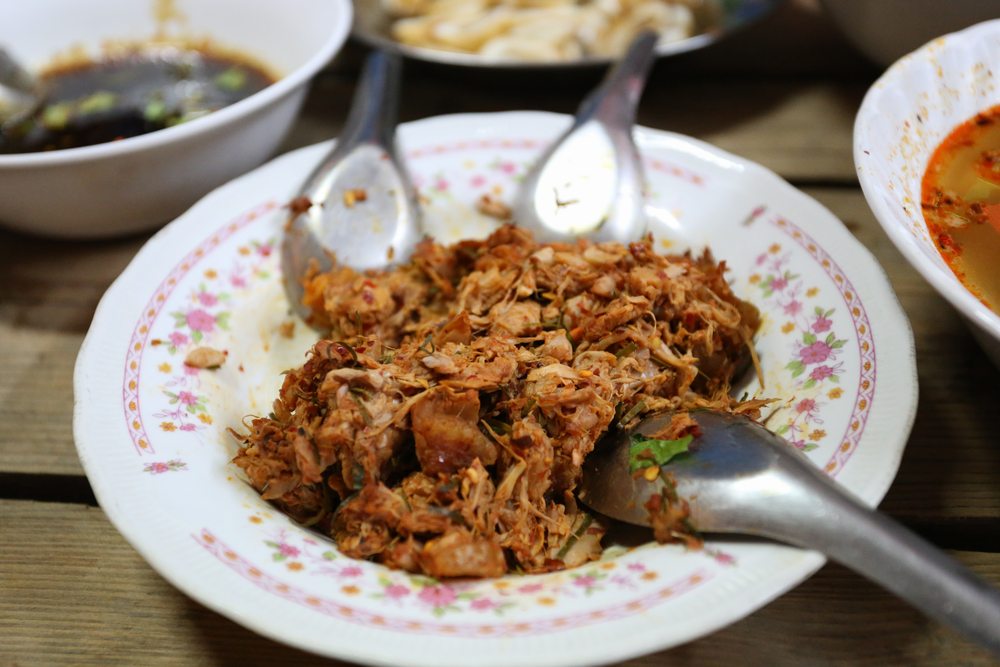 It’s safe to say that jackfruit has been a curry ingredient in Southeast Asia for as long as cooks have been curious—and tenacious—enough to cut this bad boy open. Green jackfruit (unripened) is sautéed with onions, then mixed with coconut milk and yellow curry for a hearty meal to pour over jasmine rice. 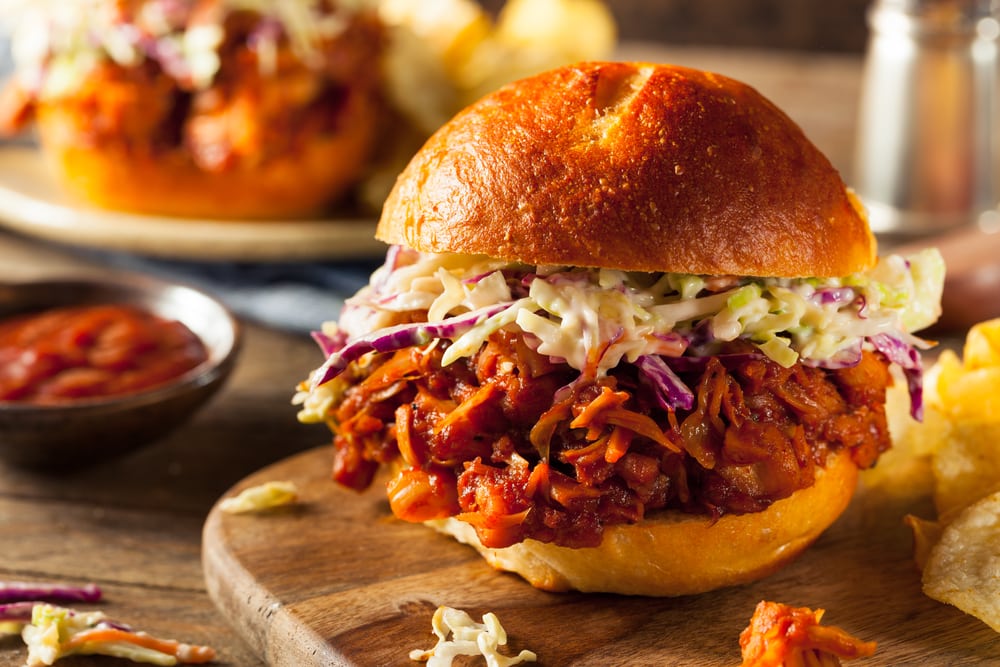 When NPR’s Marc Silver made “pulled pork” sliders—out of jackfruit, natch—for his officemates, the reviews were mixed, but generally positive. “I would not have guessed that was a fruit,” one of Silver’s taste-testers said. “It’s palatable and healthful and it tastes good.” 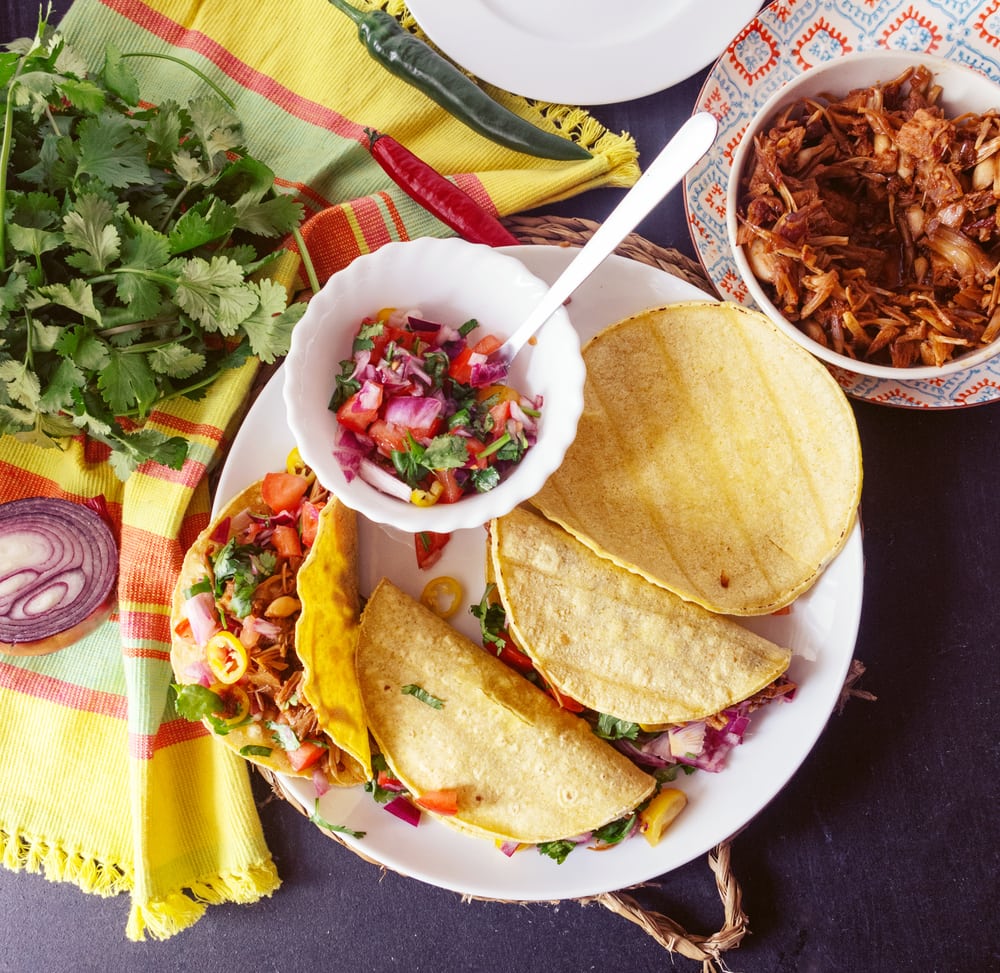 Ditch the BBQ sauce and reach for garlic and jalapeños instead. Jackfruit might not be able to steal the thunder from tacos al pastor, but it’ll make a welcome change from seitan during your next Taco Tuesday.

Perhaps because jackfruit is so often used as a meat alternative to pork, enterprising cooks have started subbing the fruit into veggie-friendly dumplings and potstickers. It’s also used to make elayappam or kumbilappam, steamed jackfruit dumplings from Southern India. 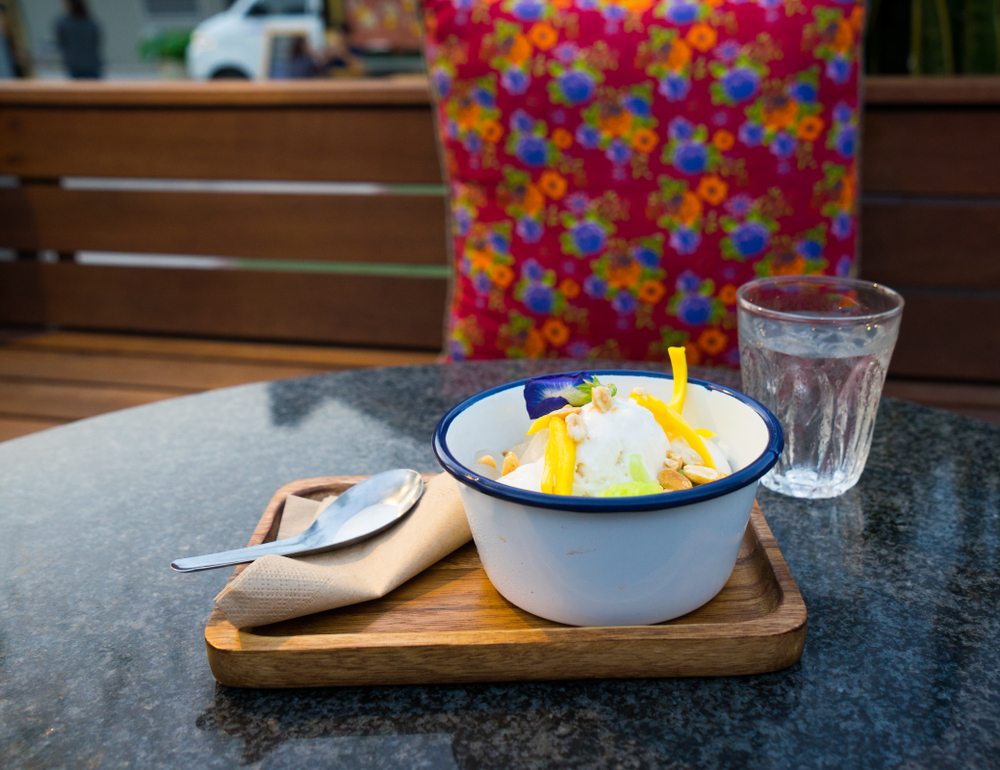 Jackfruit shows up in all sorts of Southeast Asian desserts, including Malaysia’s sago, made with jackfruit, coconut milk, and padan, and a kind of sweet jackfruit pakora, from India.

Need more lunch ideas for your vegan and vegetarian colleagues?