Hugely successful people are often outliers. They’ve got an X-factor that sets them apart from the general population. In search of that X-factor, we look everywhere. We analyze their morning routines. We marvel at how much (or, more often, how little) they sleep. We get confused when we find out they like to eat ice cream sundaes for breakfast.

To put a unique spin on a familiar saying—most successful people eat just like the rest of us: one bite at a time. There’s one thing most of them have in common, though: they’re laser-focused on health. How each person defines a good diet, though, can vary wildly. Some eat fruits and veggies, others subsist on Utz potato sticks. We took a quick look at the eating habit landscape among the most successful businesspeople in recent history. Here’s what we learned.

1. Power to the veggies

Steve Jobs was known for his tendency to eat one food for weeks at a time—causing the Apple visionary’s skin to develop an orange tint when he was on a carrot streak. The late CEO also experimented with “fruitarianism,” an extreme vegan diet that consisted of fruits, nuts, seeds, vegetables, and grains. Jobs was also known to fast, believing it would bring him feelings of euphoria and ecstasy, though this may have been a result of his body being deprived of glucose.

Sir Richard Branson says he balances his partying with plenty of fresh fruit and veggies—and he doesn’t smoke. In 2014, the 60-year-old billionaire entrepreneur cut beef out of his diet, saying that “eating less red meat can be healthier, better for the environment and … really easy to do.” Since the Virgin Atlantic founder has changed his diet, he’s said that he feels healthier and more active.

Jeff Bezos, founder of Amazon, is not a morning person—so he has a leisurely breakfast with his wife and children every morning. He also highly recommends getting a full night’s sleep.

Like Bezos, Arianna Huffington also encourages getting a full eight hours of sleep. The media mogul keeps her eating habits simple and veggie-focused, though she’s admitted to skipping breakfast more often than not. She prefers simple grilled fish and vegetables, and gave up refined sugar years ago—and she’s said she doesn’t miss it at all. Huffington rarely drinks alcohol other than an occasional glass of sommelier-recommended red wine. Her cheat food? Cheese, cappuccino, and “the occasional fabulous dessert.”

3. Quality food is the future

In 2011, Mark Zuckerberg challenged himself to eat only animals that he killed himself. Because this was such a challenge for the Facebook entrepreneur, he said that he “basically became a vegetarian … I’m eating a lot healthier foods and I’ve learned a lot about sustainable farming and raising of animals.” He’s since moved away from this hunter-gatherer mentality.

In 2013, Bill Gates invested a substantial amount of money in vegan-friendly products. While the Microsoft founder isn’t a vegan himself, he believes in the potential of alternatives and supports sustainable farming and food production.

4. Eat to stay young at heart

Warren Buffett self-describes his diet as that of a six-year-old. The legendary business tycoon is a fan of Original and Cherry Coke (he drinks at least five cans a day), enjoys ice cream for breakfast, and is an avid lover of Utz potato sticks. Nutritionists would probably agree that Buffett fans should take his investment advice rather than follow in his diet footsteps. When the 84-year-old was asked to explain his high-sugar, high-salt diet, he reportedly said that “the lowest death rate is among six-year-olds. So I decided to eat like a six-year-old.” 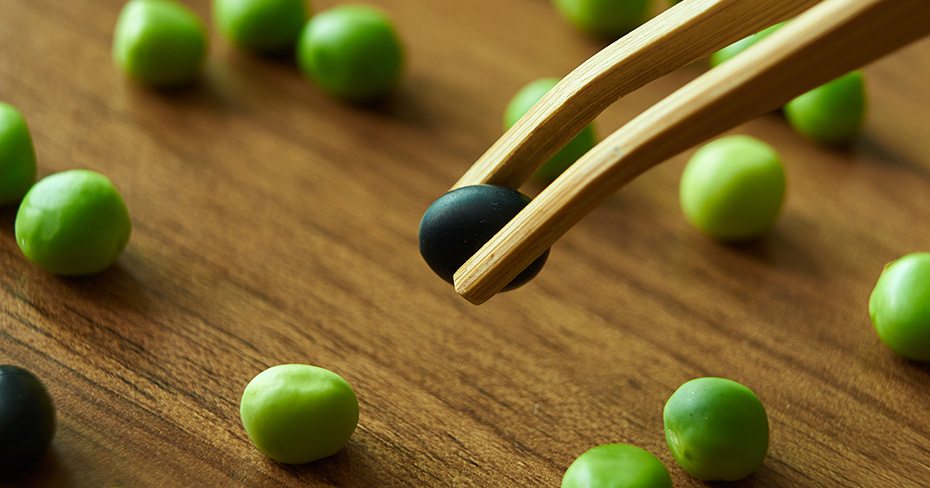 Howard Hughes is known for his eccentric personality, whether he was obsessing over the size of peas at dinnertime, or on a strict chocolate and chicken diet. The business tycoon and aircraft engineer was also a total germophobe, probably stemming from his OCD. Whenever he needed a spoon, it had to be wrapped in tissue paper sealed with cellophane, and then wrapped in tissue paper again. He kept an unusually strict menu, which consisted of a medium-rare butterfly steak with 12 peas of the same size. If the peas were mismatched, he’d refuse to eat them.

Looking for the best of something? Test a bunch of possibilities and see what works. Yahoo! CEO Marissa Mayer knows this. She engineered the perfect cupcake recipe, researching and logging spreadsheet data, and testing it every possible way until the cake and frosting were perfect. There’s something we can get on board with: because nothing’s quite as inspiring as a perfect cupcake.

How does your diet shape your routine? Let us know in the comments below.