Tomatoes have never had it so good. Native to Peru, remarkable in Italian cuisine, and sliced onto sandwiches of all kinds, the humble tomato crossed countless borders. Now, it’s become a key ingredient in the addictive tikka masala burrito that helped the Bay Area-based Curry Up Now build its brand and a devoted audience.

Tikka masala is, perhaps, the most familiar Indian dish in the United States. It’s a tomato- and cream-base sauce infused with spices such as cardamom, coriander, and cumin. Transforming an iconic Indian dish into a food truck sensation was the work of Curry Up Now’s co-founders and life partners Akash and Rana Kapoor.

It was late 2009, post-financial crisis, and the Kapoors were looking to transition away from the mortgage business. Into the kitchen they went. They literally cooked up the food truck’s initial menu. “That very evening,” says Akash Kapoor, “we came up with the name and cooked four menu items.” Those four items, the tikka masala burrito, kathi roll, quesadillix, and deconstructed samosa, helped Kapoor achieve his business goal—“to get someone who ate Indian once a year and turn them into a regular.”

The catering food truck of Curry Up Now began as a family affair, with Kapoor manning the grill. Rana Kapoor made the desserts, the family nanny worked as the cook, and co-founder Amir Hosseini working the front. Their menu was in synch with the hybrid burrito movement, which found its footing in the late 2000s, according to the San Francisco Chronicle. Just please do not call Curry Up Now catering’s twist on Indian street food “fusion.” “We are not fusion,” insists Kapoor. “We don’t fuse anything. We have a ravioli on the menu—that’s traditional Italian—but the sauce is traditional Indian,” he says. (The “holy moly” fried ravioli are served with the same tomato-based tikka masala sauce that defines the now-iconic burrito.)

Dishes like the deconstructed samosa (think of it as the Indian version of an empanada) and a mashed potato fritter known as vada pav are available on Curry Up Now’s catering menu. These traditional north Indian street foods are instantly familiar to American eaters (who doesn’t love mashed potatoes?). The samosa, known as the deconstructed phenomenon on the catering menu, starts with a base of vegetable fritters. Eat it just like that or build layers of flavor by adding some of the multi-culti topppings such as mild cauliflower fritters, chili-infused pico de gallo, or a mouth-puckering tamarind chutney to experience the dish at its flavor-popping best. Fans of burgers should go for the vada pav. Translated as “patty bun” in Hindi, vada pav is a veggie burger with Indian flavors. There are no tomatoes in this dish but its cross-cultural appeal is instantly recognizable to anyone who has eaten a burger, meat, veggie, or Impossible. 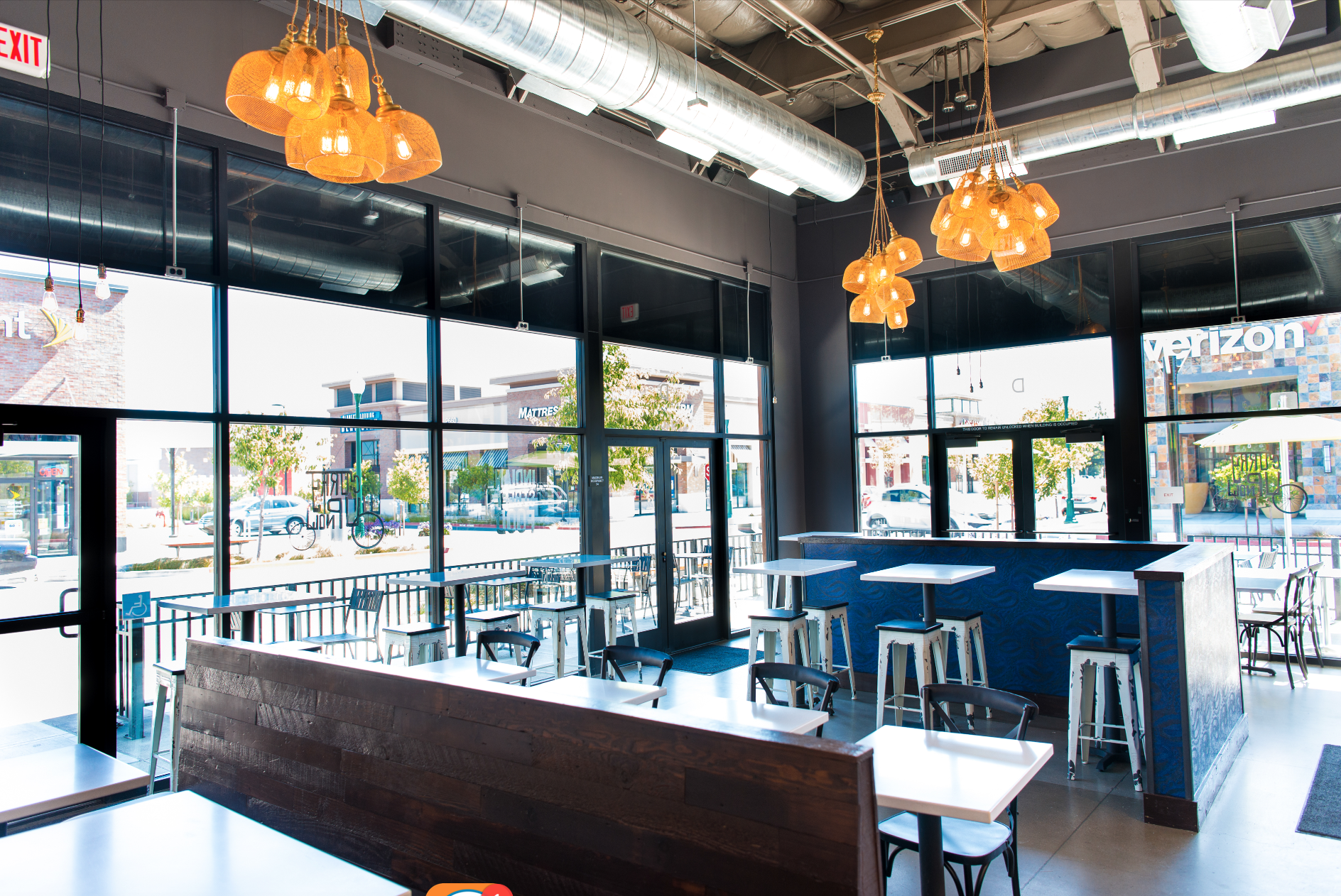 [Courtesy of Curry Up Now]

Curry Up Now Expands Beyond the Food Truck

Customers loved the concept, returning to try dishes such as the tacos with chicken or curried cauliflower and potatoes (aloo gobi) topped with cilantro chutney and those sev noodles. Or the wheat flour crisps topped with guacamole and hot sauce (guac sev puri). These dishes quickly became popular and Curry Up Now catering soon expanded beyond the truck, opening brick-and-mortar locations in the Bay Area. A bar concept, Mortar & Pestle Bar, soon followed. There, the snacks and small bites known as chaat are paired with crafted cocktails. The original four dishes remain on the catering menu, even as Curry Up Now expands from food trucks to restaurants and bars and onward to franchising.

“We had a lot of confidence,” says Kapoor, who continues to look for growth opportunities. After years of building their brand in the Bay Area, the Kapoors recently started working with the Kitchen Fund and Fransmart to grow the franchise business. It was not an easy decision, as the Kapoors want to ensure their company stays true to the brand as it grows. “We know that more [franchises] fail or go into litigation than make it,” says Kapoor. For restaurateurs looking to expand their brand, “make sure your brand is replicable,” says Kapoor. “You cannot franchise if you can’t show others how to do it without you being there.” With two more locations opening later this year in the Bay Area and, franchises underway in Sacramento and Atlanta, according to Eater, Kapoor has his work cut out for him. Get ready, tomato lovers, for the tikka masala burrito.

Get up-to-speed on Indian menu basics.

Start with this guide