Can a Former Start-Up Leader Excel at Catering Bite-Sized Food at SliderBar?

A Man Opens a Restaurant. His Training? Start-Up Culture

Some restaurant owners struggle for years testing out concepts before they get their first good review. Some never get any recognition. But with Ashwani Dhawan, it was like he belonged to that world. Case in point: His first restaurant, Mandalay, was Michelin recommended and named one of the best restaurants in the Bay Area in 2006 by San Francisco Chronicle food critic Michael Bauer. The restaurant he owns today, SliderBar in Palo Alto, a winner in ezCater’s 2018 “Best of Palo Alto” category, has become a shrine to beefy three-bite indulgences.

Readers may be surprised to hear that Dhawan spent three decades leading Silicon Valley software companies before reversing his course and jumping into his first restaurant. In his youth, while attending engineering school, he had a stint at a dining hall in New Delhi, India, which was more or less the extent of his restaurant experience. Had he not gained enumerable successes, this anecdote would have been consigned to his circle of friends. But in the context of his winning streak, Dhawan himself becomes a curiosity, as though the details of his life could unlock answers to our questions about attaining success.

“We worked way too many hours,” he offered. But that in itself does not explain everything. We all work hard. But not all of us can boast about owning a hot, much-loved restaurant and catering operation.

Asked how he did what he did, he couldn’t explain. But it’s the million-dollar question. And it made me wonder whether start-up life is the most ingenious form of restaurant training, as it’s defined by the same grueling conditions: long days and nights, shoestring budgets, endless problems, and lots of trial and error. 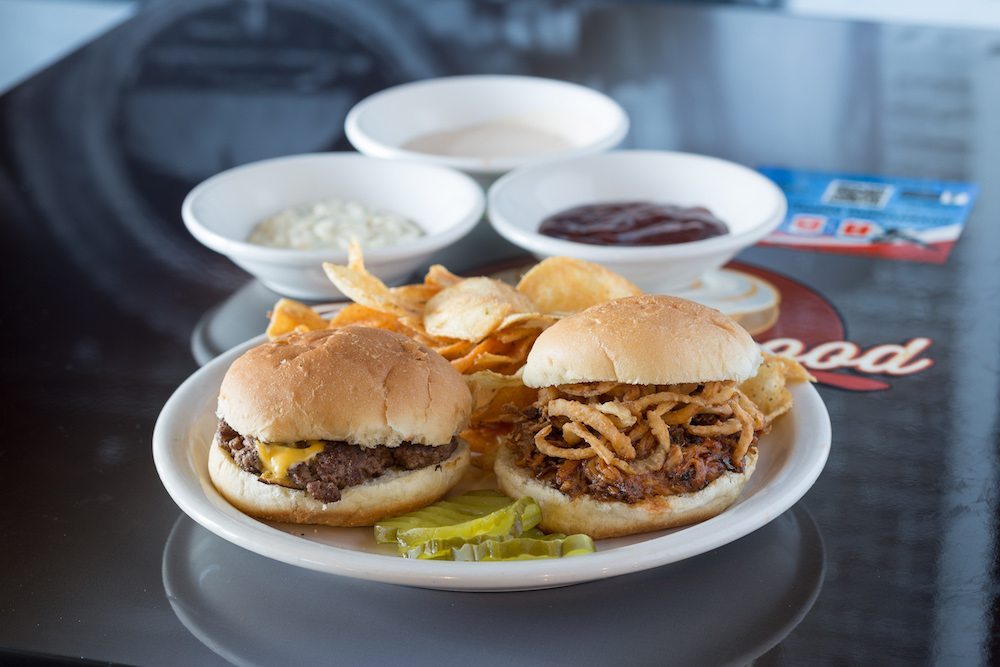 The Architect Behind SliderBar Catering

I spoke to Dhawan one afternoon right after lunch rush. I called him from the East Coast and our connection was bad. I think he was experiencing buzzing on his end, but, being polite, he didn’t make mention of it. I spoke to his catering manager, Rich Garcia, the following week, and it’s clear that Garcia’s enthusiasm is helping SliderBar to expand its success to catering. Garcia has only been with Dhawan since 2015, but he’s the architect of SliderBar’s catering operations and runs the helm of the company’s brand.

SliderBar is a modish sports bar. A Google search reveals a warm room filled with a younger crowd on backless stools at wood tables. There’s several flat screen televisions on the wall. If you can imagine Momofuku doing a sports-bar concept, that’s what it looks like.

Rich Garcia is not easily discomfited by strangers, I learned on our phone call, probably because he spends so many hours on cold calls. His manner suggests an easy-going guy who has the ability to draw people out. He was a server and bartender for a time, then a wine expert in a tough trade, long before joining SliderBar, and he uses that experience to his advantage. Tending bar requires one to be the most interesting person in the room, which he is. When Garcia goes out on catering runs or meets new clients, he says that people remember him. He says he knows his customers by first name and in the way of his saying so, it’s clear that he also has a taste for being among people, being friendly with them.

“You come in and be boisterous. You give them a laugh and say hi to everybody,” he said.

His expressions of enthusiasm feel authentic. But the work schedule he described to me was an indicator of an entirely different set of characteristics: thoroughness, toughness, a sort of organizational frenzy. Clearly he works hard. His work depends a lot on praise, praise of customers. SliderBar’s catering business depends on Garcia getting all the important details right, which he does. But he enjoys this part of his job. He said of his customers, “They’re just a real pleasure to deal with. You want to serve them. Getting a thank you from them just means a lot. I want to be there for them.” 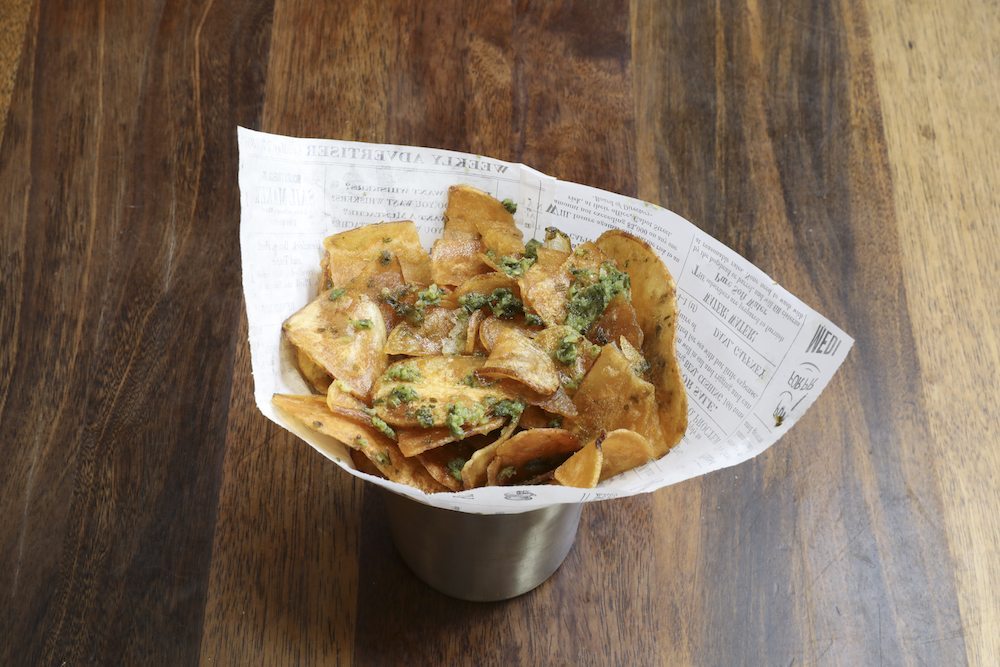 In the three years that Garcia has been with SliderBar, he’s done a lot to build the brand. Together, he and Dhawan make sure that SliderBar never veers off course. This higher purpose, protecting the brand, plays a vital role in Garcia’s decisions. For one, he adamantly refuses to rely on third-party delivery services for SliderBar’s catering. “I found that I’d rather have my own people do it,” he said. The reason? Drivers from food-delivery services “are not employees, they’re contractors,” he said. “And they come in unprepared, in T-shirts, confused, and you just don’t want your business showing up at a nice little start-up and not presenting themselves professionally. Our people know what to do. We take ownership of the setup area. We hit it and go.”

It’s because SliderBar keeps an eye on the details that it’s so popular. “Everything is made in small batches with a little extra detail,” Garcia told me. “We do a lot of slow-cooking methods. We make the patty in the restaurant, we use La Boulange for our buns. The chicken comes in filets and we grind the chicken there in the restaurants. For the most part, all our products are from scratch.”

To Garcia’s mind, the slider is the surest way to excite eaters, who’ll be thankful for the rotating cast of three-bite burgers and accoutrements at catered events. “What’s unique, fundamentally, about the slider is the concept in itself, that they’re able to get hundreds of them,” Garcia said. Meaning that party-goers can pick and choose among the dozen different sliders they offer—perfectly seasoned sliders made from beef, chicken, lamb, or vegetables, alternating with frills of lettuce, tomatoes, and flavorful sauces, each one of them a greatest hit. 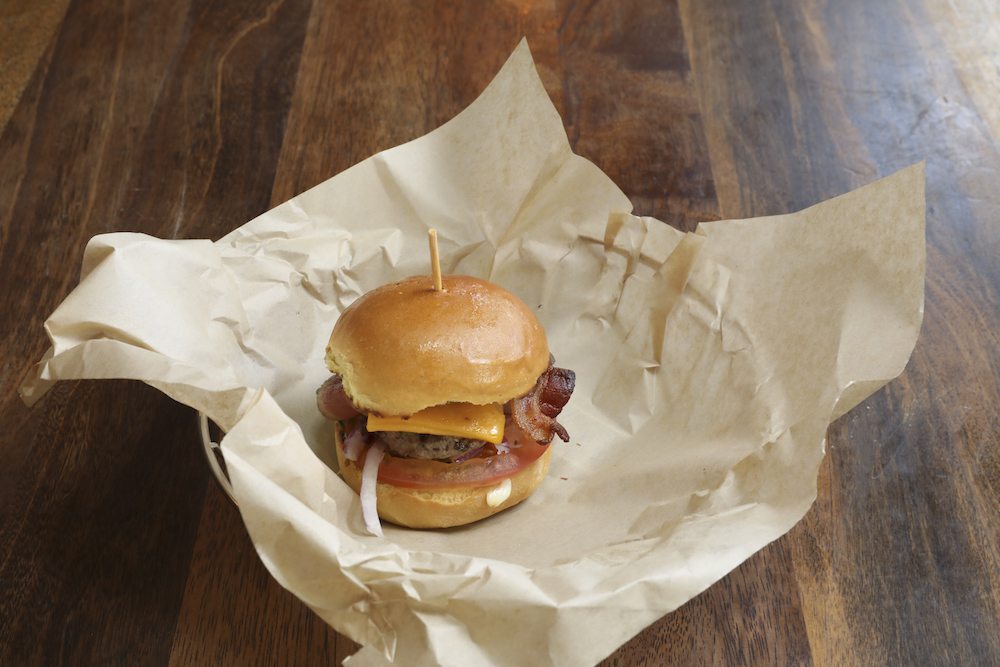 Sliders once connoted greasy little burgers (the first iteration was the White Castle burger, according to the New York Times), but today they’re lavish creations of chefs who’ve turned the fast food gourmet. Some sliders look sloppy and tired, but SliderBar’s creations are consistently juicy and dolled up. For both Dhawan and Garcia, the slider is the place to show their glory. Here are some of SliderBar’s most popular catering dishes. Orders of sliders serve six; fries serve a dozen. 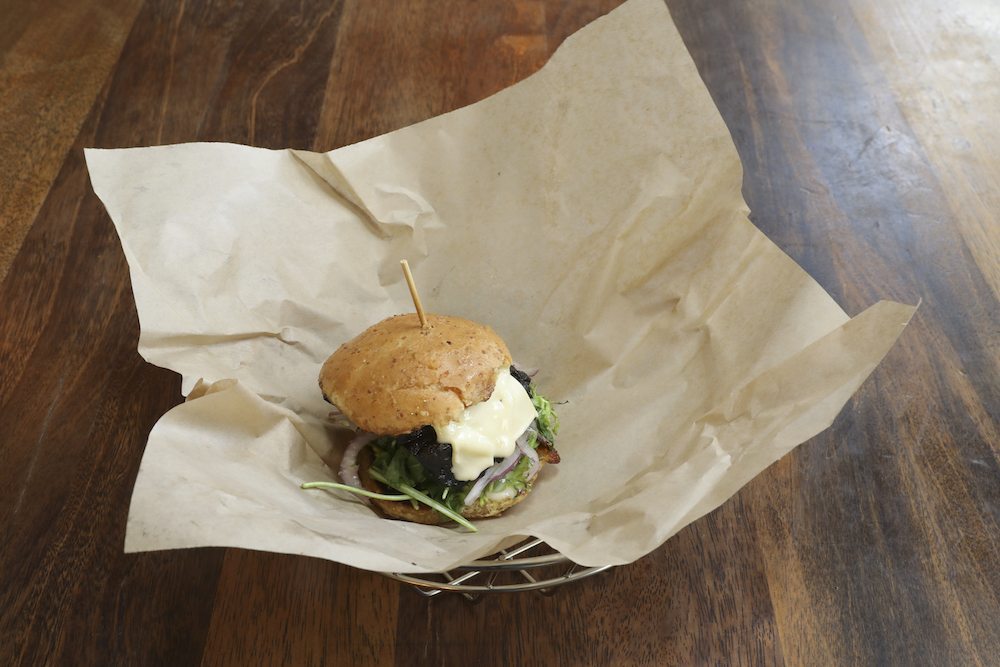