Every March, BostInno, an online publication focusing on Boston’s innovation economy, puts out a series called Tech Madness. Applying the classic bracket-style NCAA rubric to the titans of the local tech scene, the competition highlights local movers and shakers as well as more established firms.

With so much raw talent gathered in a friendly web contest, we got to thinking: what keeps these teams running like well-oiled (or, rather, well-sweetened or salted) machines? We reached out to the 32 finalists to get to the bottom of what’s most important to us: the food.

From yogurt-covered pretzels to teriyaki beef jerky, here’s what powers the local tech community, one handful at a time. 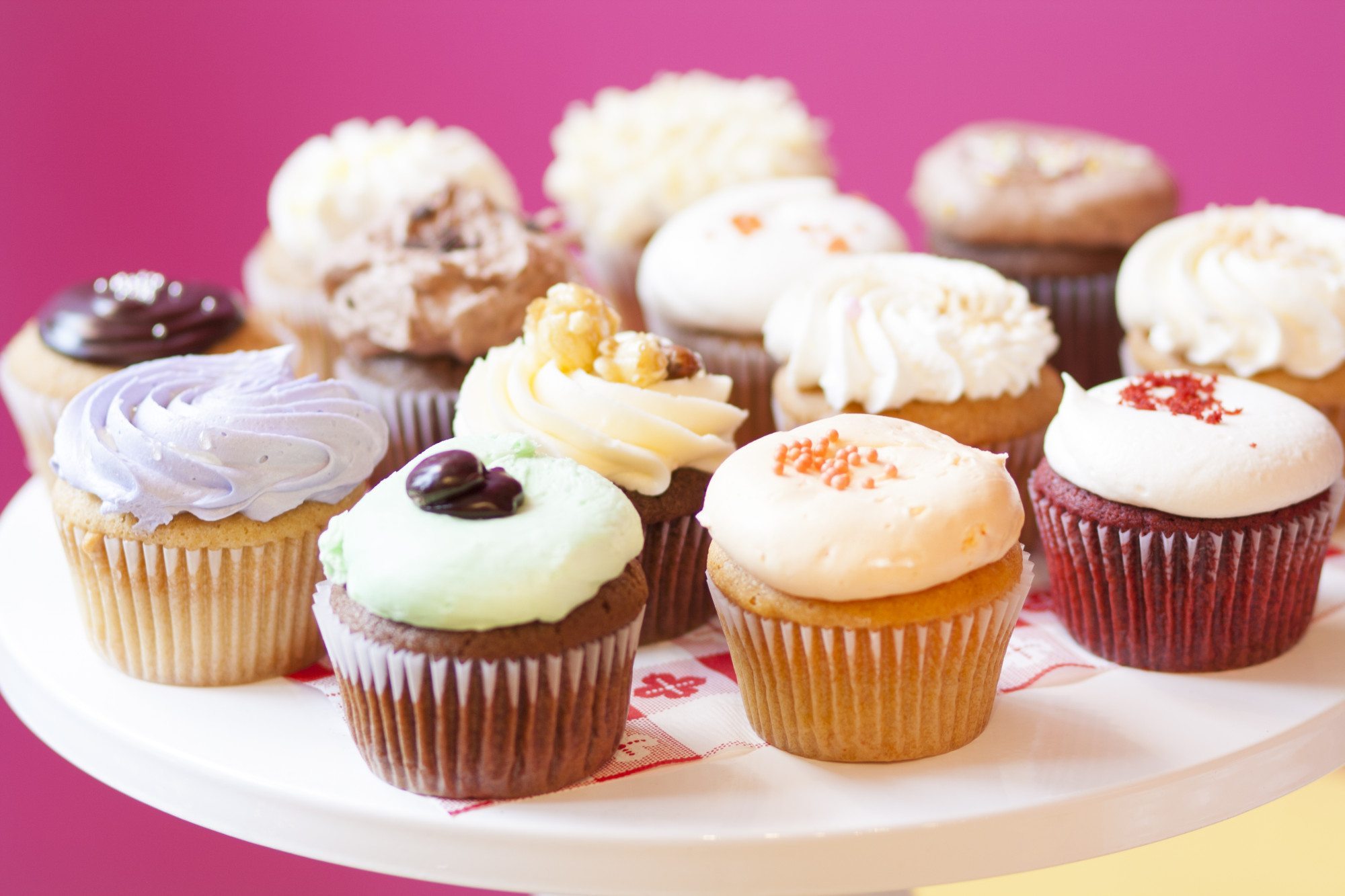 Tech innovation can be pretty sweet. At ezCater HQ, we capitalize on every possible chance to order cupcakes (Is it Earth Day? Your dog’s birthday? Bring on the sweets). Many of our neighbors, apparently, couldn’t agree more.

“Michael Hansen, CEO of Cengage Learning, can’t walk by a bowl of M&Ms without taking a handful,” said Chloe Ryan, PR Manager at the company” She added that they’re “… fuel to keep him going as he leads the company in developing edtech solutions built around the lifestyles of today’s learners. But who doesn’t love M&Ms?!”

Others balance out the sweet tooth with that other classic workday fuel: caffeine. “We have a cold brew coffee keg in our office, which absolutely fuels most (if not all) of the team each day,” said Catherine Kellogg, Content Marketing Manager at VMTurbo. Like us here at ezCater HQ, it turns out they also have a soft spot for cupcakes: “Another favorite treat is Georgetown Cupcakes! We celebrate birthdays each month with a round of cupcakes for the office, which is always fun.”

Lauren Van Dam, PR Manager at LogMeIn, said that their team likes a sweet & salty mix. They like “KIND Dark Chocolate Nuts & Sea Salt snack bars…and daily fresh fruit. The KIND bars are a company favorite because they’re the perfect mix of sweet and salty…and also a great way to indulge your chocolate cravings in the afternoon. The fruit is great because who doesn’t want to be healthy!” DataXu has similar feelings about KIND bars. According to their office manager, “DataXu Boston is really into KIND Bars right now! We currently can’t keep them in the kitchen for more than an hour, and trail mix is popular right now, too.” 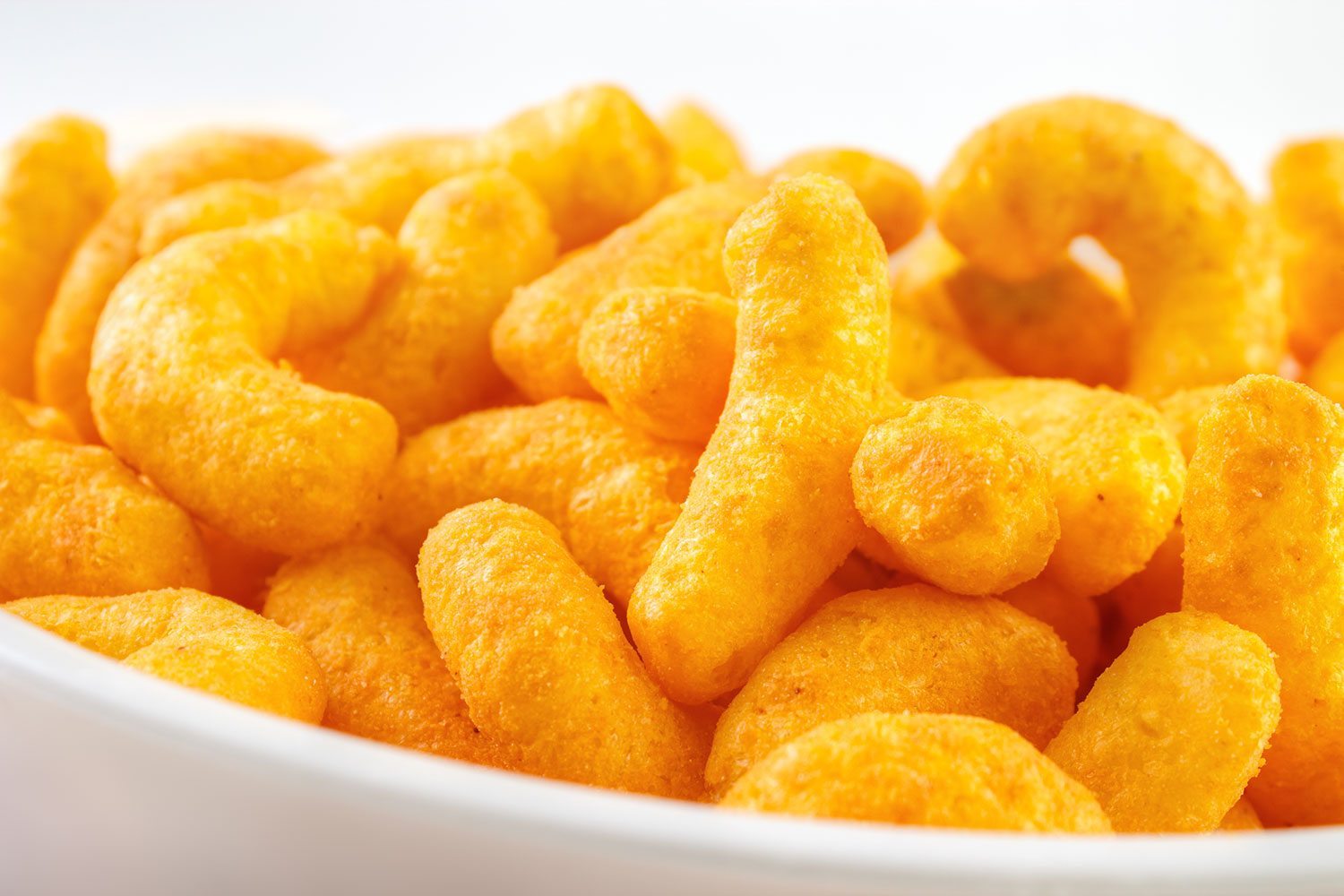 There comes a time in everyone’s life when there’s nothing you’d like more than a good-old-fashioned potato chip. Or half a bag of potato chips. As it turns out, our local tech community has a salty side, too.

Our own CEO, Stefania Mallett, waxed poetic about an unexpected treat. Her favorite snack? “Bachman Jax. They’re so puffy crispy crunchy melty sticky fakely-cheesy weird that I can eat an entire bag at once – and then feel pretty darned sick (and have orange dust all over my clothes and hands and face). But I’m happy.”

“That’s an easy one,” said Acquia CEO Tom Erickson when asked for his favorite office snack. “Chex Mix. The bolder the better. In my case, it’s a childhood tradition. It was served as a ‘special’ treat during holidays. And now when I visit my sons at university, I always bring them Chex Mix. With them, like at the office, it’s always the fastest snack to disappear!” 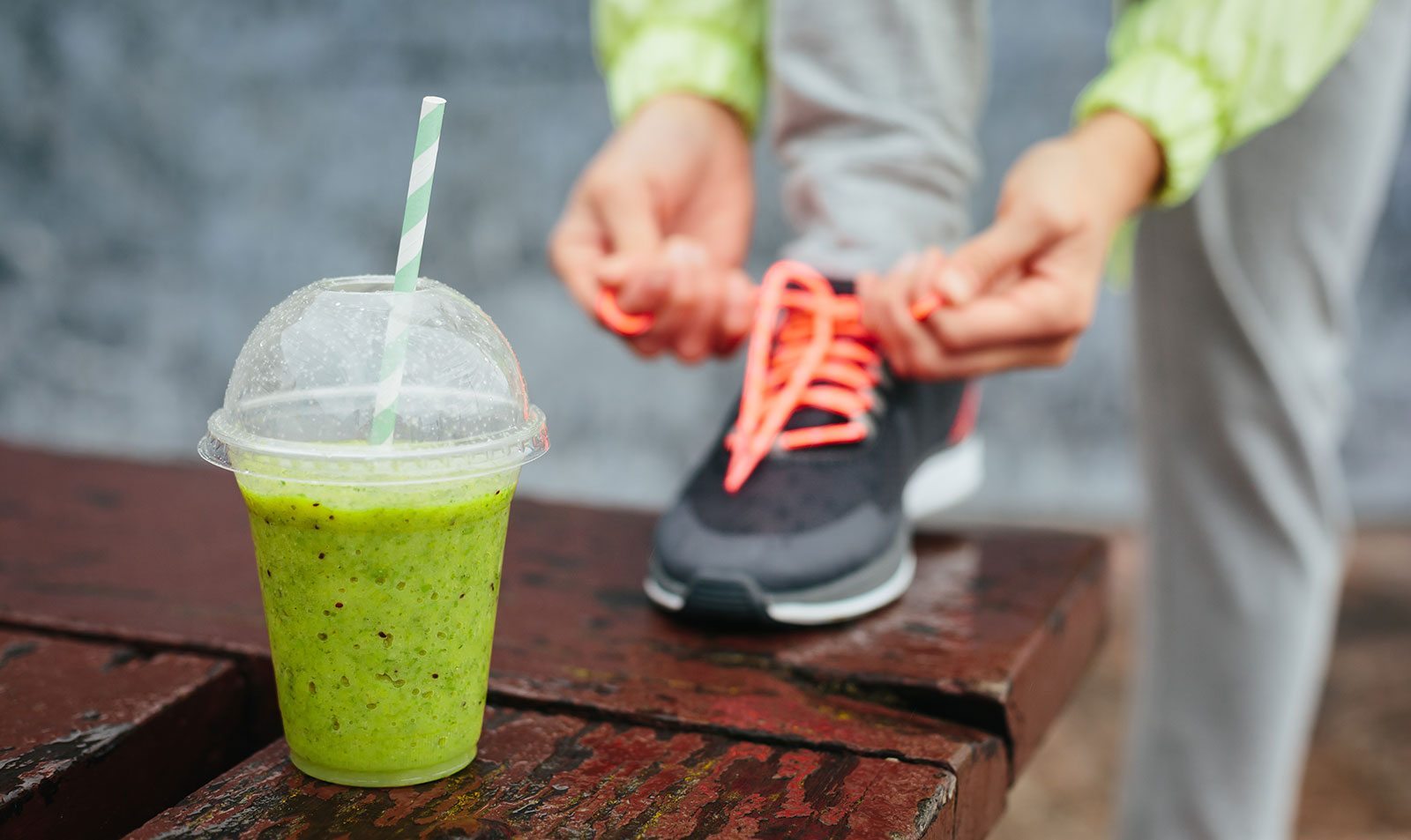 When it comes to keeping healthy at the workplace, some Boston CEOs lead by example.

According to Kim Lindquist, Director of Marketing & Brand Awareness at InsightSquared, “our CEO, Fred Shilmover, is a marathoner and real health nut, and his favorite snacks are almonds and mixed nuts. Since InsightSquared‘s inception, he has had made sure that there are (mostly) healthy snacks in the office, like fresh fruit, so that employees can choose things that keep our bodies and minds healthy. We don’t have soda, for example, but we have a soda water machine, if you want a few bubbles.” Likewise, EverTrue CEO Brent Grinna is laser-focused on nutrition. “For Brent Grinna, our founder and CEO, his new favorite snack is ready-to-drink Soylent 2.0,” said Jessica Benjamin, Marketing Communications Specialist. “While it is lacking in flavor, it compensates for that with nutrition and convenience. We don’t yet stock it in the office, but it’s currently under consideration! As former football player at Brown University, Brent is always looking for snacks that are nutritious and filling.”

Other CEOs return to their snacking standbys for nostalgic reasons. “Dried mangos are my favorite office snack,” said Actifio CEO Ash Ashutosh. “They are healthy and remind me of growing up in rural India near a vast mango farm. Some of my best childhood memories are with my family and friends at the farm having picnics and eating lots of raw and sun-dried mangos.”

Applause CEO Doron Reuveni is a real health nut. He “… loves raw almonds! (And almonds of all kinds. Peanuts/almonds/cashews are ubiquitous here—smoked, salted, dry roasted, etc!)” said Nick Lorenzen, head of Awareness at Applause. “Doron has run 10 Boston Marathons and is an official Ironman Triathlete so he eats an extremely healthy diet, so he prefers the raw.” 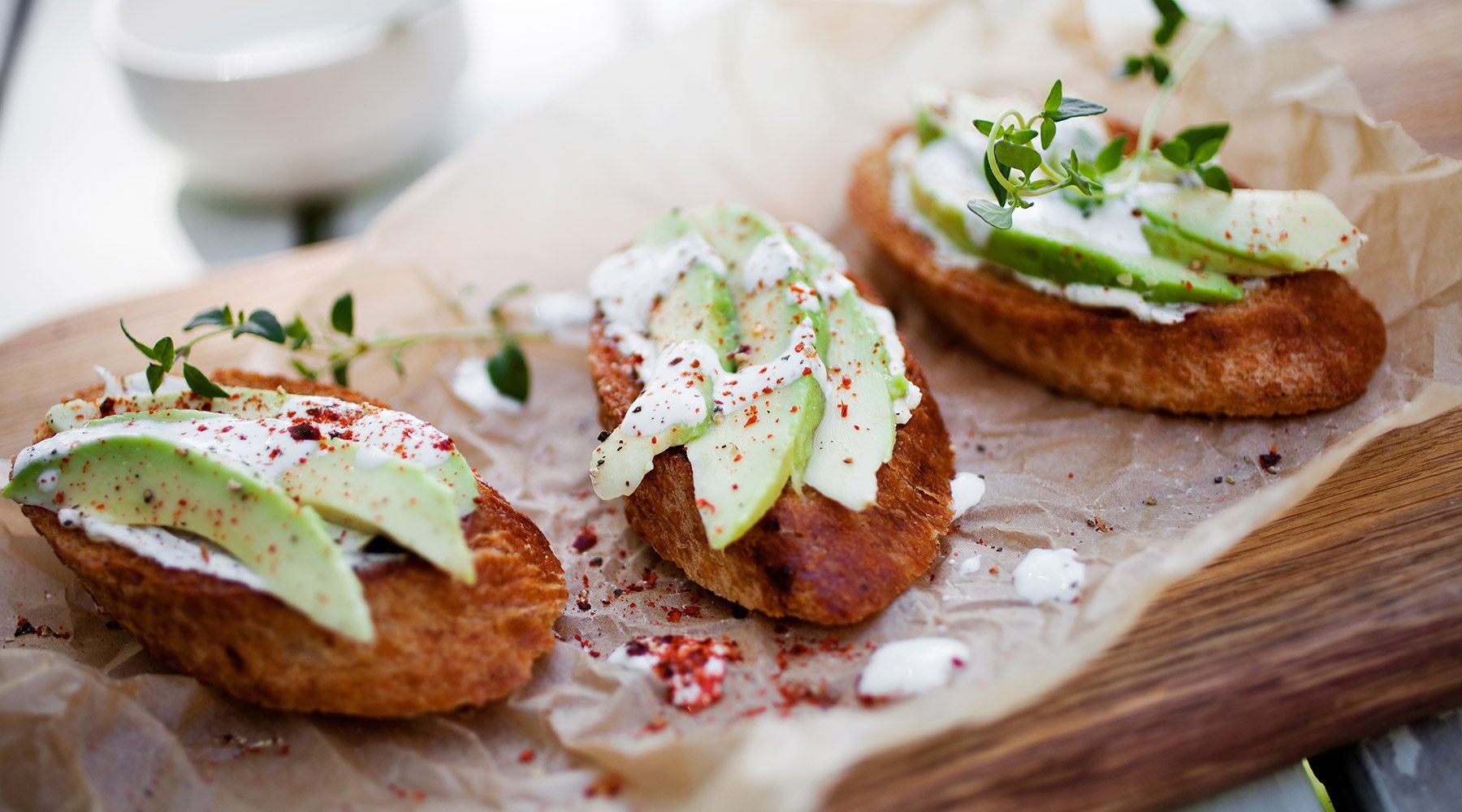 A couple of the companies we surveyed thought that their office snacking habits were a good reflection of the companies themselves. According to Nicole L’ecuyer, Event Marketing Manager at Toast, “Toast‘s favorite office snack is toast! There is no particular toast that is our office favorite, we like them all; toast with peanut butter, toast with avocado, toast with jelly, etc.!” Likewise, Vanessa Porter, Director of Marketing at SnapApp reported that their “favorite snack is popcorn—it might be small, but it’s packed with flavor and addictive to anyone who tries it. Kind of like SnapApp!” Other local popcorn fanatics include Nangians CEO Ric Calvillo, whose favorite snack is Popcorn Indiana.

A few of the companies we surveyed have more playful snacking habits. The pun-hungry folks at Mavrck had this to offer: “Cheez-Its, because they are Gouda after a long day at work” (and they add that Cheez-Its are the “holey grail” of all foods). Colin Angle, CEO of iRobot said that he prefers “Supremely Spicy Hummus—because it tries to be like buffalo wings under the disguise of being a healthy snack.” Corey Thomas, CEO of Rapid7, is also a fan of a healthy delusion. His favorite snack is “yogurt-covered pretzels … It has the word yogurt in the name, so it must be healthy.” The cofounders of Wayfair have a history of stocking up on everyone’s favorite childhood treat: animal crackers. Susan Frechette, Senior PR Manager at Wayfair passed along that Steve Conine’s favorite snack is “Animal crackers that come in the box with the little string. Back in the day Niraj and Steve would make runs to Costco and stock up on them (animal crackers). However, these days his snack choices tend to be a bit healthier.”

According to CEO Bettina Hein, Pixability also takes a unique approach to in-office eating. “Pixability‘s kitchen is always stocked with fresh fruit and snacks, but our favorite food changes midday every Monday. That’s because on Mondays we hold Pix Picnic, and bring in lunch for the whole team. There’s only one rule: you’re not allowed to eat at your desk. It’s so simple, but the results have been tremendous. The team looks forward to Mondays, and everybody has a chance to mingle, especially with colleagues from different functions.”

After surveying the office snacking scene, we made an important discovery: no matter what your favorite snack is, food brings people together. And helps teams focus. Three cheers for that.

What’s your company’s favorite snack? Let us know in the comments below.