At Moody’s Delicatessen & Provisions, No Request Is Too Small

When local and national publications write about Joshua Smith, the owner of Moody’s Delicatessen & Provisions in Waltham, Massachusetts, they often call his string of successful eateries an empire. In addition to Moody’s, which opened a second deli location in downtown Boston last winter, Smith has also launched a fine dining restaurant, The Backroom, and, in early June, a taqueria. But where does all his drive come from?

“I’m hungry,” Smith said of his ambitions. “I have these goals of different concepts I want to do. But whether I do them this year, or five years from now, it doesn’t matter to me. It’s more: ‘when can I do them well?’” He attributes the rapid growth of Moody’s Delicatessen & Provisions to hiring a steady and supportive team—and to taking advantage of real estate opportunities as they come along. “You can have the most amazing food, you can have the most amazing building—but if the service isn’t there, and the team isn’t there to help execute it, then you really don’t have anything,” he said.

Smith also has a knack for listening to his Moody’s catering customers—and a fearless willingness to try new menu items, like barbecue, tacos, and even pasta. In an age of corporate groupthink and extensive menu marketing research, his perspective is a refreshing change of pace. But Smith brushes off the compliment. “We try different things at the deli, and when we try them and they don’t work, we listen and we don’t do them again,” said Smith, who was voted Boston’s “Chef of the Year” in 2014. “Because the guests are going to tell you, you know,” he added. “The people come in and vote with their wallet.” 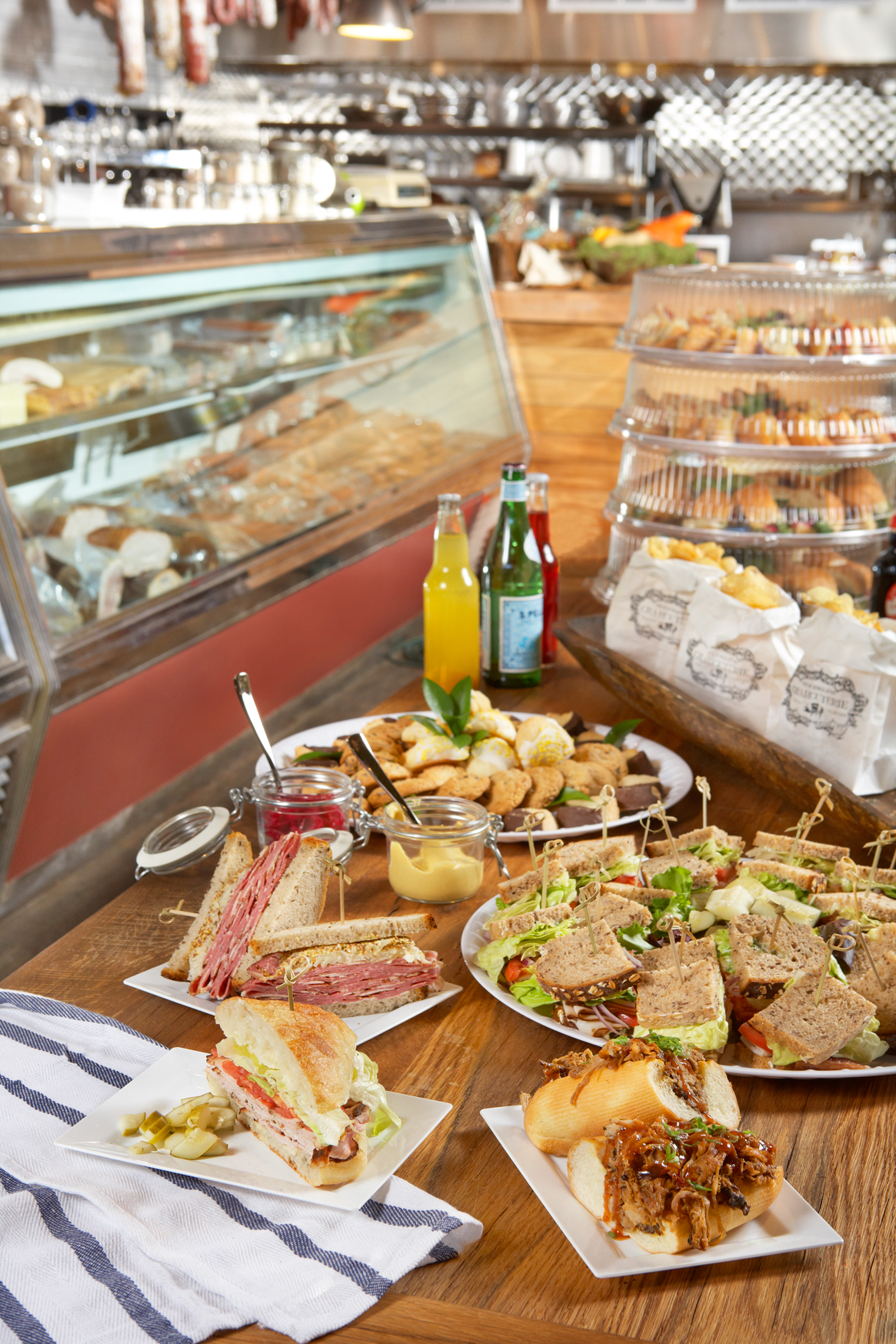 Moody’s Delicatessen & Provisions opened its Waltham location in 2013, after Smith grew tired of restrictive stints in kitchens at the Four Seasons and other restaurants across the country. He also wanted the ability to cure his own charcuterie—something very few managers see the point in doing. “They said, ‘Why would you make it, if you could buy it?’” recalls Smith, who used the rejection as motivation for opening his own business.

Finally, in Waltham, he found city officials he could collaborate with in order to realize his vision for Moody’s Delicatessen & Provisions. “We built the first USDA-inspected facility dedicated to small, handcrafted meats attached to a retail establishment—which was not done in Massachusetts, or New England, for that matter,” said Smith. Because of health codes, the process is expensive and challenging—but Smith thought that having a facility to make handcrafted, smoked meats—which he could then use in his restaurant—would be worth it in the long run.

The facility also gives Smith an opportunity to make more of the breakfast and lunch foods he loves to cook for both Moody’s catering orders and deli customers. “It’s a big deal for me to have a dope breakfast place with perfectly cooked eggs, beautifully made handcrafted meats, hams, and bacons, things like that,” he said. “Having worked all over the country and done all sorts of cuisine…for me, fast casual—breakfast and lunch—is my favorite.” 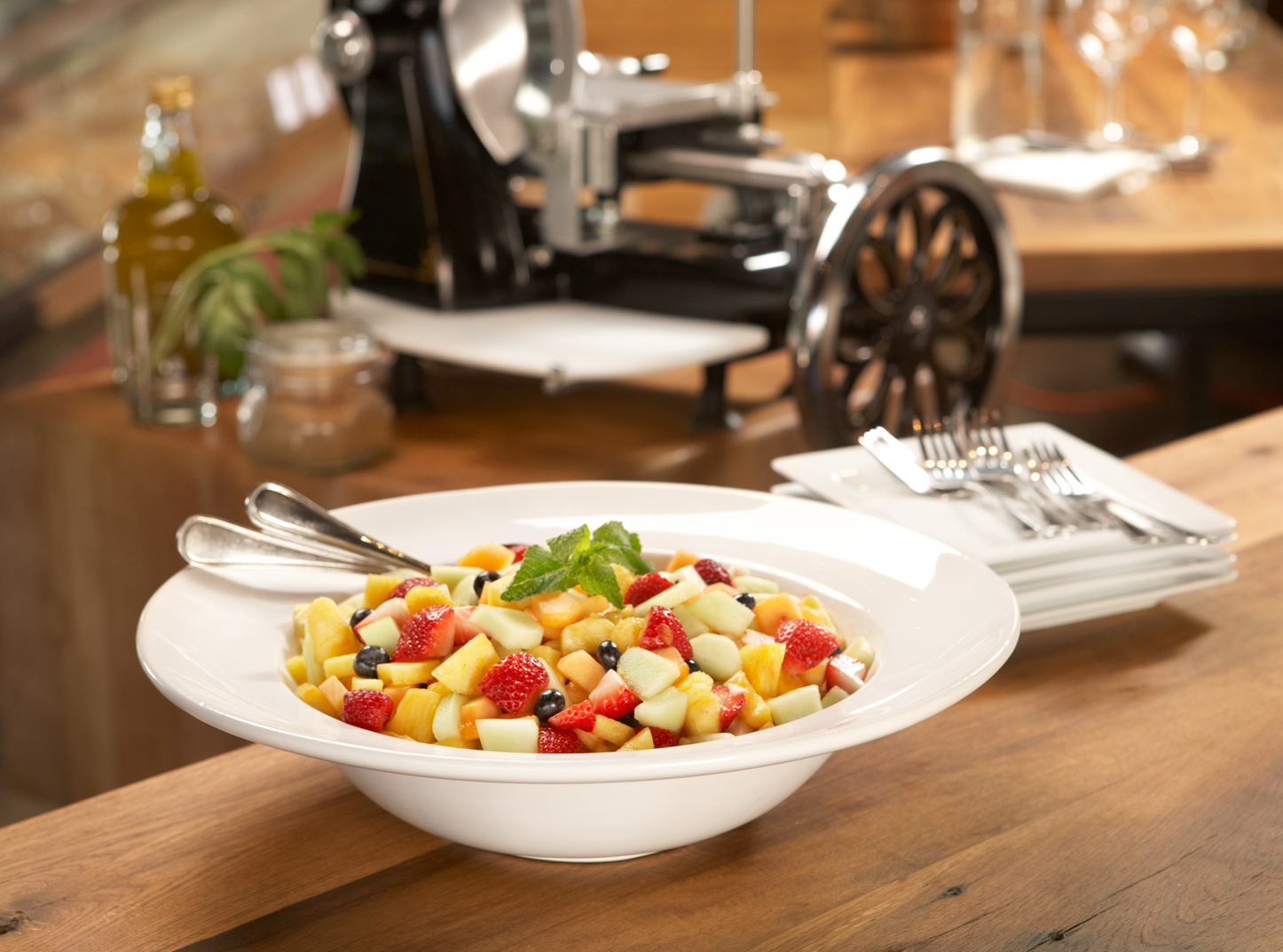 Smith’s affinity for “beautifully made handcrafted meats” is reflected in the menus for each of his restaurants, from the wagyu beef and chorizo at the new taco stand to the French-inspired small plates served at The Backroom. Moody’s catering platters are heaped with signature deli sandwiches, served at a price point that make it easy for office orders.

At first, Smith—who strives to be both creative and flexible—resisted designing a sandwich catering menu with set packages. He wanted that part of his business to have the same versatility as each of the others. “It was so hard because I want to do anything. I want to make you happy,” Smith said of his desire to please Moody’s catering customers. But he soon realized this made it difficult for customers to decide what they wanted. “I didn’t want to have Package A, Package B,” he recalled. “But I ended up doing just that.”

He also cares deeply about the office administrators who order from Moody’s catering, which is why he goes out of his way to impress them. “We want to show them our gratitude because—I didn’t realize—the people who order the lunch are not getting lunch,” he said. “They might get the leftovers, but that’s not fair. As a business, I’d rather get to know them and buy them lunch,” he added.

Long before he became the emperor of Waltham, before he ran his own kitchen at Moody’s Delicatessen & Provisions, Smith started out as a restaurant dishwasher. The idea of treating kitchen staff, or anyone who works behind the scenes, as extended family has never left him. “That’s something that’s really important to me,” he said. “It’s a ‘no man left behind’ kind of thing.”

Have a hungry horde to feed in your office?

Place your order with Moody’s