A World of Tacolicious, Packed in a San Francisco Volvo

San Francisco Catering and the Birth of Tacolicious

There’s no law against slinging tacos from your car trunk, but there’s hardly any allure to it. It’s a kind of existence that can feel precarious. But back in 2009 Joe Hargrave did this every Thursday at an outdoor farmers’ market at San Francisco’s Ferry Plaza. Bathed in early morning light, he hawked tacos from the back of his Volvo, paces away from the choppy waters of the San Francisco Bay.

Hargrave’s taco slinging was an extension of his efforts at his Spanish-concept restaurant Laiola. Newly opened then, Laiola was getting incredible accolades from critics but not bringing in enough cash. This was a volatile period following the stock-market crash, when most restaurants struggled. That’s when Hargrave came to his decision to traffic in tacos. 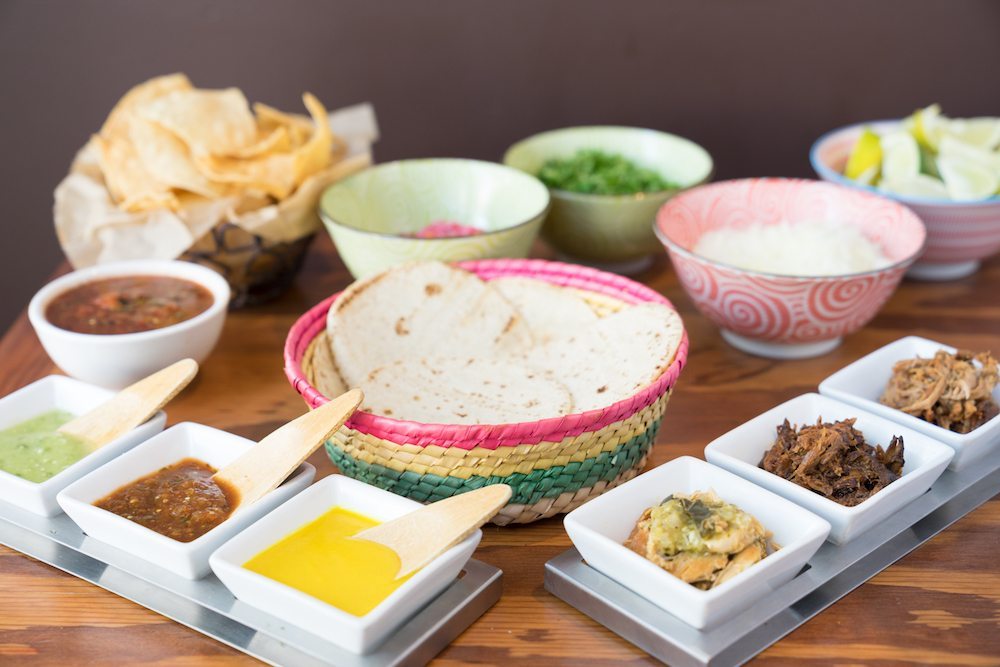 In the beginning, Hargrave was a taco-slinging novice, so to speak. Weeks passed, and people were quaffing his tacos, skinny-jeaned voluptuaries draped around his stand—there were no half-finished plates. These customers, their sheer appetite for his tacos, prompted Hargrave to act. He began offering tacos at his restaurant Laiola on Tuesday nights. This did incredibly well. Then in 2010 Hargrave ordered his team to shut down Laiola. Two weeks later the restaurant reopened as Tacolicious. Hargrave now presides over five Tacolicious locations and a San Francisco catering operation in the Bay Area, as well as a spinoff called Taco Lab in San Miguel de Allende, Mexico.

One might say that Hargrave has created a small Tacolicious kingdom in a city that is known to be lordy about tacos. San Francisco turns over so much space to taquerias that Mexican food nearly begins and ends every block, providing fullest expression to the sestina. What can be deduced from this is that to sell tacos in the city, to pursue San Francisco catering with tacos even, is ballsy. And to make it in the city, to create a small empire after seven years, is not nothing.

To have a taco from Tacolicious is to be stupefied mentally, emotionally, which is to say gutturally. The tacos are expertly prepared, meats clinging and plump, draped over pliant corn tortillas carrying a fragrance of toasted corn, made fresh from a local Mexicatessen called La Palma. The folks at Tacolicious are a bunch of minimalists who believe in restraint, and they sprinkle their tacos minimally with cilantro and onions only, a wedge of lime on the side, sometimes cotija cheese, but nothing more—nothing grotesque like a decorative avalanche. 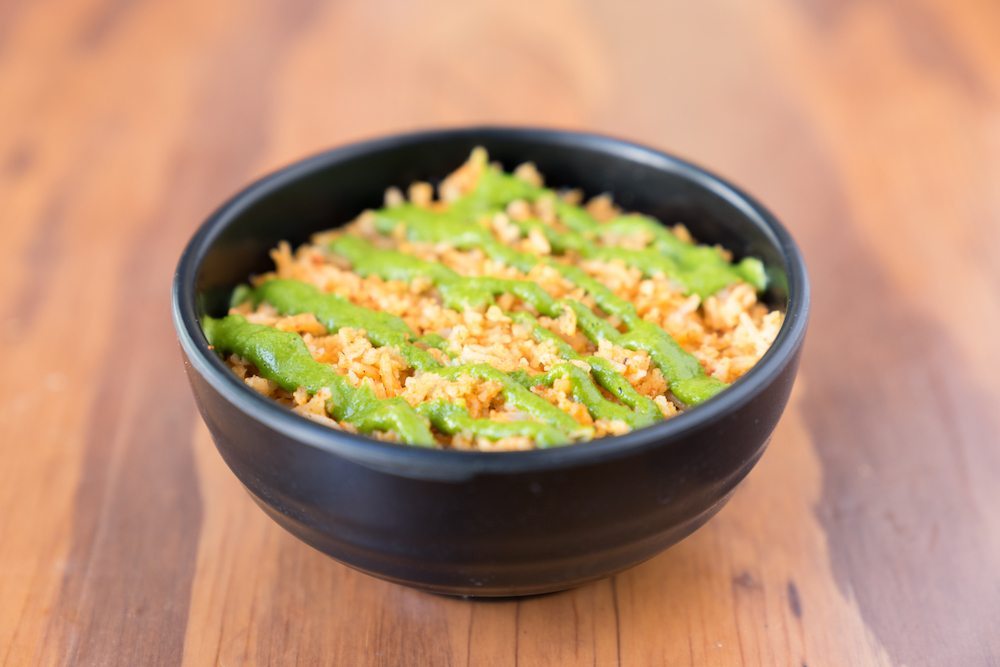 Eaters are destined to have seconds of the carnitas. Boneless pork shoulder is hewn in hunks, soaked in a marinate of orange juice, crushed garlic and spices, and simmered in liquid lard for three hours until the bulging meat pulls apart at the prodding of a fork. The pork, shredded, is crisped in smoke-hot oil before being served. The corn tortilla becomes a platform for an open-faced heap of shining, tangled pork, the sizzling fatty flavor tempered by a confetti of onions and cilantro. It’s a taco that makes the art of pigging out respectable. 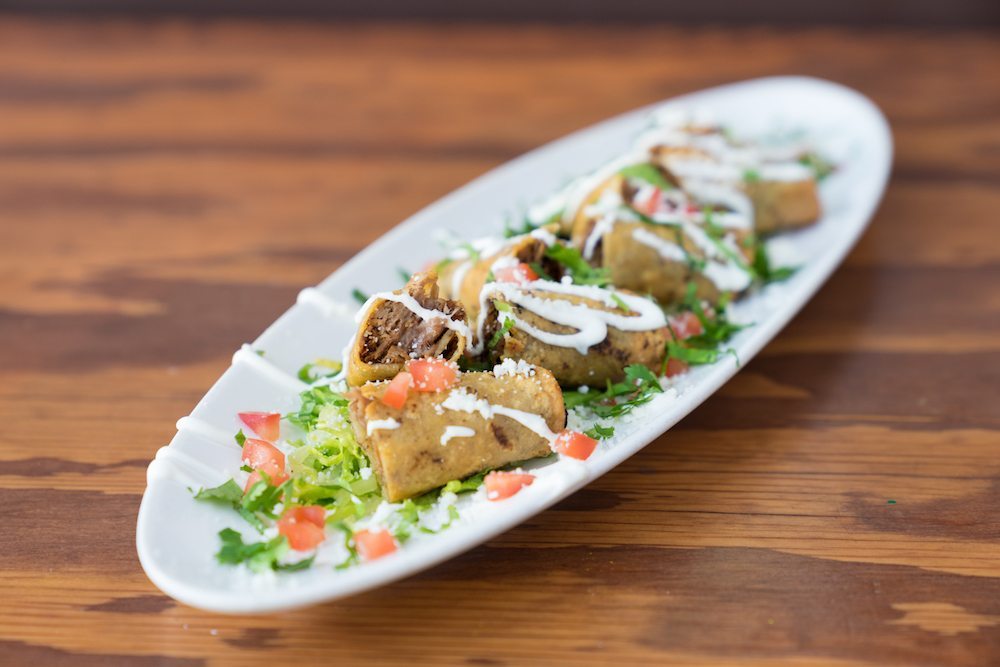 The guajillo-braised beef is conjured from a midnight-eater’s dream. Beef short ribs are seared crusty brown, then left to commune in a creamy blend of toasted guajillo chilies, Negra Modelo, a dark Mexican beer, Mexican oregano, and cumin. The beer amplifies the meatiness of the short ribs with smoky notes and a deep earthy nose. During the braising, the guajillo chilies help the short ribs to develop shades of flavor: one detects sweet fruity heat just beyond the dimensions of meatiness and smoke. Both the carnitas and guajillo-braised-beef tacos (and more) are available from Tacolicious’s San Francisco catering.

I spoke to Kory Cogdill one afternoon right before lunch. We talked about Tacolicious and the trends of San Francisco catering. Kory is the public relations and community manager for Tacolicious, and he can find no fault with Tacolicious catering and tacos. Neither can I. Having moved from San Francisco to the East Coast recently, I’m constantly seeking a proper taco. I belong to that group of transplanted Westerners that Jeff Gordinier wrote about in The New York Times, who “exist in a constant state of grievance” for good tacos. As I listened to Kory talk about Tacolicious, I made a mental note to hasten back to the city, if only for a few days, to get myself a taco. 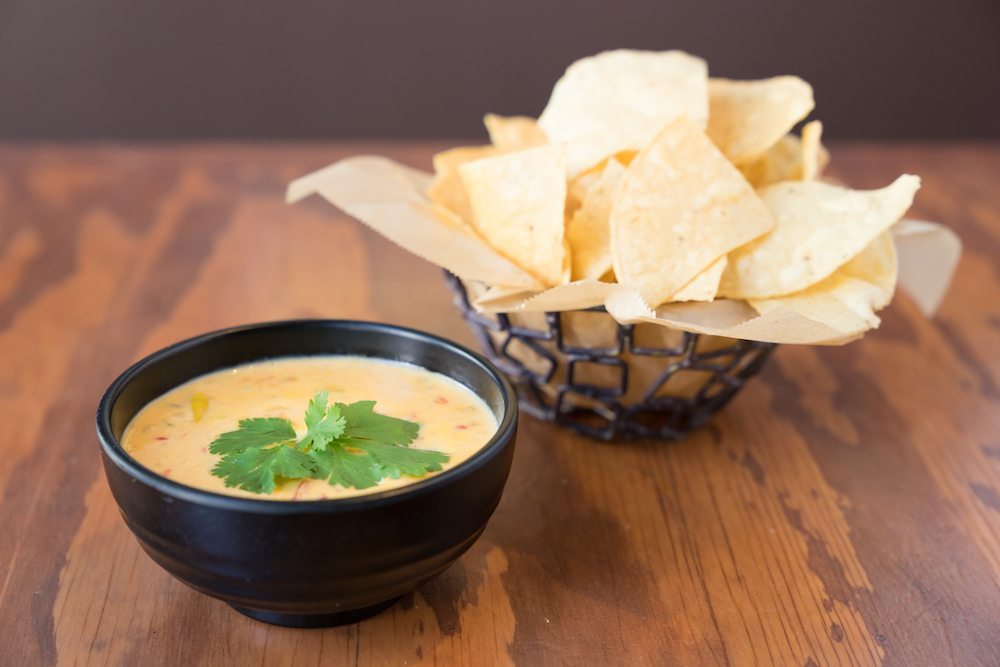 Will you tell us about the Tacolicious brand? I sense a playful irreverence, especially in the names of your menu items, like the Marina Girl Salad and the Ensalada Chingaderas, chingaderas being a foul word which teacher will explain.

From the beginning we’ve always set out to have a good time, to have fun with our customers. And for our staff to be having fun, we believed this would translate into our guests having fun, so the word fun is our theme. We like to play around with our menu items. Like with the Ensalada Chingaderas, not everyone knows what that means, and when they find out they think it’s pretty funny. One of ways we play around is that some of our cocktail names are pretty cheeky, you know. The Marina Girl Salad is obviously a nod to the Marina girl when we were located in the Marina. And actually, when we moved over to the Mission location, we were going to call it the Skinny Jean Salad. But we stuck with Marina Girl Salad. We’re just always out to have a good time. We also trying to be as approachable possible, and accessible as possible, financially, for all the demographics.

San Francisco is a very competitive market for restaurants. I mean the culture here—pretty much everyone out here is a foodie in some ways, for lack of a better term. I mean everyone has their favorite restaurants to go to over and over again. We’re definitely trying to get as inventive as possible. We also have a location down in San Miguel de Allende, called Taco Lab, which is kind of a lab form. A lot of our crew and chefs go down there often to experience the culture down there and immerse themselves into the culinary trends down in Mexico and then bring those ideas back to the states. The owner is actually on a flight there right now. He’s down there multiple times a year working with our chef partner Donnie Masterton, who’s been a longtime friend of Joe’s. They’ve worked together in San Francisco actually back in the ‘90s. 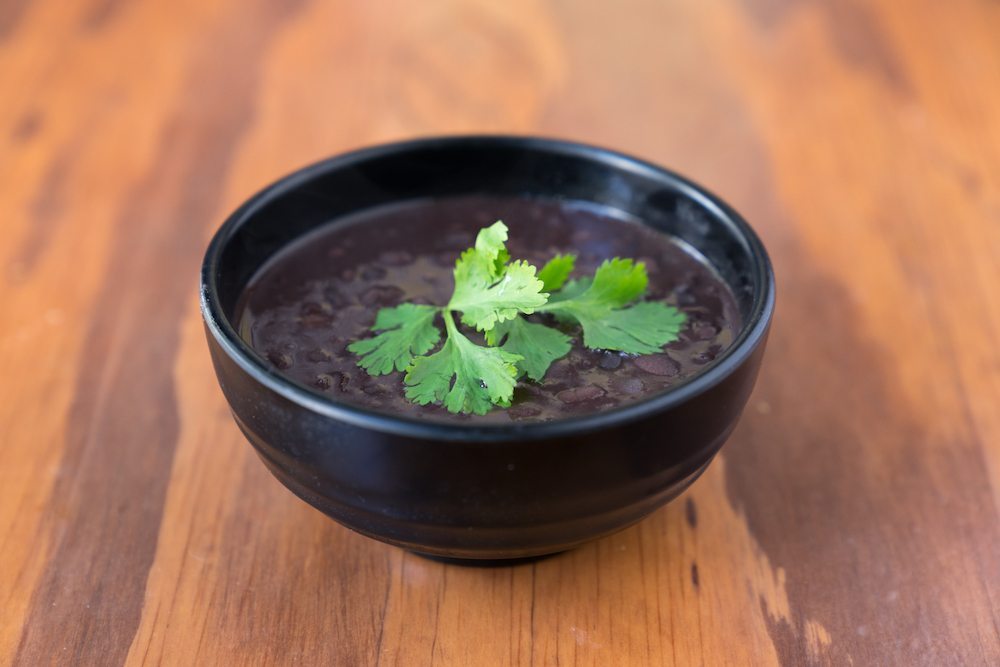 How would you describe the style of Mexican food that Tacolicious (and Tacolicious catering) serves?

What makes a great taco? I mean, is it minimally sauced? Is it to keep it simple? Is there a technique? What do you guys do at Tacolicious to make your tacos unique?

The tortilla definitely makes a big difference, having light and fluffy tortillas. We get ours from La Palma, and they’ve been doing it for decades and they make all of our tortillas. So the tortillas definitely plays a big factor in it and also using good products. A good amount of our tacos are braised and so we can keep cranking them out, cranking them out, and so we can quickly serve our customers. Our restaurants are pretty fast paced. But as far as what makes a great taco, I think it’s really a nice fresh tortilla. 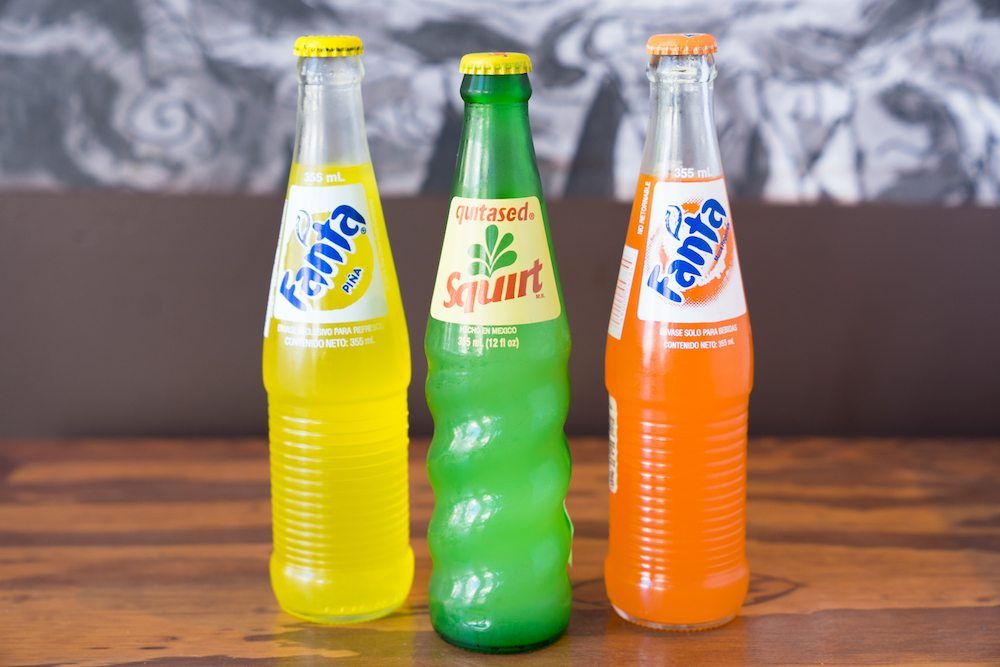 How do you make Tacolicious catering unique?

Our tacos are something a little bit different, and our food translates really well from dining in the restaurant to catering. Most people can’t even taste the difference. Another way is that we have full-service catering, we have a beautiful setup with bright bowls and we have pots to keep the meats in, to keep them warm. Over the years we’ve gone from doing house parties and baby showers and birthdays, and now it’s grown and grown and grown. Now, I think it’s three to four double weddings a year which is pretty impressive for a taco shop.

We definitely seen a trend with us specifically and also in the Bay Area with weddings and larger events with the standard airline chicken breast or the fish option. At weddings now, we’re definitely seeing a trend in San Francisco catering, you’ll see a taco bar or food truck or a nice pizza place. There’s definitely a trend in San Francisco catering for a different fare at larger events and corporate events and weddings. People want good food in the Bay Area so that’s what Tacolicious catering is here to do.

What three Tacolicious catering dishes would you recommend for San Francisco catering? 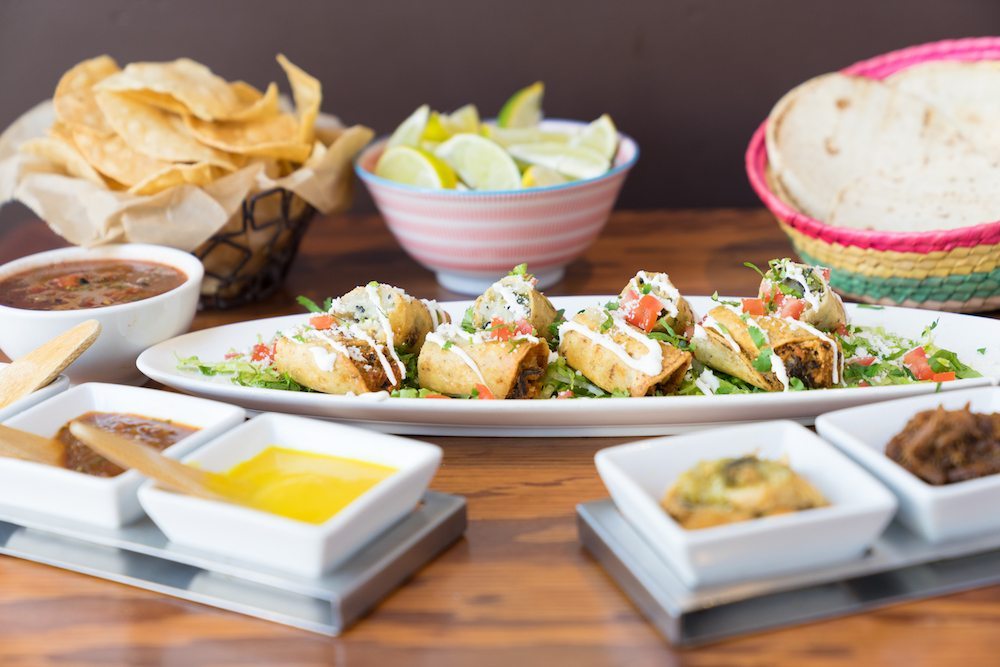 Existing in a constant state of grievance for good tacos?