Rod Dupen had no intention of starting a waffle business. Neither did his neighbor John Power, who would later become his business partner for their restaurant venture Waffle Brothers. Power was involved in real estate. And Dupen, a native Australian, was delivering meat via the internet. Then the events of September 11 happened. And everything changed.

Power, in Belgium on that fateful day, was unable to fly home. Stranded in Belgium, he saw everyone eating waffles on the streets. From that unforeseen delay, a business idea emerged.

Once back home in Denver, Power approached Dupen about building a waffle business like those he saw in Belgium. Dupen ran with it. “We had an iron and sugar and started making them,” he said. What Power had experienced was the Liege waffle, a type of waffle specific to Belgium. He knew this waffle deserved a place in Denver’s evolving food scene. 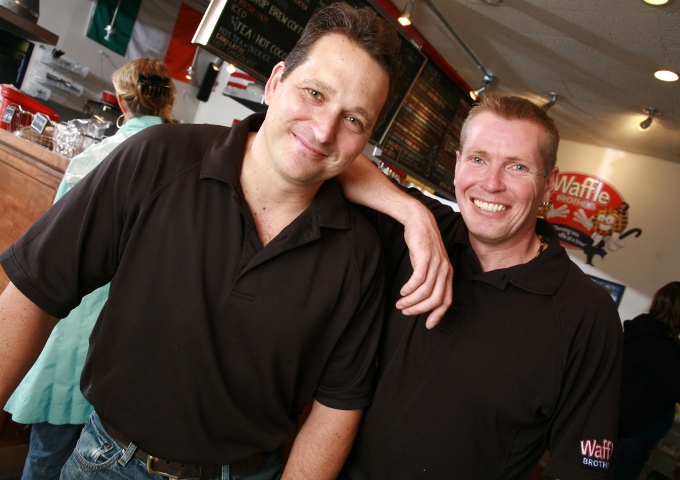 The concept of crisp-edged waffles are as old as the hills. Well, at least as old as the Middle Ages, according to PBS, when they first appeared in Holland. When exactly Liege-style waffles emerged on the scene is murkier. A yeasted waffle, Liege waffles are as broad-shouldered as their Belgian brothers. But these waffles are made with pearl sugar, Rod Dupen explained. When that sugar is exposed to the searing heat of the waffle iron, the sugar melts and crystalizes. So when you bite into the waffle, you get little pockets of sugar spread throughout the dough, Dupen added.

Food writer David Leite of Leite’s Culinaria claims Liege waffles are the most common waffle in Belgium. There it’s sold from vans at street markets and in shopping areas and eaten as a snack throughout the day. In the US, Liege waffles are not as well known. Thanks to the Waffle Brothers’s expanding restaurant and catering domain, that is about to change.

After years spent perfecting the recipe, the owners of the Waffle Brothers were ready to see what Denver thought of their unique waffle. “We did waffles for dessert at a charity event for 150 people,” said Dupen. It was an instant hit. The duo, who took on the moniker “the Waffle Brothers,” launched their business as a street vending cart, selling Liege waffles with fruit at farmer’s markets around Denver. That was 2006. Word of mouth helped build the business, and catering took off in conjunction with the cart. 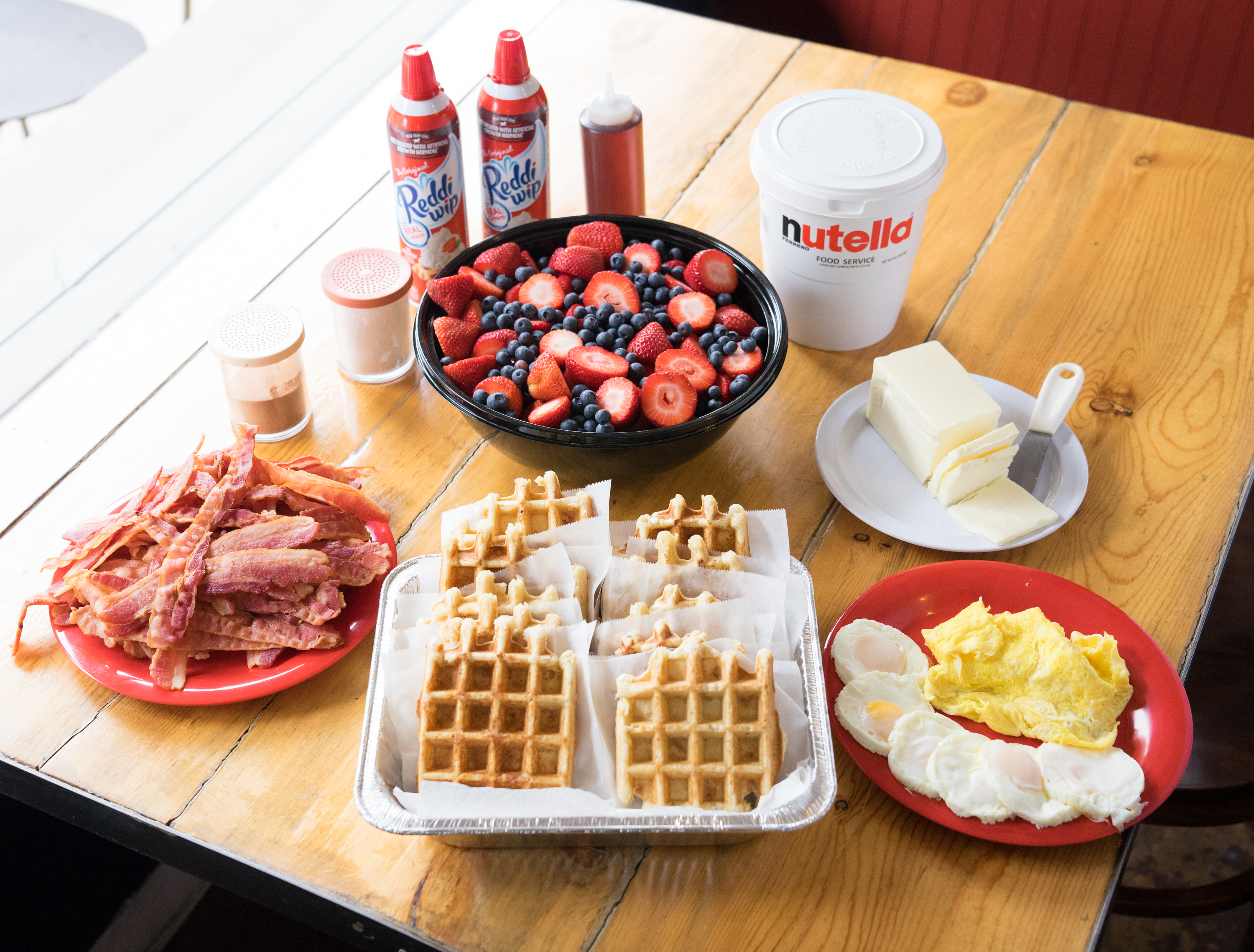 But economic forces were not yet finished with Rod Dupen and John Power. Along with the carnage that resulted from the 2007 financial crisis, the resulting economic downtown nearly laid waste to the Waffle Brothers who saw their catering business dry up. “[Luckily] we were not yet in brick and mortar. It was difficult to keep it together but we would have lost our shirts if we were in a shop at that point,” said Dupen.

Like-minded from the start, the Waffle Brothers kept at it, serving up their caramelized, golden Liege waffles with fruit or a side of sausage to all comers. (This remains their most ordered catering option.) “Was it the stupidity of an entrepreneur? Probably,” said Dupen. “But we had a following.” Their catering business slowly picked up and the duo worked out of a commissary kitchen to keep up with demand. They knew then that they had a keeper.

The business grew into a storefront, then a second. Responding to customer demand, the Waffle Brothers went back into the kitchen to attempt a gluten-free version of the Liege. Hundreds of attempts later, they had a winner. More customers requested chicken and waffles. Though Dupen and Power did not predict this menu addition, they approached the challenge with gusto. Could they do for chicken what they had done for the waffle?  “We were two white guys trying to do fried chicken so we knew it had to be really, really, really good,” said Dupen. It’s a winner, an ideal dish to represent Denver’s glorious food scene. Now a standard menu item, chicken is a great way to add a punch of protein to breakfast catering. As the Waffle Brothers explore franchising, waffles—and chicken—are at the top of the menu.

For those who want golden waffles for the office, Waffle Brothers offers business catering. On its catering menu, you’ll find traditional, vegan, and gluten-free Liege waffles, as well as other breakfast and lunch items, suited for board meetings and office power breakfasts.

Want crisp-edged waffles for your next office event?

Search for a restaurant that caters near you