When chef Brian Dukes put heaps of fried chicken in his belly, surely enough to gain fifteen pounds—it was a form of honest, hard work. From late December through March, he walked into a spate of restaurants and ordered the same thing. Pieces of plump, honestly sized chicken dipped in batter, dusted with flour and spices, and fried to a crackle. He ate enough fried chicken to set his face aglow.

But he didn’t just eat it—he’s not your average chicken-eater. He detected differences in warming spices, in white vs. dark meat, bone-in vs. bone-out. He analyzed the crunchy coating that sometimes played beautifully off the chicken, sometimes slid off.

Brian Dukes is the vice president of culinary and operations excellence at the casual dining chain Fatz Southern Kitchen. The company had asked him to improve its signature Calabash chicken. Making a tasty fried bird even tastier is an enormous project in the South, where all 43 locations of Fatz Southern Kitchen stand. Fried chicken joints in the South are aplenty. And if you try to muscle your way toward recognition for serving good fried chicken to a region of fried-chicken know-it-alls, you’d better do your research.

So that’s what Dukes did. He and his crew painstakingly ate fried chicken from every fried-chicken purveyor they could think of, including a gas station known for its superb rendition. They pored over cookbooks, tested recipes, set up a dedicated fryer, and concocted 20 to 30 recipes before they all agreed they had landed on The One. 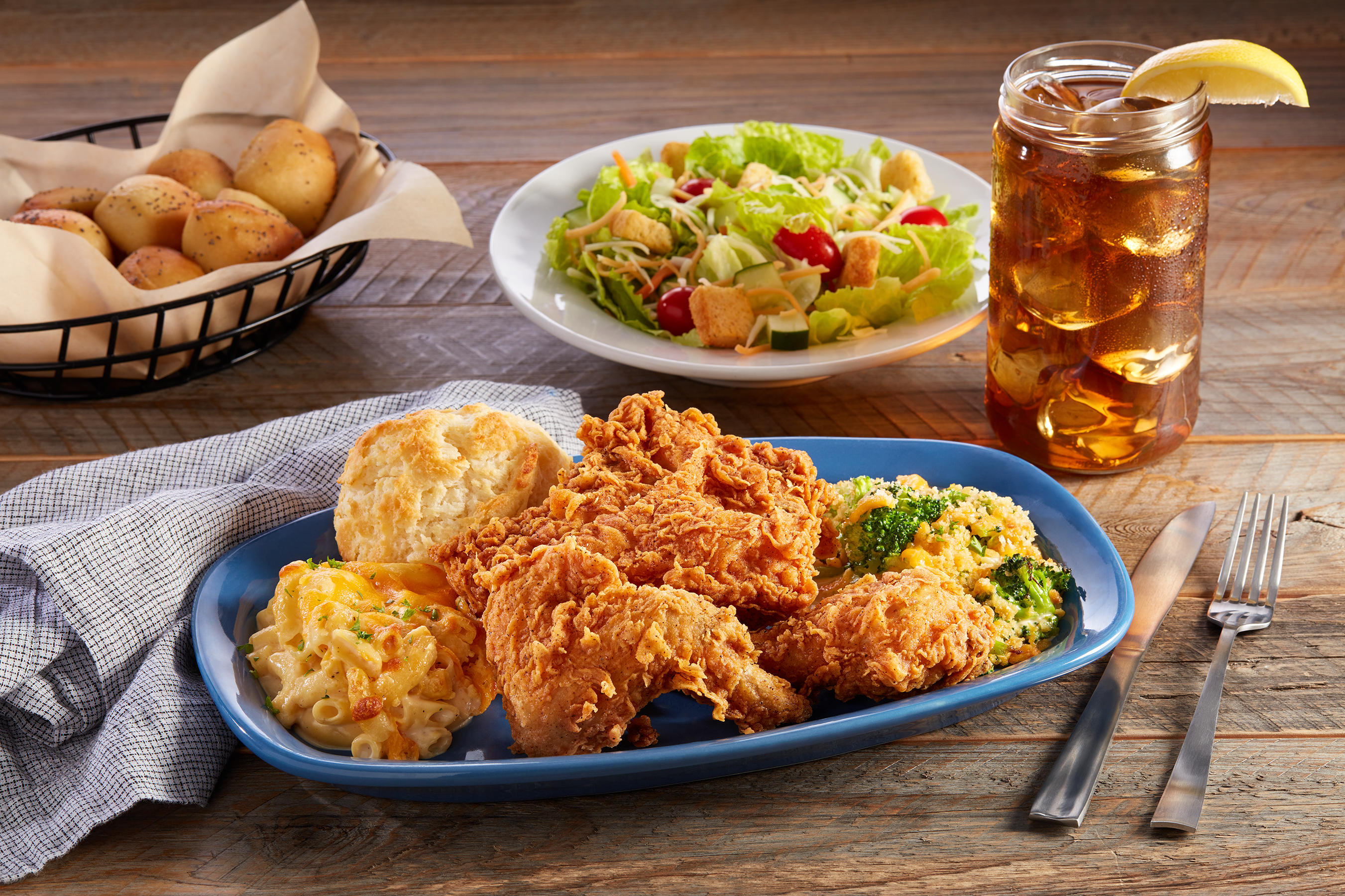 In addition to overseeing the menu at Fatz, Dukes is also in charge of training operators and chefs. He often introduces new techniques to the team. “We talk about why we do things,” he said. “[We] get a little bit [into] the science of cooking with our staff.”

A finer point about Dukes, though he’s too humble to mention it, is his impressive pedigree. He did a stage at one of Alain Ducasse’s restaurants, the world-renowned French chef once called “the brightest, seventh star.” Dukes was also blessed with the opportunity to cook at the legendary James Beard House in New York, a feat most chefs aspire to achieve. It was his proudest moment, preparing a beautiful Lowcountry meal of stuffed quail, She-crab soup, crab cakes, and pecan pie, his grandfather’s recipe.

Despite coming from the stage of fine dining, Dukes doesn’t feel at Fatz like a fish out of water. He’ll tell you that one of his first jobs was at a LongHorn Steakhouse. Plus, he enjoys the pace of working at a place like Fatz. Indeed, the Southern chef’s creative collaboration with the chain appears well matched, like biscuits and gravy.

Fatz opened in 1988, in a converted peach stand, in Spartanburg, South Carolina, known as Fatz Café in those days. The brand is modernizing itself with a new name, Fatz Southern Kitchen. But its mission remains the same: serving delicious, house-made food with Southern hospitality. With Dukes at the helm, the kitchen pulls in as many local, regional ingredients as possible to pay tribute to the South. 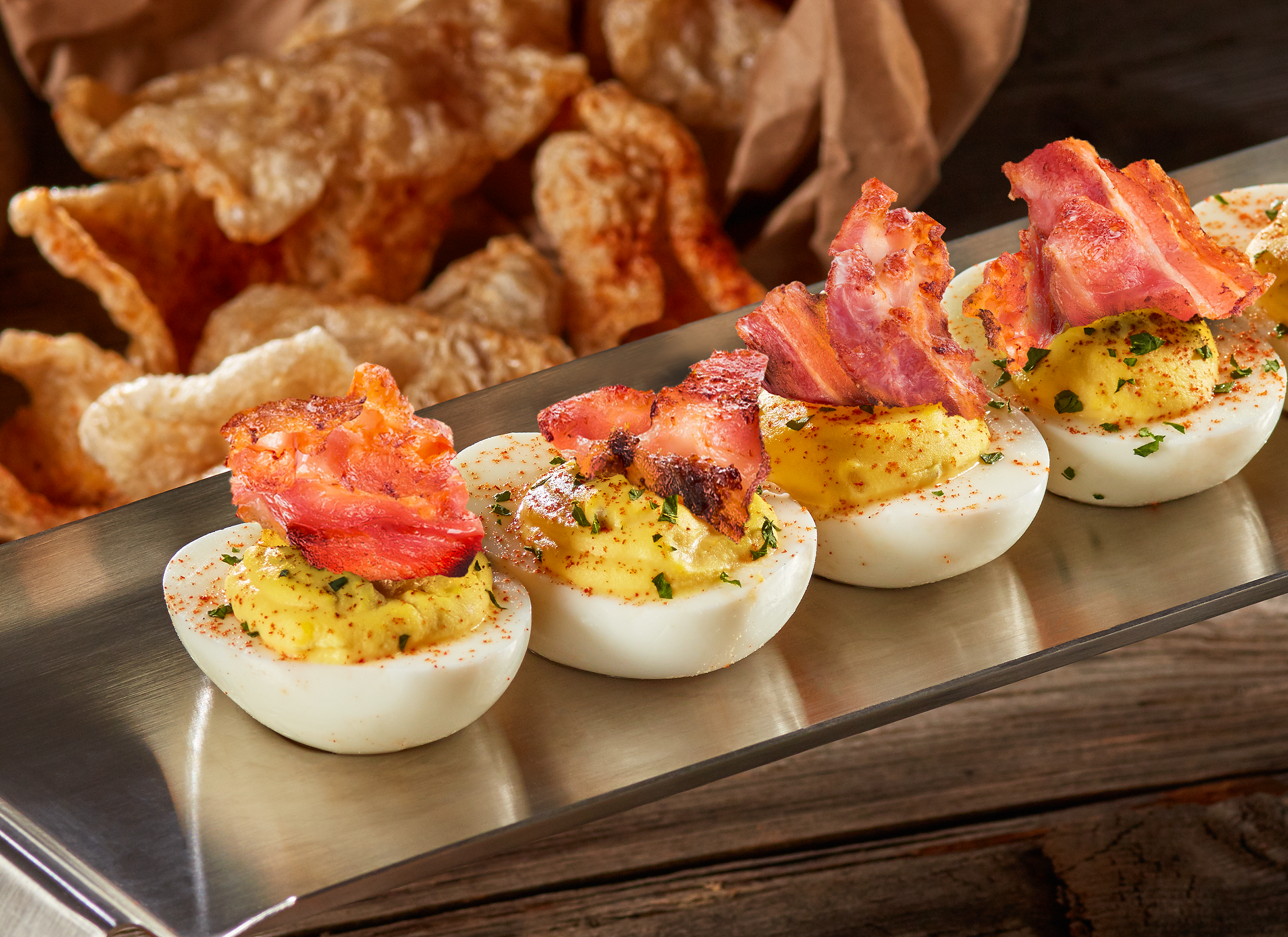 Their catering packages also pay tribute to the South. The Fatz Thanksgiving catering package is something to behold. Precious deep-fried turkey—crackly seasoned skin, succulent interior—placed at the center of a Southern feast. Add a gallon of sweet tea and you’ve got a picnic.

The bacon-wrapped meatloaf—which Dukes handcrafted during an intensive period of research—is extraordinary. A glowing hunk of meatloaf—steaming and fragrant—with mashed potatoes and green beans is so delicious you might disappear all afternoon for seconds, thirds, dibs on leftovers. The creamy one-bite deviled eggs will blow some minds (perfect for stand-around business events). So will the Calabash chicken tenders, marinated in buttermilk for 24 hours and hand-breaded and fried to order. You’ll find your own rhythm munching on these.