Can Kombucha Get You Buzzed at the Office? 6 Myths Debunked

While bottled kombucha is suddenly the trendiest drink at the office, it’s surrounded by a host of myths. So we’re calling in our team of mythbusters to answer your questions about this tangy, effervescent drink.

False. This fizzy, refreshing drink begins as sweet tea, but it’s fermented with a culture of yeast and bacteria. After seven to ten days of fermenting, the tea becomes kombucha. The drink has a unique sweet and sour taste, similar to the flavorful balance you’d find in apple cider. Kombucha comes in a wide variety of flavors, too, like blueberry and basil, pineapple and peach, or ginger and mint. 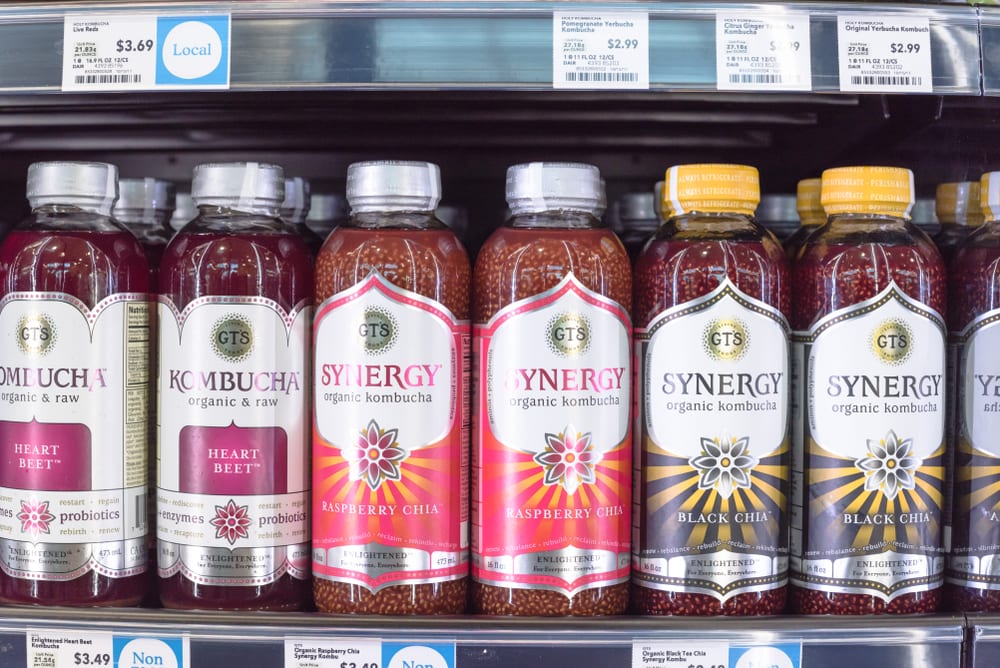 2. Kombucha can get you buzzed at the office.

False. Kombucha is an alcoholic drink. But despite the juicy rumors, you can’t get buzzed on kombucha. The alcohol levels of most bottled kombucha are negligible. When properly refrigerated, as it should be, kombucha stays right around the 0.5 percent alcohol limit—a level that won’t make your colleagues feel like starting a party.

False. This myth is likely related to kombucha’s fermentation process. When the sweet tea is fermented, the colony of bacteria and yeast, called scoby, looks like a giant mushroom cap. We assure you: despite the popularity of this myth, you won’t find magic mushrooms in kombucha.

False. The amount of sugar in kombucha varies. But during the fermentation process, the bacteria introduced to the tea gobble up most of the sugars. That’s why kombucha is a much healthier alternative to soda or other sugary drinks. 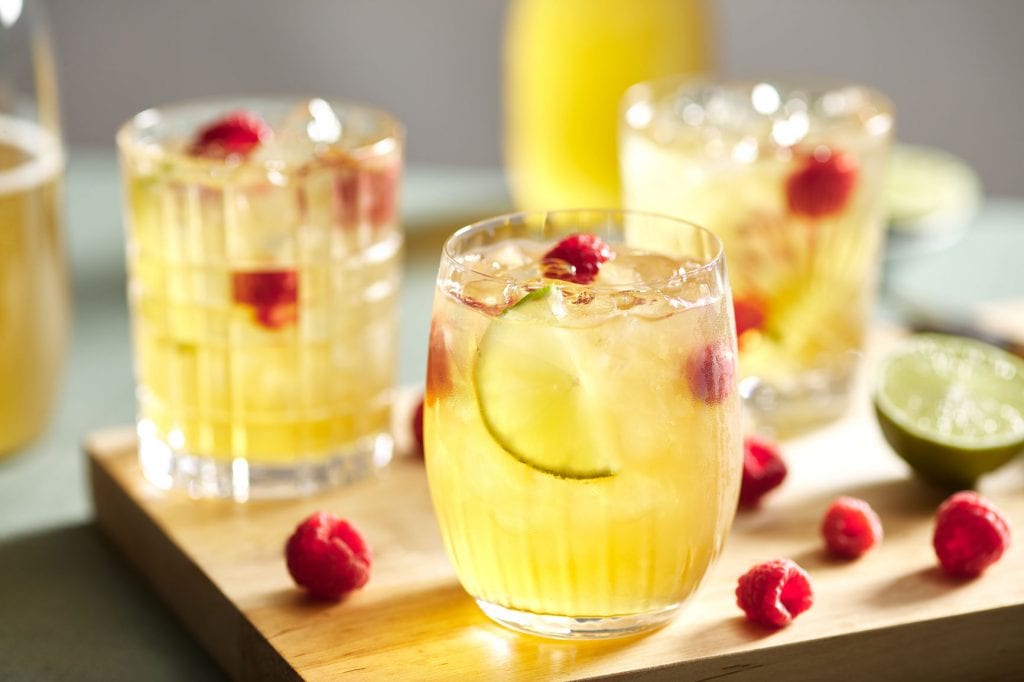 5. Kombucha is a cure-all, from arthritis to cancer.

False. There’s no science to back this up, and some medical professionals think the brew is dangerous. Still, the drink continues to be a craze in the wellness world. The health benefits of kombucha are largely attributed to probiotics, the “good bacteria” that may help regulate digestion, boost the immune system, and prevent infections in the digestive tract. Kombucha’s popularity is part of a larger trend in “probiotic” foods, like kimchi, miso, and kefir.

6. Kombucha and kombrewcha are the same drink.

False. Kom-brew-cha, not to be confused with kombucha, is the boozy “hard” version of the bottled drink. The carbonated tea-beer contains about 7 percent alcohol. Some social drinkers turn to kombrewcha as a low-alcohol, gluten-free alternative to beer. Andrew Clark, the brains behind the hard-kombucha brand Boochcraft, tells Wine Enthusiast that drinkers report feeling less groggy-eyed after a night of indulging.

Learn about more trendy drinks to energize your morning meeting.

Here are some beverages to try this year