When a Yes or No Won’t Do at ezCater

In Heidi Adams’s classroom, it’s never a yes or no answer. She trains employees to think open-endedly about problems, and empowers them with the ability to exercise their voice. She posits that if you teach people to press a button, you’ll only create a culture of button pushers. She understands that autonomy is uniquely powerful.

Heidi Adams works at ezCater training our customer service “ninja” team. In recognition of her work, we awarded Heidi with our ezCater “move fast, break things” cupcake this month. We spoke with Heidi Adams one afternoon about working at ezCater.

What’s it like working as a trainer at ezCater?

Something we do that a lot of other customer-service call centers don’t do is empowerment. We give our [customer-service] “ninjas” a great deal of autonomy. They don’t need to ask a supervisor for permission to make a decision, like help a customer get a refund or try something outside the box to solve a problem. They’re completely empowered to do all of that on their own.

And that’s new and different for many people who come from a customer service background. They’re used to being held back. Here, we set them free. We say, You’re an intelligent person, you’re an adult. You don’t have to constantly ask for permission to do what you know is the right thing to do.

How do you do that when you’re training people whose reflex is to hunker down in a hierarchical work culture? Especially when working at ezCater isn’t like that at all?

We almost have to deprogram them a little bit. A huge part of it is modeling that behavior every day, showing them we trust them. Every time they’re in the classroom, we ask them a question where there isn’t a yes or no answer. They say, Well, what’s the right answer? We say, What do you think? And they’ll say, I don’t know because I’m not really trained.

A lot of it is fear. There are companies that say they want their people empowered. They say they want you to use your brain. But after you’re hired, when you actually try to use it, or when you try to change something or contribute, it’s sort of like, Why don’t you just do your job the way we told you and don’t worry about this other stuff.

We have to demonstrate starting on Day 1 that that’s not how we operate. 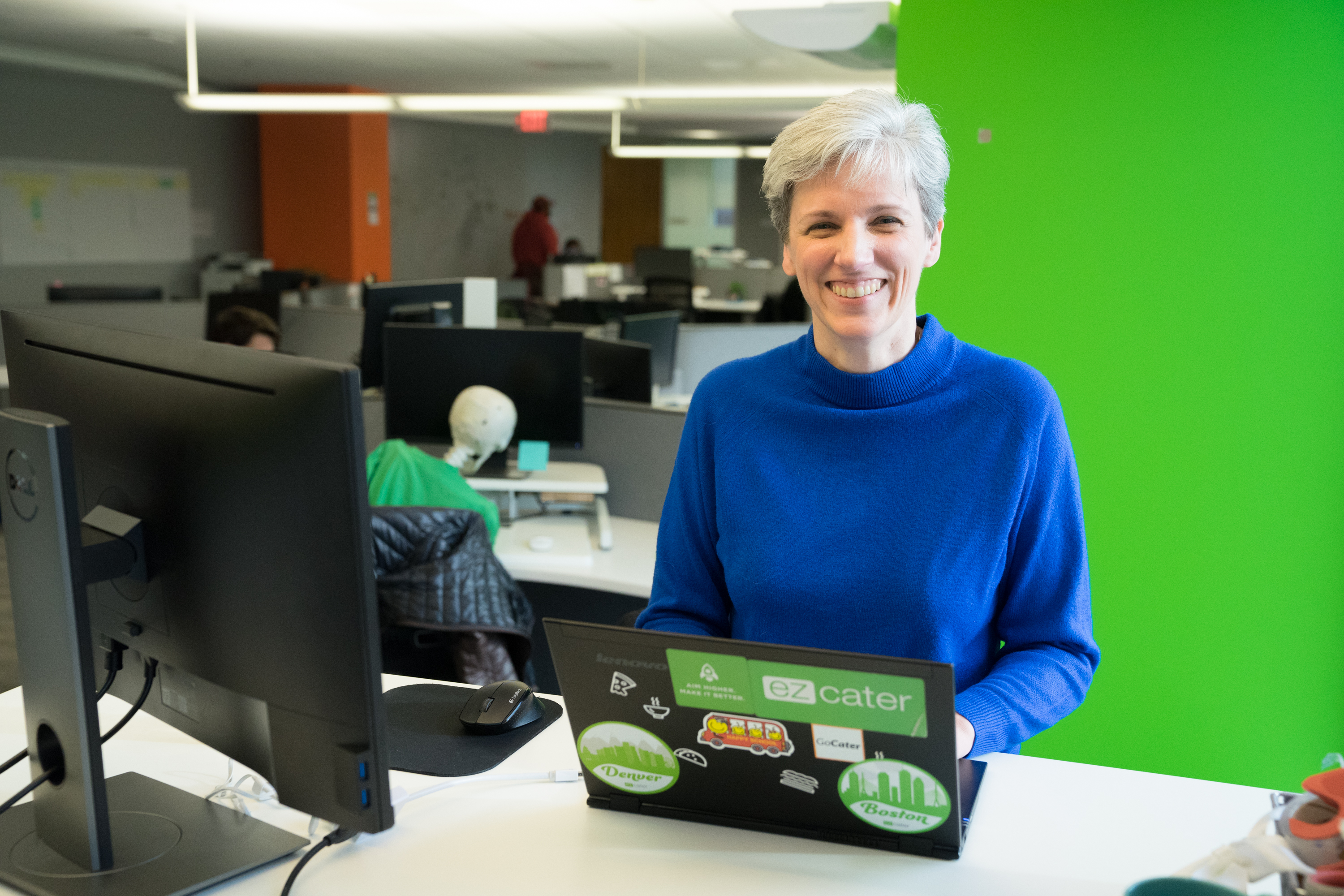 Yes, I am, I am. I have a master’s degree in adult education and organizational learning.

I found out about this profession when I had a job at a very large company, the kind of company where you first go in and you have to go through training. The first day of taking that job I’m sitting in a classroom and there’s a person in the front telling us about the company. They’re sharing our benefits with us, and they’re telling us the information. And I thought, I would have said that better; I wouldn’t have put it that way.

You know, they’re taking exciting information and making it sound really boring instead of welcoming us to this company and saying what a great opportunity you have to work in this company.

I thought to myself I would enjoy conveying information to people. To me knowledge is nothing if it’s not being shared. I can be the smartest person on earth but if I’m hoarding that knowledge, it’s useless.

There are companies that say they want their people empowered. They say they want you to use your brain. But when you try to contribute, it’s sort of like, Why don’t you just do your job the way we told you. That not how we operate. Click To Tweet

What’s one surprising thing that has happened to you in the classroom while working at ezCater?

Oh gosh. An ezCater classroom? So many things!

So, in our [internal system called] Freedom, it used to take several mouse clicks [and three buttons] to perform a certain function. The process was very cumbersome.

A new employee [I’m training], third day on the job, wanted to know why, if we always click all three buttons, we need all three. Why is it three buttons? Why not just one button?

And I said, That’s a really good question. Let’s go find out.

By that afternoon it was one button. Wow. So, here’s an employee, third day on the job, helping us change things with immediate effect. That’s Moving Fast. The lesson that student learned from that experience was everyone can make a positive contribution, even when brand new to the company. The fact that you’re in this room means you already have something to contribute. We hired you because we saw your potential.

Interested in working with Heidi Adams at ezCater? We’d love for you to join us.