Working at ezCater: From Espresso Jolts to Ninja Face Off

Before working at ezCater, Lauren Picklesimer spent her days hovering over the espresso machine at a Peet’s Coffee, tamping ground coffee and studying the honey-colored extractions of one-ounce espresso shots. As the store manager she learned all the intricate movements of her job: she prepared cappuccinos, managed staff, fussed over customers, fixed mistakes, and called all the shots. She also played witness to the slow build of early morning lines and learned how to recognize trouble. She was never struck dumbfounded by the chaos of this work, despite the fact that customer-facing positions are formed on stressful encounters and managers are often at the mercy of the whims of the day. Lauren was determined to infuse her energy into the role. She had an unflappable work ethic and worked on the assurance that her customers would enjoy the experience if only she did everything in her power to ensure it.

When Lauren started working at ezCater, she ceded to the same work ethic. Lauren now works as a customer-service ninja, “ninja” being the metaphor that ezCater uses to boast the prowess of its customer-service team. The way Lauren performs her role—carefully planning her route across obstacles, propelling herself in feats of unthinkable exertion, swinging from one project to the next purposefully, in stellar performance—she nearly animates the mythic ninja to life. 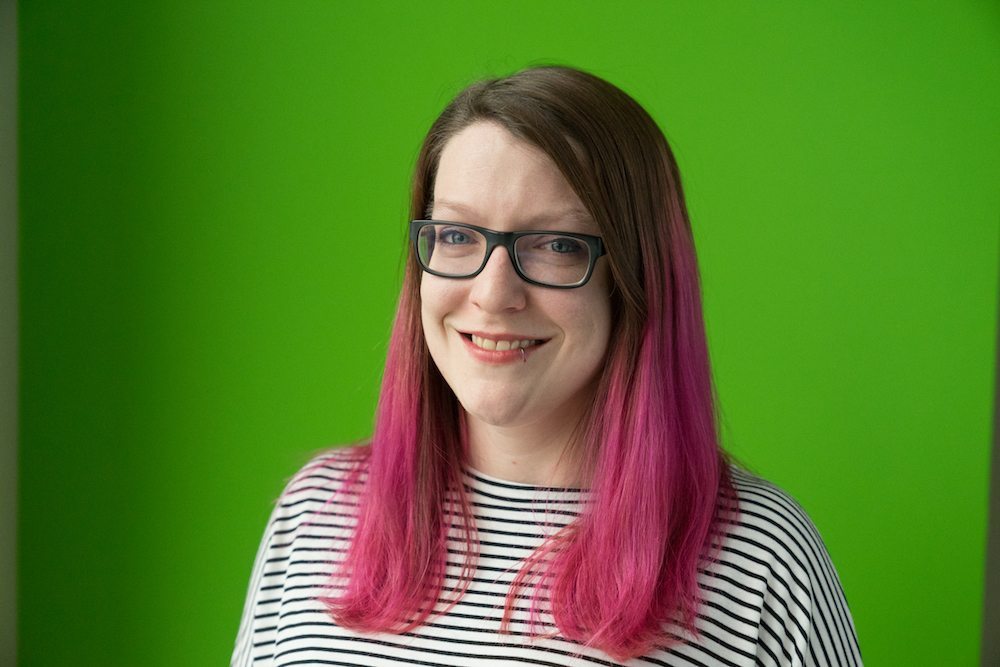 “As a ninja, most of the day is spent ensuring that our customers and catering partners have positive experiences, but occasionally things do come up and we have to make quick decisions to turn a negative experience around,” Lauren told me about working at ezCater.

Lauren recounted a time when she had to fix a problem for a short-staffed caterer. At the last minute, the caterer called ezCater to back out of delivering a catering order—about an hour before the catering was scheduled to be delivered. Lauren didn’t even flinch at the stressful news. She made a few (crucial) phone calls, orchestrated a careful plan (and a backup plan) to set the food delivery in motion, and got the catering to show up on time. She even made a number of thank-you gestures to smooth out ruffles. 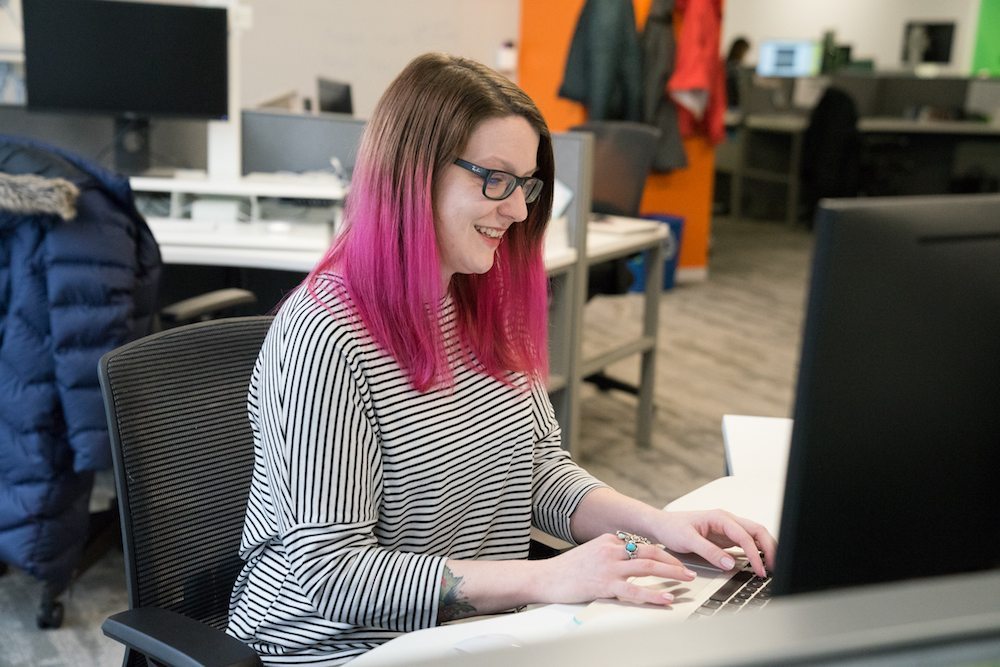 Working at ezCater Lauren practices a style of service that many people would regard as exemplary. She has a talent for staying organized and empowering herself with information. She’s also, admittedly, a bit of a workaholic. Outside of work she makes it a point to check her work email for problems that might have cropped up overnight. On the MBTA subway, if the WI-FI service isn’t shaky, she slacks the early morning crew to prepare for the day. She likes knowing how the day is going before she walks into the ezCater office. She’s interested in helping out in any way that she can, and she likes to prepare for all possible outcomes. She grabs a cup of “Dunks” on the way to the office and spends the rest of the day processing tax exemptions, managing social media accounts, and giving out pointers to new ninjas. She rarely leaves the office at the end of her shift—she likes to hang around and talk to her colleagues. She says she enjoys learning about people, what their lives are like outside of work. Then, on her way home, she does one final round of email and Slack before focusing on her own life, which she shares with her husband, two cats, and a dog.

This month ezCater has acknowledged Lauren’s dedication with the “own it. figure it out” cupcake. The award is part of ezCater’s culture code, called the ezCater “culture recipe,” which comprises of nine playfully disruptive phrases like “move fast, break things” and “no assholes.” What has carried ezCater through is a team of wicked-smart employees like Lauren who display character traits of being humble, effective, adaptable, remarkable, and eager to help the company grow.

Early this week, in one of the sun-streaked offices of ezCater, we chatted with Lauren about working at ezCater. 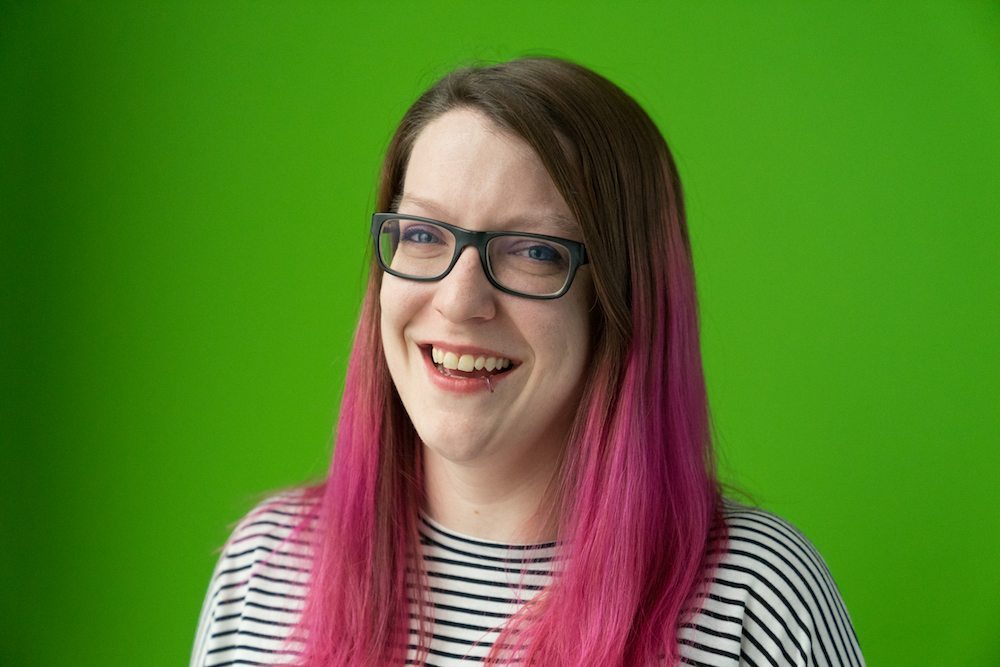 What about working at ezCater most excites you?

Aside from getting to work with the family of friends I’ve built here, I truly enjoy coming across anything that allows me to utilize my attention to detail. There’s absolutely nothing better than solving an issue I’ve never solved before or being able to explore a part of the process I’ve never seen before.

What lessons have you learned from working at ezCater?

Over the years, I’ve learned that things aren’t always going to go as planned and that it’s really easy to take things personally when things go wrong. At ezCater, however, I’ve learned to apply my multi-tasking skills and ability to prioritize to the fullest extent. If something unexpected pops up and I’ve done everything in my power to make it right, I find it a lot easier to cope with a less-than-desired result. If a customer or caterer knows that I’ve done all that I can to help them, whether I succeed or not, it’s going to be evident to them that I didn’t just throw in the towel.

What advice do you have for someone looking to do what you do?

Don’t be afraid to ask questions or suggest new ideas! The only way you or your company will progress is if you are eager to be a part of the improvement process. 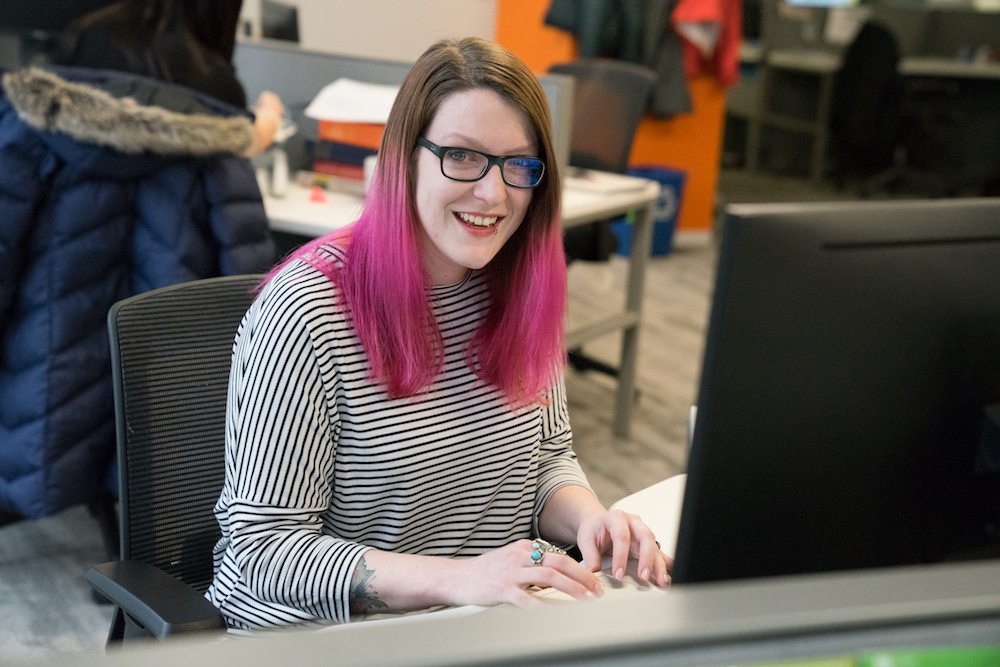 Working at ezCater there are a lot of perks. Which perks do you enjoy the most?

I think it’s really hard to find an employer whose CEO constantly expresses her gratitude for your team’s hard work and fosters an environment in which we’re all comfortable talking to management about both positive and negative things. But also having team outings to get to know your coworkers in a non-work environment is pretty cool. I’ve met some really great people in the last year and a half and I’m incredibly grateful.

Working at ezCater, you work really closely with you team. What do you like most about your team?

I love being a part of the customer service team. Each and every one of us is unique and has our own life stuff going on, but we all have the common trait of just wanting to help. Though I haven’t had the chance to meet all of the ninjas in our other locations face to face, I have a connection to them because we problem solve together and never leave anyone hanging! Knowing there is always at least one other person who can help you out if you’re stuck or just need a second set of eyes to proofread an email is amazingly comforting.

What do you like about working at ezCater and being in Downtown Crossing? Do you have any picks for the best places to eat?

In the heart of downtown Boston, there is always something to do if you’re in the mood to try something new. I love hitting up Fajitas & ‘Ritas for a quick bite or a frozen margarita on a hot summer day. When I’m feelin’ fancy, my husband and I like to have date nights at Ruth’s Chris. But as long as a restaurant has filet on the menu, we’re willing to give it a shot!

What are some of your favorite things to do in the Boston area?

My husband and I met when we were both teenagers and still had the energy to go to concerts or shows and stand in the pit and sing along with our favorite bands almost every night. We’re a little older and a lot more boring now, but every once and awhile, we like to hit up a local show at whatever dive bar—though we typically prefer to find somewhere to sit and sing along these days. On low-key days, nothing beats a walk around Jamaica Pond while playing Pokémon Go…though I might be one of like five people who still actively play that game. (I’m a huge nerd and even have two Pokémon tattoos.)

I’d like to be able to say I always make healthy snack choices, but nothing beats finding gushers in the kitchen! Most nostalgic snack ever.

Want to work at ezCater? Check out our open positions below.